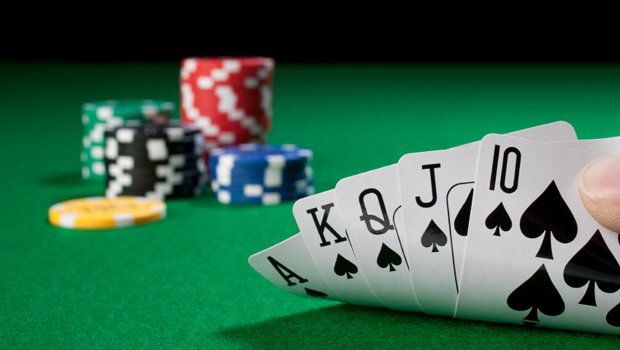 We say “Good luck!” to people we wish well. And many of us have our own good luck charms and rituals. But does any of it make a difference? Do we REALLY make our own luck? Our Cover Story is reported by Susan Spencer of “48 Hours”:

Whether you’re hitting the slots in Vegas, running for president, or hoping to hear your name called out at tonight’s Emmy Awards, you probably could use a little luck.

“Luck itself is beating the odds,” says mathematician Joseph Mazur. “You have a power over your destiny. So, that’s, to me, what luck really is.”

“It is a powerful thought, and I think we all have it in some way.”

Mazur harnesses his luck by writing about it. He says there’s a reason why people have believed lin uck since caveman days: It helps us cope with life’s uncertainties.

“We know the present, we know the past, but that future -- we want to be sure that we have it all under control,” Mazur replied. “Many people have some lucky charm, like a rabbit’s foot.”

Or whatever else gives them that elusive feeling of control: One in three Americans believes that finding a penny brings good luck. One in five knocks on wood to ward off bad luck; and about that same number avoids walking under ladders.

But that implies that we have control over luck? “Exactly.”

“Do you think we do?” Spencer asked.

“I think we do, absolutely!”

Good news! Unlike the superstitious masses, Starr claims to have luck down to a science, even naming her blog The Science of Luck.

She says she thinks she’s lucky. ( “Yes, absolutely!”) It’s that upbeat attitude that makes lucky people lucky, she says. Think positive, and things will turn out that way.

“There’s a lot of research showing that optimistic people do make their own luck, because they have a higher self-esteem, and so they’re more likely to persist after failure,” she said.

Take actor Jon Hamm, who seemed to credit luck when he won an Emmy last year. Before he landed his starring role on “Mad Men,” he had been acting in relative obscurity for more than a decade. He simply kept at it.

“All it takes is that one audition,” Starr said.

“I think for anything in the arts, or anything where there’s that little element where someone has to be chosen by someone else, where it’s a subjective decision, there is an element of luck,” said Starr. “’Cause there is a little bit of randomness that is outside of your control.”

And how about the science of luck? University of Pennsylvania professor Michael Kearns writes algorithms designed to control luck on Wall Street.

For him, luck looks like a curve: “This is basically ...a representation of your payoff as a function of a probability of event.

“Many people on Wall Street take a pretty scientific approach to thinking about luck and to shaping their luck.”

Along with teaching, Kearns works for a hedge fund coming up with “luck-shaping” formulas for investing, combining a stock’s history with the client’s appetite for risk: “I’m gonna compute what the optimal portfolio or mixture of stocks would have been to maximize your payoff.”

To make YOU lucky!

But the science of luck goes out the window when it comes to other get-rich-quick schemes we love. Take the lottery ... no, on second thought, DON’T!

“The lottery is definitely one of these bets where the odds are so clearly not in your favor,” said Kearns. “Your expected payoff is negative, right? You expect to lose your money.”

He claims he has never bought a lottery ticket. Not one. “You don’t like lotteries much as an investment strategy?” Spencer asked.

OK, so by now you’re probably feeling pretty lucky. With the right algorithm and a little optimism, you, too, can be rich and happy, right?

Not so fast. At your local bookstore, you may find an entirely different story, like the one behind the award-winning novel, “Fieldwork,” by Mischa Berlinski. “It did okay, it didn’t do very well,” said Mazur.

Until it got an astonishingly lucky break ...

“Stephen King -- THE Stephen King -- walks into a bookstore,” said Mazur, “and he picks up this copy of a thing called ‘Fieldwork.’ He buys the book and he thinks it’s wonderful, and he writes for Entertainment Weekly, essentially he’s saying, ‘This is the Great American Novel.’”

The up-shot? It became a finalist for the National Book Award.

In other words, luck is NOT something we control. Stuff just happens.

“The world, in some sense, is just intrinsically random,” said sociologist Duncan Watts, a principal researcher at Microsoft. He says success is mostly arbitrary.

“The Mona Lisa is probably my favorite example of the role of luck in success,” Watts said. “It’s probably the most famous painting in the world and the most famous painting in history. And yet if you’re like me and millions of other people, and you went to the Louvre, and you finally saw the Mona Lisa, you might have been just a little bit disappointed. You sort of look at this painting, and you think, ‘Really? That’s what all the fuss is about?’”

The fuss all began with a series of chance occurrences, with the painting only becoming famous in the last century. “It sort of sat in palaces of kings for a couple of hundred years,” said Watts. “This young Italian who was working at the Louvre was apparently disgruntled that this masterpiece that rightfully belonged in Italy was sitting in France. And so he stole it. It sort of became this kinda media fiasco and really drew a lot of attention to this painting.”

“You’re saying that absent that, it might never have become famous?” Spencer said.

“The Mona Lisa got lucky!” he laughed.

But what about the actual painting? Was Leonardo onto something, or is the Mona Lisa’s fame just blind luck?

“I could do a painting,” Spencer said, “and, you know, no matter how much hype and attention it got, it’s unlikely it would be put in the same category with the Mona Lisa.”

Watts laughed. “It’s not that the things that succeed don’t have to be good in some sense. It’s that there are many things that are equally good and could equally have been as successful, and we’ve never heard of any of those things.”

So if you could re-wind the world and let luck play out again, Watts says there might not be a Mona Lisa ... or a Bob Dylan ... or Harry Potter, all of whom benefited from being in the right place at the time.

Our CBS poll found seven out of ten Americans feel the same way. They are mostly lucky, and as luck would have it, that includes everyone we interviewed.

Joseph Mazur considers himself lucky, as does Michael Kearns.