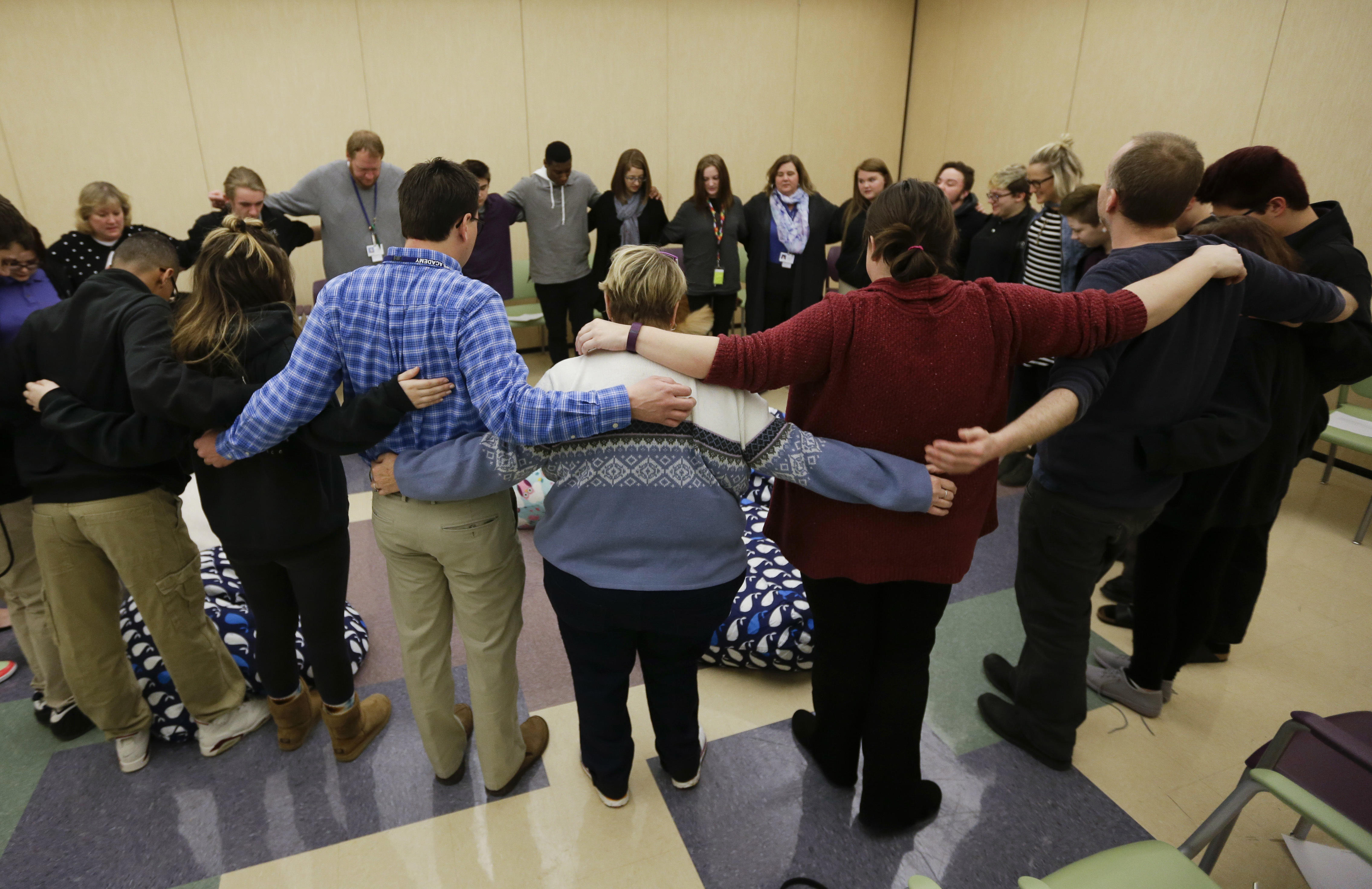 When Logan Snyder got hooked on pills after a prescription to treat pain from a kidney stone, she joined the millions already swept up in the nation’s grim wave of addiction to opioid painkillers.

Youth is a drawback when it comes to kicking drugs. Only half of U.S. treatment centers accept teenagers and even fewer offer teen-focused groups or programs. After treatment, adolescents find little structured support. They’re outnumbered by adults at self-help meetings. Sober youth drop-in centers are rare. Returning to school means resisting offers to get high with old friends.

But Snyder is lucky: Her slide ended when her father got her into a residential drug treatment program. Now 17 and clean, she credits her continued success to Hope Academy in Indianapolis, a tuition-free recovery school where she’s enrolled as a junior.

“I am with people all day who are similar to me,” she says. “We’re here to hold each other accountable.”

The opioid epidemic, which researchers say is the worst addiction crisis in U.S. history, has mostly ensnared adults, especially those in their 20s, 30s and 40s. But each day, 1,100 teens start misusing pain pills, too. Opioids killed 521 teens in 2015, federal data show.

Not enough is known about opioids and teen brains. But getting hooked early is trouble — the vast majority of adults in treatment report they started using as teenagers.

Researchers say young recovering addicts do better at places like Hope, special schools that use peer communities to support sobriety. There are only about three dozen such schools in the U.S., but interest is growing among educators and health officials because of the opioid epidemic.

“I get a phone call every day from somebody who wants to start a recovery high school,” says Rachelle Gardner, an addiction counselor who helped found Hope in 2006 as a charter school through the mayor’s office. “It’s horrible to watch young people die. And who wants that to be our legacy?”

Hope’s 41 teenagers have abused marijuana, alcohol, painkillers and heroin. Most, like Snyder, have been through residential treatment, some more than once. Others, like 17-year-old Aiden Thompson, arrive having had no treatment after a crisis.

“I was really pissed off because I didn’t want to be here,” says Thompson, who came to Hope last year after his mom discovered his vodka and pill stash. “Everything they said, I was like: ‘That can’t be true. No. No way.’”

A week later, though, he found himself talking in group meetings. Now, he said, “I don’t even want to think about where I would be” without the school.

Teens like Snyder and Thompson can change in these settings, even after years of drug abuse, in part because social acceptance is a fundamental need for people their age. The sway of positive peer pressure — what students at Hope call “the community” — is quiet, almost intangible. It’s as simple as two teens passing in the hall: “You all right?” says one boy. The other nods, “Yeah, I’m all right.”

A student council plans events like coffee-and-music mornings. To join the council, a student must have 30 days of sobriety.

“They’re not used to anyone saying, ‘What do you think you should do next?’” Trolson says.

It’s a daily fight, he says. Many have addicted parents or histories of abuse or neglect, key risk factors for addiction.

“Their wounds will start to heal and they’ll come open again,” he says. “You end up addressing those wounds over and over again.”

Thompson, who relapsed over winter break, says he’s learning to focus on one day of recovery at a time. “I’m clean for today and that’s all that matters,” he says. “I don’t want to put all this weight on my shoulders to feel like I have to stay clean forever. I can just take it a day at a time and not be freaked out by it.”

“Just for today” and other Alcoholics Anonymous slogans are the common language at Hope.

The school also embraces treatment with medication and doesn’t see it as a crutch, as some AA adherents do. Two students get monthly shots of Vivitrol to block opioid cravings and one takes Suboxone, another anti-craving drug.

“Whatever mechanism our students need in order to maintain a life of sobriety we will support,” Gardner says.

Nationally, teen drug use is in long-term decline, according to an annual federal youth assessment of risky behaviors. But about 5 percent of high school seniors say they’ve abused prescription narcotics such as oxycodone.

A study out in March in the journal Pediatrics that looked at trends in the use of prescription opioids among U.S. adolescents from 1976 to 2015 found a strong correlation between teens’ taking the drugs for medical reasons and then later taking them for “nonmedical” reasons. In other words, abusing them.

As part of research funded by the National Institute on Drug Abuse, Andy Finch of Vanderbilt University is studying whether kids who’ve been treated for addiction do better in recovery schools. Early evidence shows recovery school students are less likely to relapse than students who attend traditional schools after treatment.

“There’s a place in every community for a school like this,” says Finch, who expects to publish his findings later this year.

On a recent morning at Hope, students and teachers gather for an all-school meeting called “circle.” A golden retriever named Banks pads about, then sits beside 18-year-old Ian Lewis, who hugs him with a tattooed arm.

“Animals give unconditional love and sometimes that’s hard for other people to give to each other,” Lewis says. He wants to be a vet someday. His owl-and-skull tattoo reminds him to be wiser than two user friends who overdosed and a third who died driving drunk.

Today’s circle is led by Snyder, who still has “a lot of hard days” and fears ending up like her user friends who died. She, too, has her eyes on graduation and college.

“We don’t get perfect,” she reads aloud, “but we do get better.”

Snyder’s hardest days are when she wakes up and skips her inner pep talk. Also hard are days when family problems close in, and days when she sees others escaping through drugs and wants to join them. Days when she can’t imagine how she’s going to solve her problems. Days when she feels alone.

Her new friends pull her back from the edge. They remind her that she doesn’t want others to feel around her the way she feels around an addicted family member in her life.

“That helps me to want to get better,” she says.

There are no magic words, Snyder says, for those desperate to rescue a young addict.

“Presence helps me rather than words,” she says. “If I don’t want you to talk, then don’t talk. Listen to me.”

Above all, she wants to hear she’s not alone “because I often feel like that.”