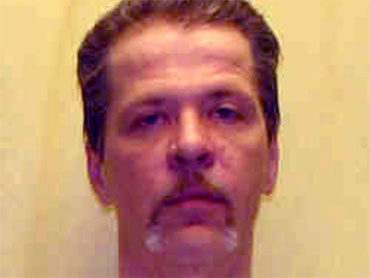 Ohio executed a hitchhiker Thursday who admitted to killing one motorist who gave him a ride and shooting two others during a three-week string of shootings that terrorized the Cincinnati area in 1983.

Michael Beuke, 48, died by lethal injection at 10:53 a.m. EDT at the Southern Ohio Correctional Facility in Lucasville, about 90 minutes after the Ohio Supreme Court turned down his final appeal.

He spent an emotional 24 hours before his death crying, playing music on a portable keyboard and consulting with his spiritual advisers, to whom the prison released his body.

Beuke was convicted Oct. 5, 1983, of aggravated murder for the death of Robert Craig, 27, of Cincinnati and was sentenced to death. He also was found guilty of the attempted slayings of Gregory Wahoff of Cincinnati and Bruce Graham, then from West Harrison, Ind.

While on the gurney, Beuke looked directly at Craig's widow, Susan, and at the son and daughter of Wahoff and apologized for all three shootings: "Mrs. Wahoff, I am sorry. Mrs. Craig, I am sorry. Mr. Graham, I am sorry."

After the apology, he recited the Roman Catholic rosary and other prayers for 17 minutes before he died, choking back tears as he repeatedly said the Hail Mary with rosary beads in one hand. It was the longest final statement by a condemned Ohio inmate in memory. One of his spiritual advisers, Bishop R. Dann Conlon, sniffled and blew his nose throughout.

Beuke, dubbed by the media as the "homicidal hitchhiker," spent a quarter century on death row, where he said he had a spiritual conversion. He expressed remorse for his crimes and said in an unsuccessful request for clemency that he accepted responsibility and prayed "that God will ease the pain I have caused my victims."

Susan Craig said she was unsatisfied with his remorse.

"It's like I tell my kids: 'Sorry doesn't cut it; you did it,'" Craig said after the execution. Her 27-year-old son Bob, named for a father he never knew, accompanied her to the prison but did not witness the execution. He called the day "surreal."

Dawn Wahoff, whose father was shot and paralyzed for life by Beuke, said she felt she could finally look to the future and felt "a sense of closure."

"I feel I can move on," she said. Her father died four years ago.

Late Wednesday night, Beuke lost appeals before the U.S. Supreme Court, failing to convince the majority that he'd been on death row so long the execution would be unconstitutionally cruel and serve no purpose and that prescription medicine he takes could interfere with a drug used in Ohio's backup execution method. The state did not have to resort to the backup Thursday. Beuke died by Ohio's primary, intravenous injection method.

He was the 38th person put to death in Ohio since the state resumed the practice in 1999.

Wahoff gave Beuke a ride May 14, 1983, and was forced at gunpoint to drive to rural Hamilton County. Wahoff tried to run but was shot in the back and face and left for dead.

Craig's body was found June 1, 1983, in a roadside ditch in nearby Clermont County. He had been shot twice in the head and once in the chest with the same revolver used to shoot Wahoff and later Graham.

Graham saw Beuke walking with a gas can and gave him a ride June 3, 1983. Beuke forced Graham to drive to a rural Indiana area and shot but didn't kill him.

Beuke has said he committed the crimes because he needed $2,500 to hire an attorney to defend him on a drug trafficking charge and needed a stolen car to rob a bank for the money.