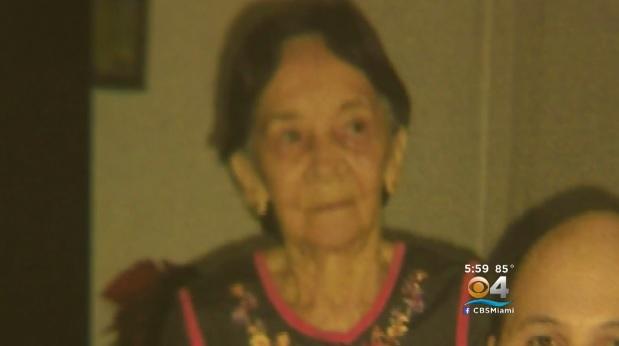 HOLLYWOOD, Fla. -- Despite dying in a Florida nursing home responsible for her care, Albertina Vega was billed by the facility on what would have been her 100th birthday, the Sun-Sentinel reported.

CBS Miami reports the 99-year-old was one of 14 patients who succumbed to sweltering conditions inside of the Hollywood Hills Rehabilitation Center when it was left without power and air conditioning in the aftermath of Hurricane Irma.

A relative of Vega said she became aware of the retroactive billing charge of $958 when she tried to close Vega's bank account. An automatic payment was sent to the Hollywood Hills Rehabilitation Center, which even resulted in an overdraft fee.

A complaint was filed with the bank manager. Vega's family is seeking assistance for the failed oversight of billing a deceased woman for her care after the facility was shut down.

It's unknown if Vega's case is isolated or if any of the other 13 deceased patients were billed after their deaths. Florida's Agency for Health Care Administration, which regulates nursing homes, declined to comment.

Vega's family says they were unable to reach the nursing home facility for help.

A criminal investigation into the deaths is underway.