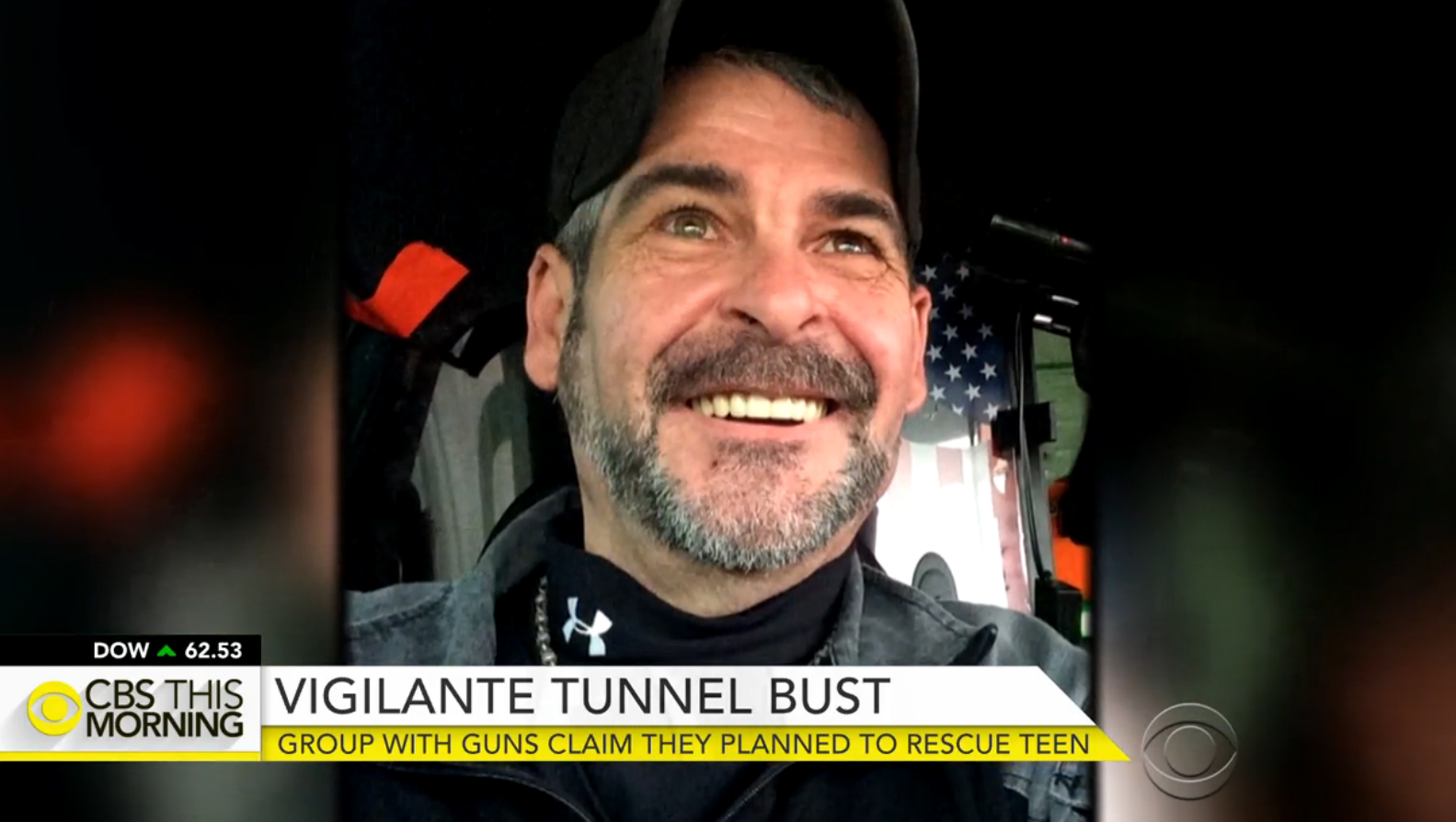 NEW YORK -- One of the three Pennsylvania residents arrested near the Holland Tunnel Tuesday riding in a truck with a cache of weapons is an anti-drug advocate who said he was on his way to "rescue" a teen girl involved in drugs, according to friends and police.

John Cramsey, 50, of Zionsville, Dean Smith, 53, of Whitehall, and Kimberly Arendt, 29, of Lehighton, pleaded not guilty Wednesday to weapons charges after their arrest on their way from Pennsylvania to New York. They also pleaded not guilty to drug charges for a small amount of marijuana and drug paraphernalia police say they found in the pickup.

Cramsey operates a gun range outside Allentown and is active in the fight against the heroin crisis in Pennsylvania's Lehigh Valley, according to Lyn Baker, who started the group "Enough is Enough" with Cramsey. Cramsey became an anti-drug advocate after his 20-year-old daughter Alexandria died in February from an overdose of Fentanyl and heroin, reports CBS This Morning.

Baker said that the group has helped dozens of drug addicts since earlier this year, including going to hotels and homes to help. Cramsey has posted on Facebook about his work helping young addicts, including pictures of himself wearing bulletproof vests and with guns. Baker said Cramsey "likes to talk a big game because the adrenaline is always rushing after we bring someone back."

She said that Arendt was the girl's former counselor and she called her seeking help on Monday. Cramsey wrote on Smith's Facebook page early Tuesday morning that he was driving to New York to "do an extraction" of a 16-year-old girl from a hotel room in Brooklyn. Smith replied, "I'm there."

A message posted to the "Enough is Enough" Facebook page added that the girl's friend had died of another heroin overdose.

"I'm bringing her out of NY today and anybody else in that hotel that wants to go home too," the message read.

"Ever since his daughter died, I think it was one of those things where he wishes he could have done something to save her, and now that she's gone, he feels this guilt in his heart that he needs to help other people," Nickisher told CBS News.

The trio posted photos of their gun-toting expedition online while traveling from Pennsylvania on Tuesday. The large sport utility vehicle was trimmed with neon paint and featured the logo for Higher Ground Tactical, the name of Cramsey's gun range.

A Port Authority photo also showed a bag with the words "Firearms Instructor" and box with the phrase "Shoot Your Local Heroin Dealer" in the vehicle.

Baker said she spoke with Cramsey around 7:30 a.m. Tuesday as he was getting ready to go through the tunnel, which connects New Jersey and New York, and that he asked her to start arranging for the girl to get into a detox or rehabilitation facility.

Minutes later, Port Authority of New York and New Jersey police reported that they spotted the colorful Dodge truck and pulled it over after spotting a cracked windshield and things dangling from the rearview mirror, according to a criminal complaint.

Michael Fedorko, superintendent of police for the Port Authority of New York and New Jersey, told CBS This Morning the officer who pulled the car over saw a loaded magazine on the floor of the truck.

Police said they recovered a semi-automatic military-style rifle, a shotgun, five handguns, high capacity magazines and other ammunition, two tactical vests and three helmets, according to the complaint. It was unclear what, if anything, the weapons had to do with their plans. Some of the weapons were loaded, authorities said.

Attorneys for the three said Wednesday the search was illegal and they will seek to have the evidence suppressed. A Hudson County judge declined their defense lawyers' requests to give them the option of paying 10 percent of their $75,000 cash bail.

"The police officers said they stopped them because they saw a crack in the windshield, but clearly that's not what happened," James Lisa, Cramsey's attorney, said after Wednesday's arraignment. "They saw all the decals and the painting basically espousing their Second Amendment rights and that's why they stopped them."

Hudson County Assistant Prosecutor Tom Zuppa took issue with the defense lawyers' characterization of the case as "just another gun possession case" being blown out of proportion due to media attention.

"This conduct had the potential to bring danger to the destination of these defendants," he said.

New Jersey has tougher gun regulations than Pennsylvania and requires guns to be unloaded and inaccessible while driving.