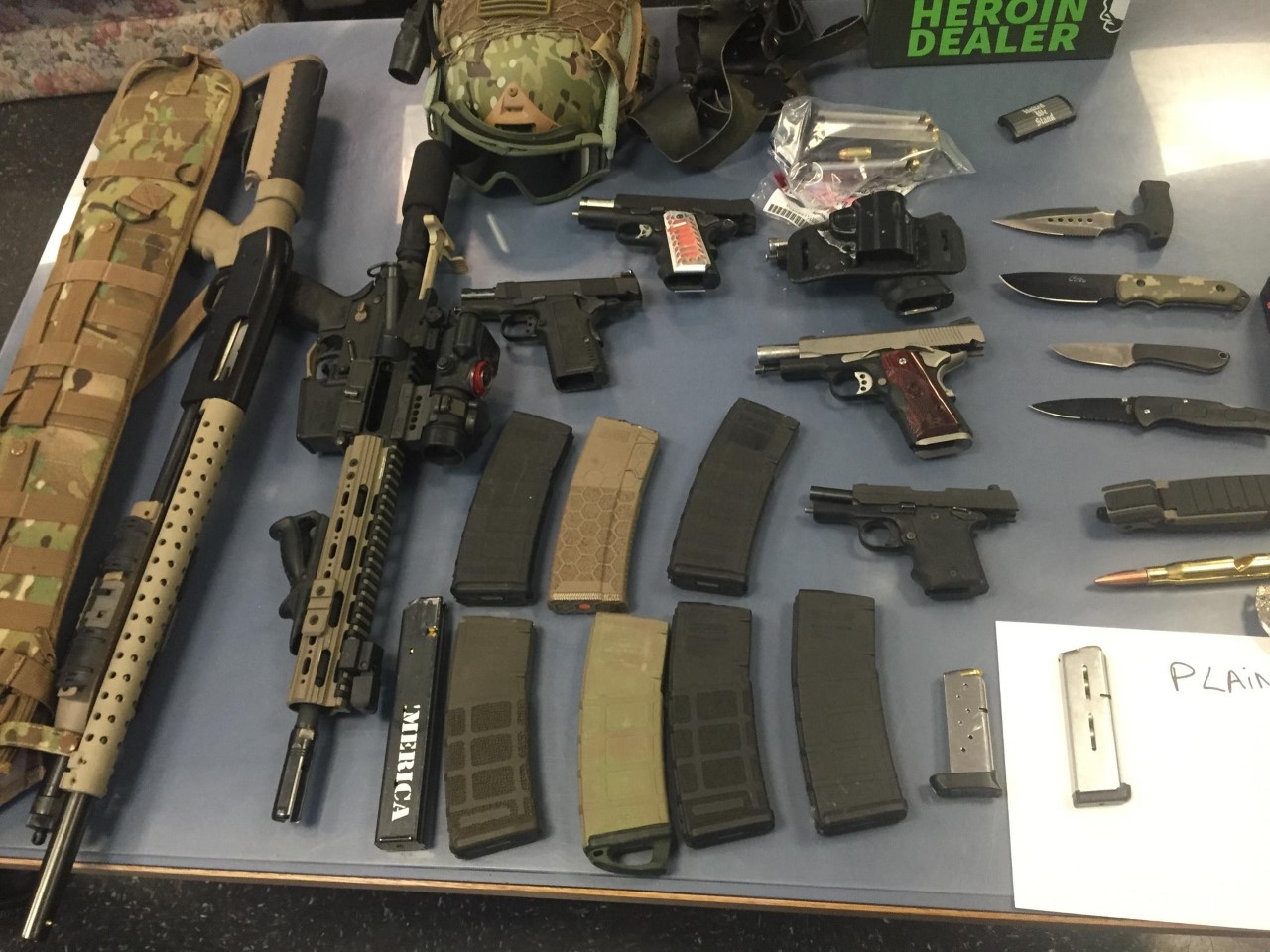 JERSEY CITY, N.J. -- Authorities arrested three Pennsylvania residents Tuesday morning in the Holland Tunnel, which connects New York and New Jersey, after a cache of weapons and ammunition were discovered in their truck, police say. No link to terrorism is suspected.

The arrests happened on the New Jersey side of the tunnel after a traffic stop around 7:40 a.m., reports CBS New York. A Port Authority police officer stationed at the toll entrance noticed a crack in the vehicle's windshield and pulled over the truck.

A subsequent search uncovered multiple weapons in the vehicle, including A pump action shotgun with a pistol grip and collapsible stock, An SAR-98 Salamander Arms assault rifle and 7 clips of ammunition, 4 9mm pistols, and a 1 .45 caliber pistol with several magazines, the station reports.

Some of the weapons were reportedly loaded. Also inside the car was a Kevlar bullet-resistant helmet, body armor and night vision goggles.

Authorities are investigating the incident as a possible drug-related weapons crime, a law enforcement source told CBS News senior investigative producer Pat Milton. At least one suspect claimed they were vigilantes on their way from Pennsylvania to "extricate" a teenage girl being held by a drug dealer in Queens, reports CBS New York.

Authorities are reportedly investigating the claim and checking to see whether the suspects have gun licenses, the station reports.

Police say the weapons found in the van can all be legally purchased in Pennsylvania and are reportedly not believed to be stolen.

The large sport utility vehicle was trimmed with neon paint and featured the logo for Higher Ground Tactical, a Pennsylvania shooting range. Cramsey is reportedly the gun range owner.