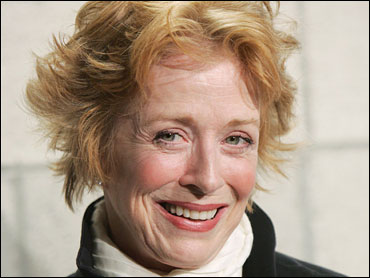 Holland Taylor, who plays the manipulative mother on "Two and A Half Men," is a respected actress in theater, film and television with a career that began more than four decades ago. She was known for her elegance and grace as a stage actress, performing in more than half a dozen - Broadway productions after her debut in 1965 in "The Devils" with Anne Bancroft, including A.R. Gurney's The Cocktail Hour.

Her first film role was in 1969, and over the years she has appeared in such blockbusters as "Romancing The Stone," "Jewel of the Nile," and "The Truman Show." But television has given her the most success, starting with her first sitcom in 1980, "Bosom Buddies," playing Tom Hanks' boss. She has been nominated for four Emmy Awards - two for different shows in the same year - and won an Emmy for her role as a lecherous judge in "The Practice." Over the years, she has guest-starred in hit series ranging from "Ally McBeal" to "ER".
View CBS News In
CBS News App Open
Chrome Safari Continue