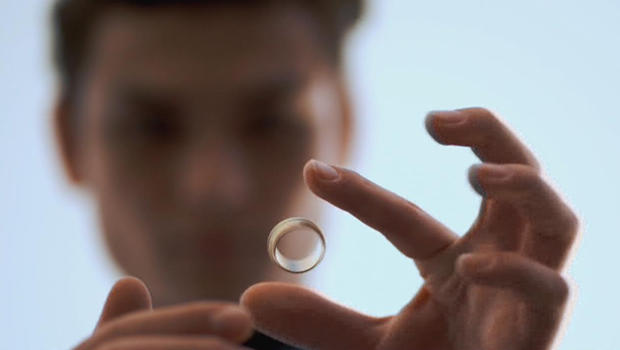 Even in these high-tech times, this ancient art DOES have a future. Our magical Cover Story is reported by Nancy Giles:

Jonathan Bayme, the group's founder, described magic as "one of the few things in 2017 that you can do for another person that they can't explain. Everyone can explain everything now. You've got an iPhone, you can FaceTime someone in Alaska. So nothing is impressive anymore, and nothing makes people say, 'Wow, that's impossible!' or 'That's amazing,' or they can't explain it. 'Cause you can explain everything with Google. But magic is one of the few things that still survives."

Theory11's magicians appear in the streets ... and on the stage, where Dan White's magic show is selling out in a trendy Manhattan hotel. "Magic has had a connotation for a long time of being kind of cheesy," White said. "And we just try to make it not cheesy in any way that's possible."

White conjures up old-school trickery, while dialing into some 21st-century electronic wizardry -- like the magic he did with Giles' cellphone, with Google as his assistant: He placed her phone upside-down and instructed her to cover it with her hand. "You're familiar with a number of different celebrities, right? Okay, I want you to sort of imagine in your mind a whole bunch of celebrities in front of you, like if you were on Google Images yourself, and you're sort of scrolling through images of different celebrities. I want you to stop on one."

Royal family missing the star power of Harry and Meghan

"All right. That's your phone?"

"Turn it over, show what I Googled."

The theory11 gang wants to spread its skills to a new generation. They're instructed celebrities such as the stars of the movie "Now You See Me 2," Neil Patrick Harris, and Benedict Cumberbatch.

They offer online tutorials … and if you're really lucky, a personal lesson for a neophyte like Nancy Giles..

Magician Ron Carnell gives tours at the American Museum of Magic in Marshall, Michigan. He said the earliest known magic trick dates back about 2,000 years ago. "There was a guy in Egypt who chopped off a goose's head and then put it back on," he said.

Carnell says magic was historically the province of wizards and witches, until a Frenchman named Jean Eugène Robert-Houdin appeared in the 1840s and dressed it up.

The elegant-looking Robert-Houdin changed the face of magic: "That turned us into a theatrical art," Carnell said. "The bad news is, people still think that magicians should wear tails and big top hats!"

Harry Houdini, the most famous magician ever, took his name from Robert-Houdin by adding an "I" at the end.  The museum has an original Houdini escape chest, a box for cutting a woman in half, and thousands of posters of magicians. They all had different acts, but Carnell says they all relied on one principle: misdirection.

"Misdirection is controlling where people are focusing," he said. "I'll give you a good example: Magician walks out and he rolls up his sleeves. And the magician shows you that his hand is completely, totally, unquestionably empty. The other hand can do the sneaky stuff. While you're focusing up here, it might slip into the pocket and come out with a bright, big, shiny, silver dollar.

Richard Turner operates somewhere near the intersection of magician and card-shark.

He was asked to describe what happened when he first felt a deck of cards in his hand: "Well, there's something sexual -- I hate to use that word."

"It's what makes the world go around, come on," Giles offered.

He demonstrated some fancy shuffling, including a one-hand shuffle. "Here's something you never do when you play cards for money."

One thing you should know: Turner is blind. He began losing his sight in childhood, as he recalls in a new documentary about his life, "Dealt":

He says it's all about touch. "I can just feel them as they're lacing one inside the other," he says of the cards. "And to me, my thumbs, they'll feel like they're as thick as a block of wood."

Turner is constantly manipulating cards … constantly, building muscle memory. At home he has tens of thousands of decks. He used to have, he said, "a 3- to 6-pack-a-day habit."

To watch a trailer for the documentary "Dealt" click on the video player below: