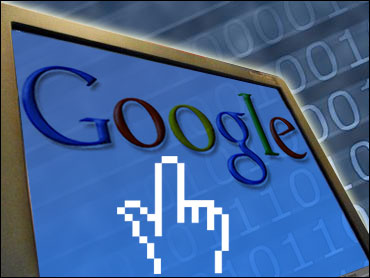 The free service, called "Google Earth," comes just a day after the Mountain View, Calif.-based company introduced a video-viewing channel, which allows users to search through thousands of professional and amateur entries. Both products require software that can be downloaded from Google's Web site.

"The stock is trading at another high, and the reason investors value this company is because it is constantly trying to expand and reinvent," said Michael Patterson, an analyst with San Francisco-based BPC Investors. "We want to see these kinds of new products because it makes you wonder what's next. And that alone is a reason to hold on to the stock."

In October, Google announced it acquired map maker Keyhole Corp. in an effort to broaden its horizons in the face of tougher competition from rivals Yahoo Inc. and Microsoft Corp.'s MSN. The deal gave Google control of a powerful 3-D technology that provides faraway or close-up views of a region, neighborhood, or specific address.

Google said it will charge $20 per year to give users GPS compatibility, data import and annotation abilities. For $400 a year, Google is targeting business users with high-resolution printing and GIS data import capabilities.

"Google Earth uses broadband streaming technology and 3D graphics, much like a video game, enabling users to interactively explore the world — either their own neighborhood or the far corners of the globe," said Keyhole general manager John Hanke in a statement. "With many ways to access geographic information, Google provides a very rich local search experience for users worldwide."

In February, Google executives said during a presentation that they operate under the assumption 70 percent of the company's resources are focused on its search engine — which accounts for the bulk of its revenue. However, 20 percent of its resources are directed at new search products and 10 percent is focused on experimental services, such as Keyhole.