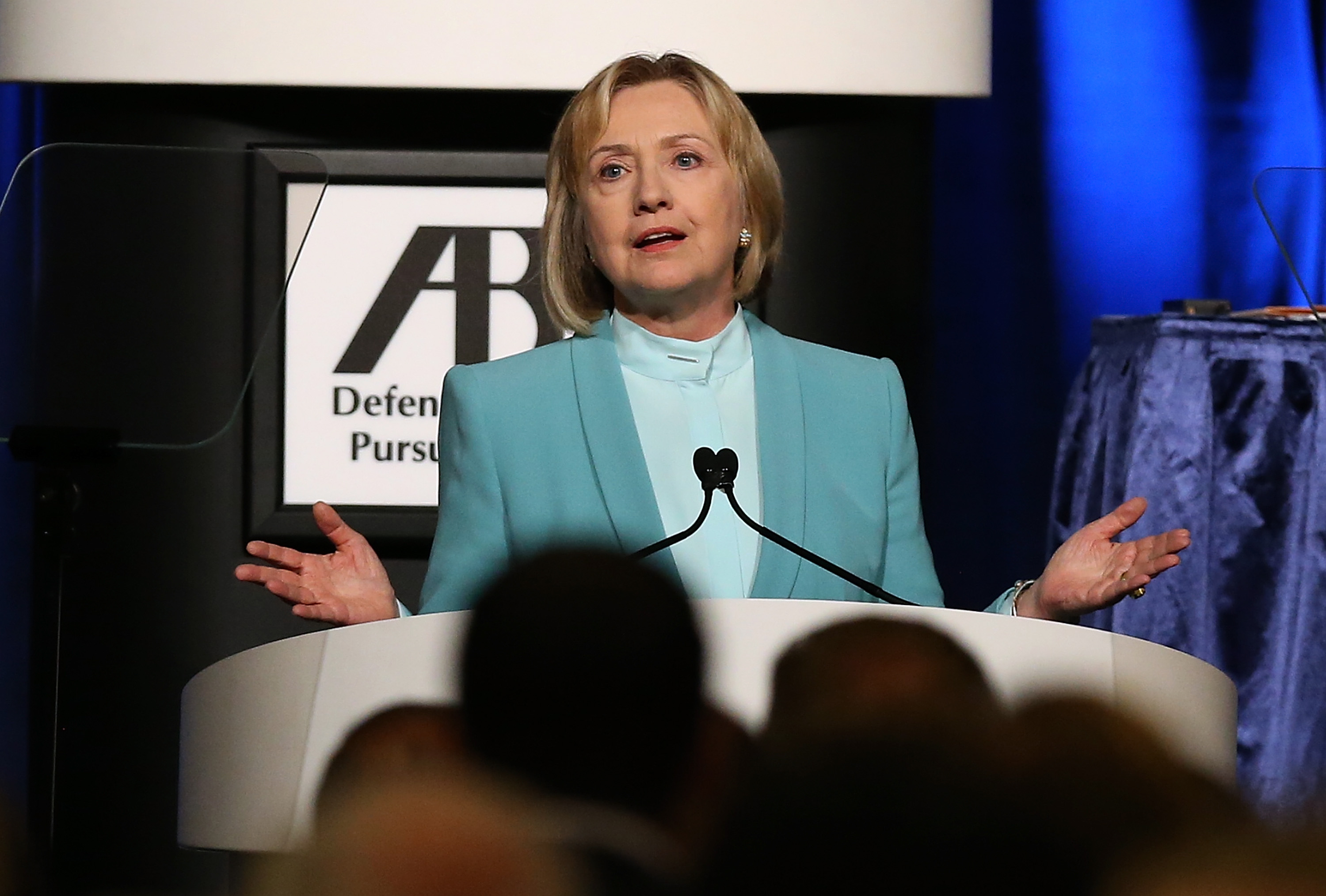 Hillary Clinton in the coming months will deliver a series of speeches on how to fit the model of democracy into contemporary times, the former secretary of state announced Monday, suggesting she'll be anything but lying low as speculation swells about her 2016 ambitions.

During remarks to the American Bar Association in San Francisco, Clinton - recognized with the ABA Medal for her own legal career - said she plans to address shifts in technology and the political climate that threaten to undo several integral threads of the democratic system.

One speech, slated to be at the National Constitution Center in Philadelphia next month, will focus on the balance between privacy and national security, during a debate over National Security Agency programs designed to track suspected terrorists by culling metadata from U.S. citizens. Another, "later in the fall," she said, will center on the implications of democratic roadblocks for America's global standing.

She recalled a meeting as secretary of state with Burmese generals who were trying to understand how to run a parliament: "I asked if they'd had seminars or workshops. 'No,' he said, 'we've been watching the West Wing.' You never know."

The first pillar on her agenda, though, voting rights - "the heart of America's democratic experiment," Clinton said - she hit on Monday, during the second half of her remarks.

Clinton charged the "assault on" voting rights rules "threatens to block millions of Americans from fully participating in our democracy and further eroding public trust." The Supreme Court in June struck down a section of the Voting Rights Act, weakening a tool the federal government has used for nearly five decades to block discriminatory voting laws.

"Skepticism of authority has been part of our national character since the pilgrims, and complaining about government is a treasured American pastime," Clinton said. "But it is troubling that many Americans continue to lose faith and trust in the press, in banks, in the sports heroes, in the clergy and just about every institution.

"Many Americans are asking, 'How do we ensure that the law continues to serve and belong to the people in a time when ideology and gridlock and paralyzed our politics; when the advance of technology and the dangers of terrorism have complicated efforts to balance our desire for liberty with our need for security; when old demons of discrimination have taken on insidious new forms?'" she continued.

"These are all challenges, not just to our society, not just to our government, but to our legal system," Clinton said. "They are strains on our social compact. But I am convinced that they are tests we can meet."