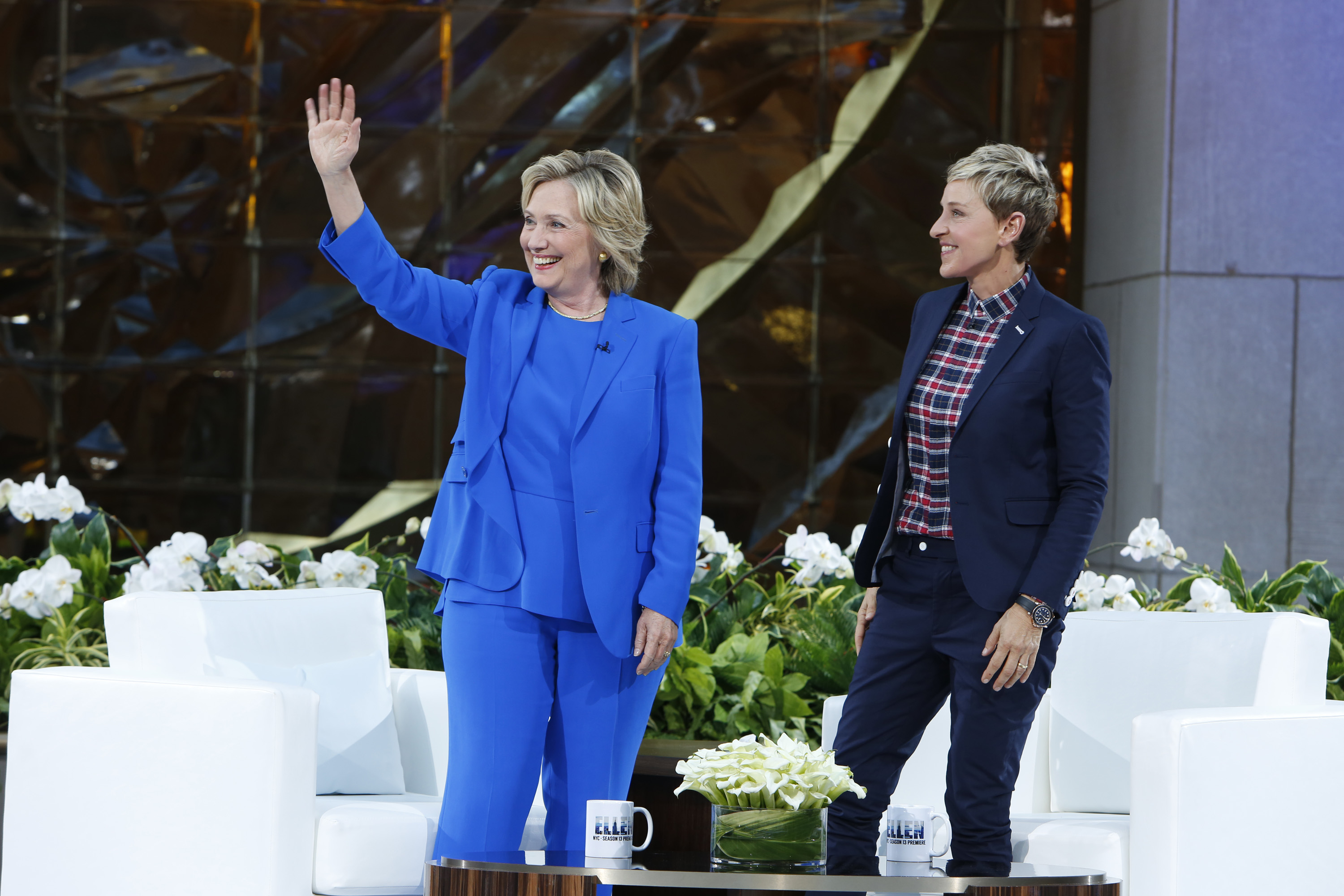 Hillary Clinton could get behind Kanye West's run for the White House in 2020 - unless she's the one already sitting in the Oval Office.

In an interview with Ellen DeGeneres, Clinton was asked to comment on the pop star's announcement during last month's MTV Video Music Awards, when West declared his intention to run for the White House in 2020.

"I heard him make the announcement and he said he wanted to run in 2020," Clinton said. "I would only ask him, if I'm running for reelection, to wait."

"But," the Democratic hopeful added, "otherwise a lot of people want to run for president these days."

Clinton, who is making her sixth appearance on The Ellen DeGeneres show, also answered questions on her granddaughter, Charlotte, who turns one year old this month.

When DeGeneres asked what Charlotte calls her grandmother, Clinton told the television host that "she doesn't call me anything yet because she doesn't have that many words yet."

But when pressed on what moniker she preferred, the former secretary of state said she'd leave it to Charlotte.

Clinton also addressed the charge that she may be too old to run for president.

"The way I look at it is -- I would be the youngest woman ever elected president of the United States," Clinton quipped.

Clinton would be 69 years old by next year's election.