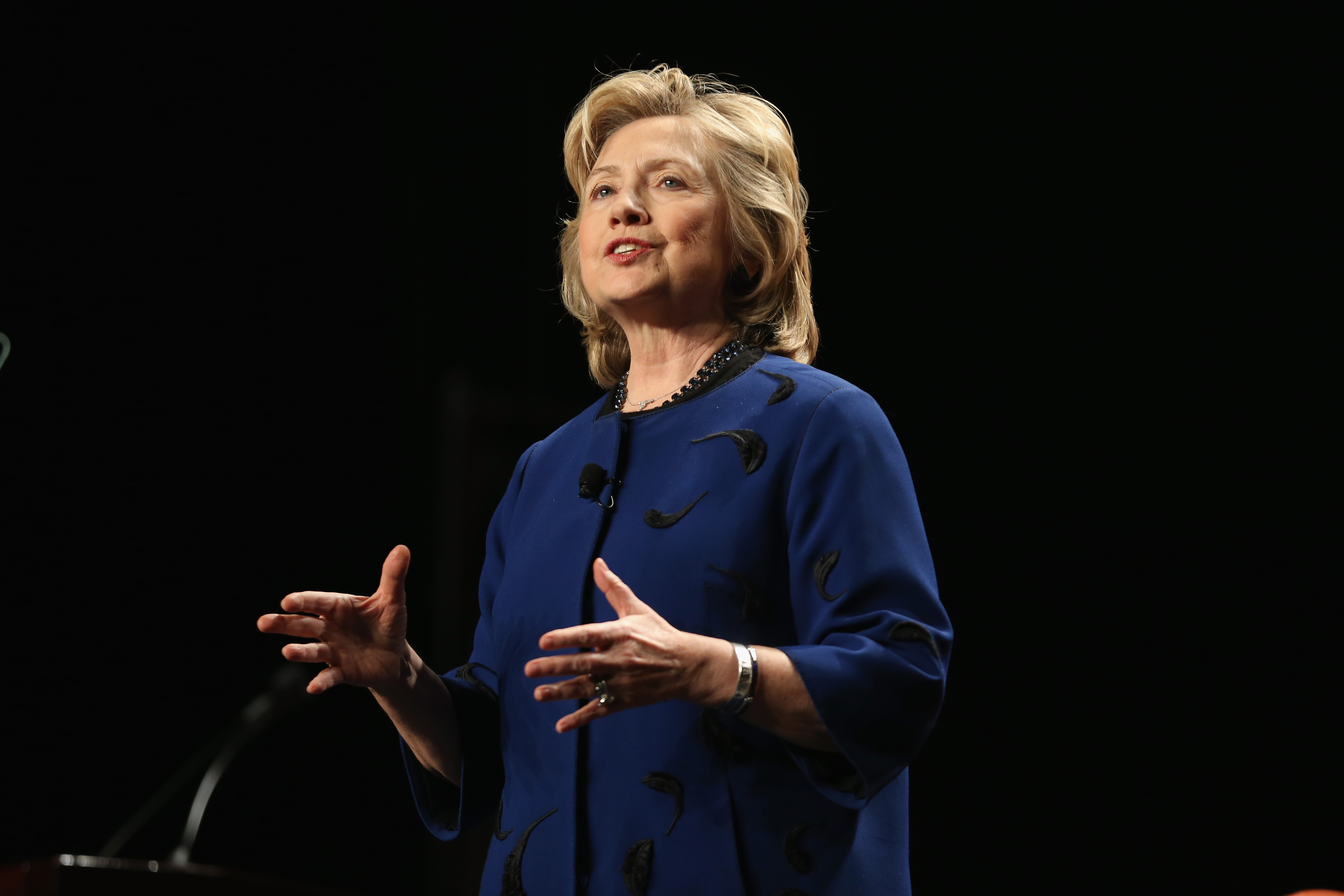 Former Secretary of State Hillary Clinton took a baby step into the radioactive politics of Obamacare on Wednesday, using a pair of speeches in Florida to stake out a nuanced defense of the law that Republicans have used to criticize President Obama for years - and one they hope to deploy against Clinton if she runs for president in 2016.

"I think we are on the right track in many respects but I would be the first to say if things aren't working then we need people of good faith to come together and make evidence-based changes," Clinton said during a speech in Orlando before the Healthcare Information and Management Systems Society, according to CNN.

She singled out Obamacare's impact on small businesses for review, particularly the law's requirement for businesses with over 50 employees to provide health coverage to those employees. But she embraced certain aspects of the law, including the provision of free preventive care and the retention of young adults on their parents' insurance plan through the age of 26.

"Part of the challenge is to clear away all the smoke and to try to figure out what is working and what isn't," Clinton explained, blaming "misinformation" from the law's opponents for much of the confusion. "What do we need to do to try to fix this? Because it would be a great tragedy, in my opinion, to take away what has now been provided...I don't think we should throw the baby out with the bath."

Republicans, whose criticism of Obamacare shows no signs of abating, quickly slammed Clinton for her defense of the controversial law.

"We're glad to hear Hillary is embracing Obamacare and look forward to her campaigning on it in 2016," the Republican National Committee said in an email shortly after Clinton spoke.

Earlier on Wednesday, the RNC previewed Clinton's remarks with another email: "Even as Secretary of State, Hillary Clinton was a strong supporter of Obamacare." That charge stemmed from a new book, "HRC," that says Clinton played a "pivotal, if underappreciated" role in corralling support for Mr. Obama's proposed health-care reforms among his cabinet members.

Clinton is no newcomer to the tricky politics of health care reform: During the 1990s, when her husband, Bill Clinton, was president, the then-first lady led an unsuccessful attempt to overhaul America's health-care system. Her proposal at the time came to be known as "Hillarycare."

After her address in Orlando, Clinton traveled to the University of Miami to speak to over 6,000 students and faculty members, urging young people in the audience to sign up for insurance.

"You can't sit here today and tell me for sure you won't have a car accident, you won't have a slip or a fall, you won't have some kind of disease that you never thought you would ever be stricken by," she warned, according to the Washington Post. "You just don't know - nobody knows."

During her appearance in Miami, Clinton commended Arizona Gov. Jan Brewer's decision on Wednesday to veto a controversial bill that would have allowed businesses to refuse service to gay customers on religious grounds, saying Brewer's move demonstrated that "inclusive leadership is really what the 21st century is all about."

She also spoke more broadly about the importance of "full participation" and equality. "It is the work of this century to complete the unfinished business of making sure that every girl and boy, that every woman and man, lives in societies that respect their rights no matter who they are, respects their potential and their talents, gives them the opportunities that every human being deserves - no matter where you were born, no matter the color of your skin, no matter your religion, your ethnicity or whom you love," she said, according to the Post.