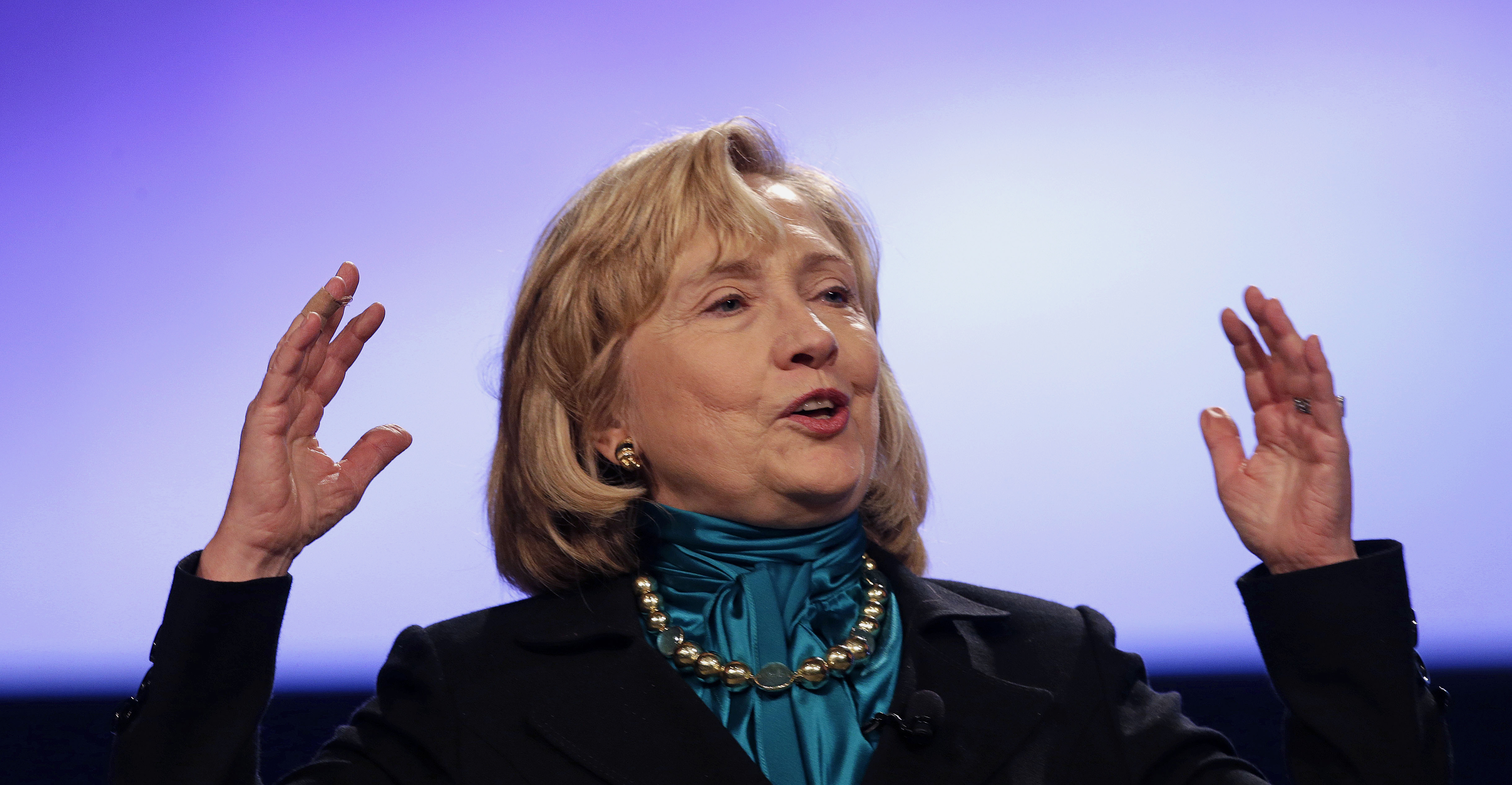 Speaking before a conference of car dealers on Monday, former Secretary of State Hillary Clinton on Monday confessed that she hasn’t driven a car in nearly two decades.

“One of the regrets I have about public life is that I can't drive anymore,"  Clinton said in a speech at the National Automobile Dealers Association (NADA) meeting in New Orleans. "The last time I actually drove a car myself was 1996."

She joked, "My husband thinks that's a blessing, but he's the one who should talk."

Former presidents and first ladies receive lifetime Secret Service protection, so Clinton’s admission isn’t that surprising. Former President Bill Clinton has similarly lamented the fact that he doesn’t drive. President Obama, meanwhile, told a group of auto workers in 2012 that he intends to buy a Chevy Volt and drive it himself when he leaves the White House.

At the NADA meeting, Clinton was asked whether she’ll run for president in 2016. "I have to say I don't know," she said. "Not a very satisfactory answer."

She also spoke about her record as secretary of state, once again calling the Sept. 11, 2012 attack on the U.S. diplomatic mission in Benghazi, Libya her biggest regret.

"My biggest regret is what happened in Benghazi," she said. "It was a terrible tragedy, losing four Americans, two diplomats, and now it's public, so I can say, two CIA operatives. Losing an ambassador like Chris Stevens, who was one of our very best."

Clinton said as much last year during a global “town hall” conducted via satellite.

Clinton’s culpability for the attack is still a point of contention. A recent Senate Intelligence Committee report faults the State Department for failing to protect the Benghazi facility, but it does not directly connect Clinton to the decision making. Committee chairwoman Dianne Feinstein, D-Calif., consequently came to Clinton’s defense after Republicans used the report to criticize the former secretary of state.