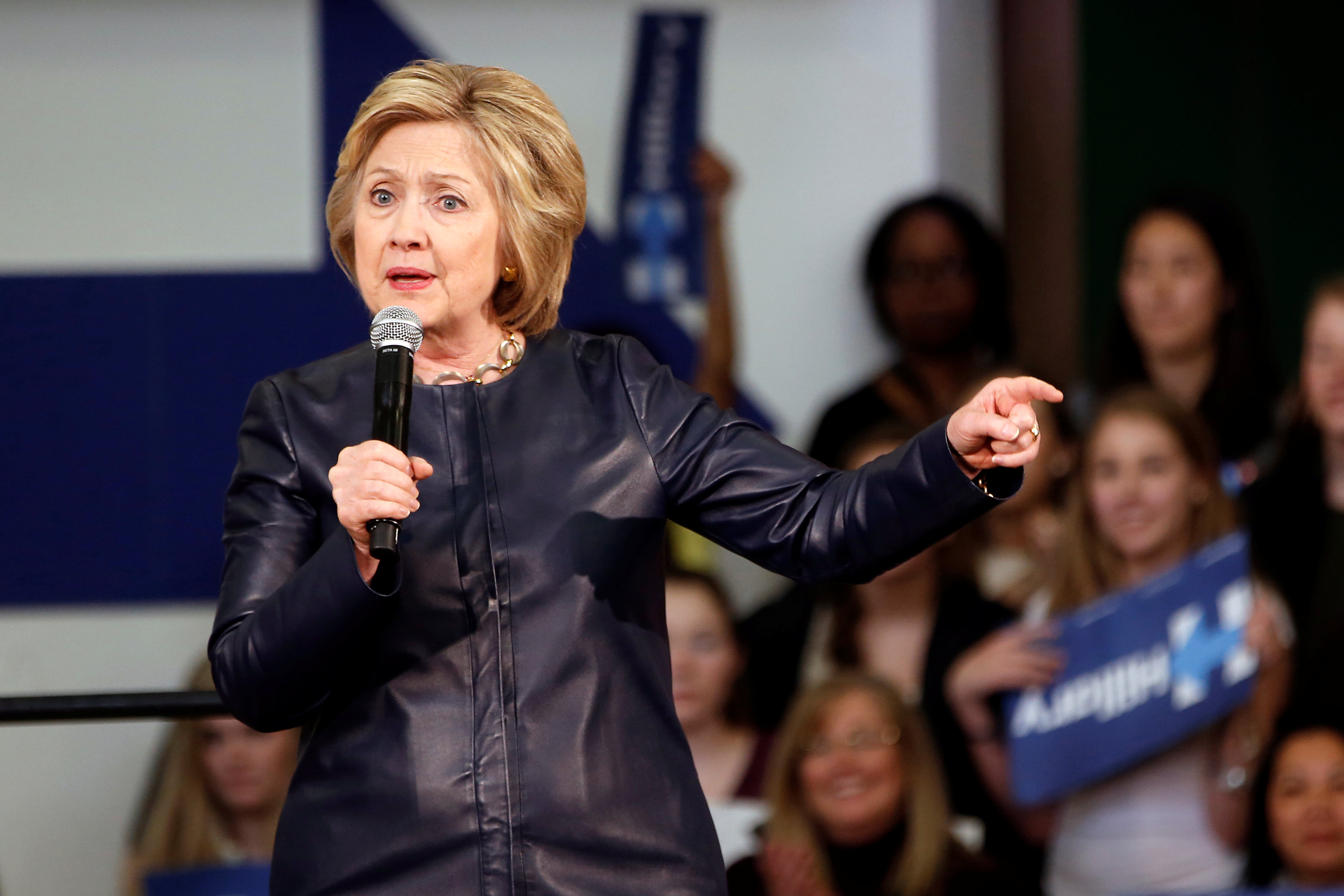 BOWLING GREEN, KY -- After a string of losses but with the Democratic nomination in sight, Hillary Clinton is fighting hard for a win in Kentucky to boost her lead in the delegate count.

"On Tuesday, I would be honored to have your support in this primary," she said in a backyard in northern Kentucky's Fort Mitchell, where she rallied her supporters on Sunday afternoon. "I would be deeply, deeply honored."

The following morning in Paducah County, on the state's western edge, Clinton lingered, talking to diners at Lone Oak Little Castle, a local institution where many breakfast patrons remembered fondly her and Bill Clinton's past visits to the state.

"That was the most wonderful experience," Clinton said, referring to her husband's first presidential run, "and then you remember, we came to Paducah the night before the '92 election...I'm happy to be back."

Word spread that Clinton would be visiting the restaurant and, by the time she arrived, a crowd had formed.

"I'll tell you this," she said, "I'm not going to give up on Kentucky in November!"

Monday marks Clinton's fourth day on the ground here and, all told, she will have made more than a dozen campaign stops across the state before the primary on Tuesday. Bill Clinton made four stops in the state last Thursday and, in the run up to election night, other elected officials including Virginia Sen. Tim Kaine, former Pennsylvania Gov. Ed Rendell and South Carolina Rep. Jim Clyburn have campaigned here on Clinton's behalf.

And for the last six days, Kentuckians in Lexington and Louisville have likely seen and heard ads on TV and the radio that encourage them to get out and vote.

The effort stands in contrast to the campaign's investment in Oregon, which also holds its primary on Tuesday. Clinton has not campaigned in the state herself, though her husband has stumped for her, and the campaign is not running TV or radio ads there.

It's because her aides see an opening in Kentucky that may be closed in Oregon, where Bernie Sanders has drawn thousands to hear his progressive message since early in his campaign. One of his rallies in Portland back in August brought out 28,000 people, which is still one of Sanders' -- or any candidate's -- largest crowds to date.

Although Clinton's campaign isn't expecting a landslide victory in Kentucky, aides are looking for a closer result than in neighboring West Virginia, where Sanders beat Clinton handily last week. A majority of primary voters, according to exit polls, said that the most important issue facing the country was the economy and, of the 61 percent of voters who said they were "very worried" about the economy's direction, 52 percent voted for Sanders.

At a campaign event at a union training facility in Louisville on Sunday, Clinton focused specifically on coal and auto jobs.

"We have the most sophisticated, incredibly impressive people putting together the automobiles that we're driving around in," she said, in a nod to General Motors and Ford plants in the state. "I want more of those jobs in this country. I want to do everything I can to make sure we keep auto jobs here."

She said, on this issue, there's a "big difference" between her and Sanders.

"I voted to bail out the auto industry and he voted against it," she said, repeating a line she first deployed during the Michigan primary, "because I wanted to save those millions of jobs, and I guess if you were to evaluate our positions, I think I came out on the better side of that."

Clinton also turned her fire toward Donald Trump, who she called her "likely opponent."

"The things he's said about the economy are just frightening," she said. "He says Americans make too much, that our wages are too high, minimum wage shouldn't be raised and really nobody else's should either."

She added: "I want people to feel like their work is rewarded."

The decision to prioritize Kentucky over Oregon, where ballots are mailed in, also frees up resources for Clinton to invest elsewhere like in California, where the campaign opened four new field offices over the weekend, or in states expected to become battlegrounds in the general election. The math backs up the strategy: Clinton now has 94 percent of the delegates required to clinch the nomination. According to a CBS News analysis, Clinton only needs to win 13 percent of delegates in the remaining primaries.

"We want to be competitive and wage strong campaigns in all these states for the purposes of growing our coalition," said Clinton spokesman Brian Fallon earlier this month, aboard a bus driving from Kentucky into West Virginia, "but we do so with the right perspective. Even if [Sanders] were to win states or multiple states over the next coming weeks, it's not going to change who the nominee is."

Clinton's pitch in Kentucky is also highly targeted: besides union members in Louisville, and women like the mothers that Clinton engaged during a "meeting with young parents" in Lexington last week, Clinton also made a point to get African-Americans out to vote. African-Americans made up about 10 percent of Democratic primary voters in 2008 and in this cycle, it's a group that has consistently been in Clinton's corner.

"I wanted to come and pay my respects to this church, not only for your Christian mission, but also your leadership in looking for ways to lift more people up," Clinton said, standing on the dais at Canaan Christian Church, a Baptist congregation in Louisville.

"I know that we can do what we know in our hearts we want to do," she said, "to make this nation, this already great nation, greater."

She knocked Trump more explicitly Monday afternoon at a campaign rally in Bowling Green when she imagined out loud what it might be like to debate him.

"Let's suppose, here's the question, 'so what is your plan to create jobs?'" Clinton said, before imitating Trump. "His answer is, 'I am going to create 'em, they're going to be great, I'm going to do it. But I'm not telling you what it is that I am going to do.'"

Clinton told her supporters: "I think we know a little bit about how to create jobs. I think my husband did a heck of a job."