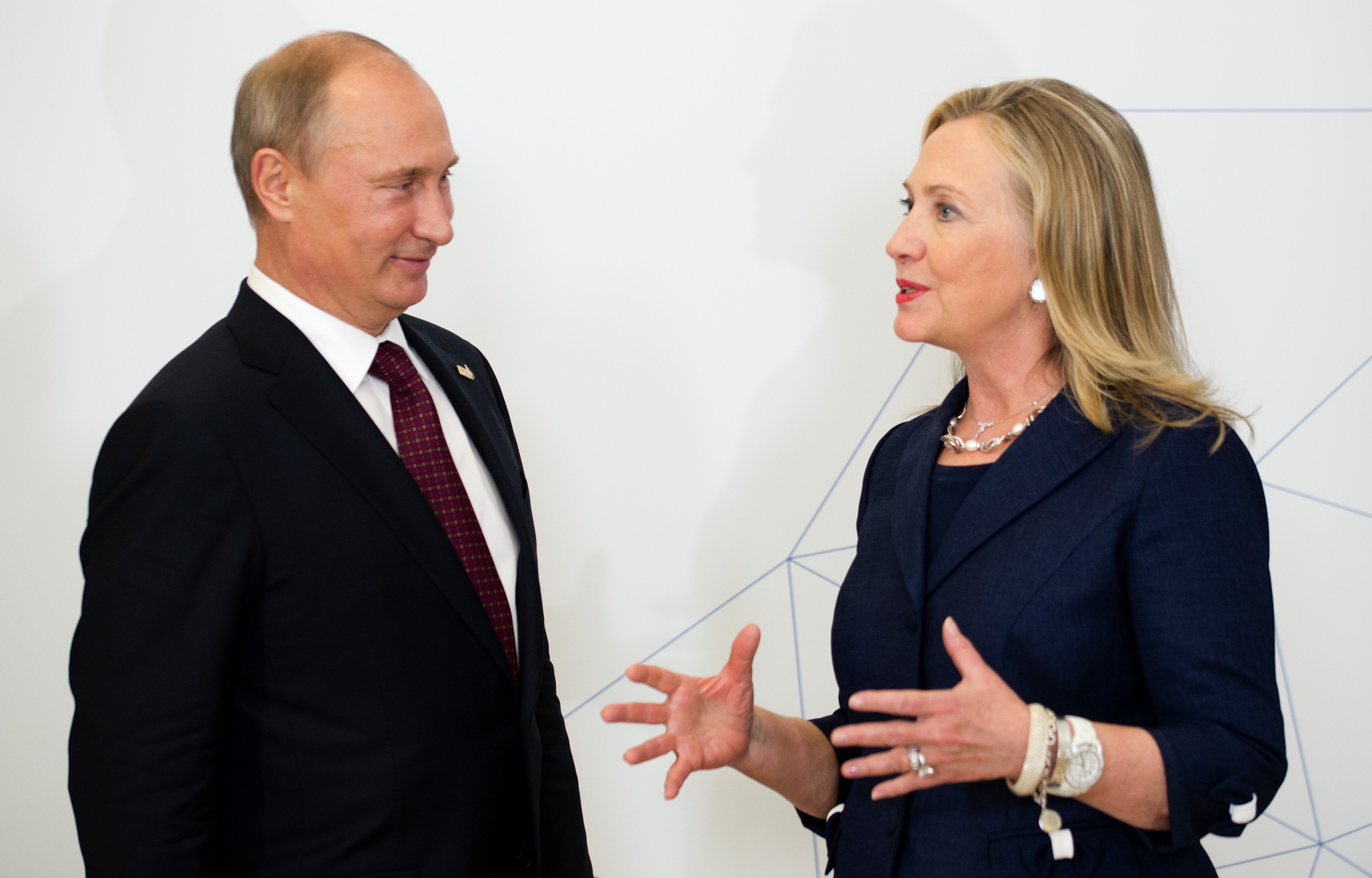 Former Secretary of State Hillary Clinton defended her handling of the U.S.-Russia relationship on Sunday, saying she remained "skeptical" of Russian President Vladimir Putin during her time as the top U.S. diplomat, despite a high-profile effort to "reset" relations between the two countries.

Clinton and other U.S. officials also urged the Europeans to step up their economic sanctions against Russia, stressing the need to exact a price from the Russians for their interference in Ukraine and their alleged involvement in the shooting down of Malaysia Airlines Flight 17.

Critics have said Clinton's "reset" initiative was naive because Russia was never going to be an upstanding member of the global community, and that the U.S. should have taken a harder line against the Russians during President Obama's first term.

"I was among the most skeptical of Putin during the time that I was there, in part because I thought he had never given up on his vision of bringing 'Mother Russia' back to the forefront," she said. "I think that what may have happened is that both the United States and Europe were really hoping for the best from Putin as a returned president, and I think we've been quickly, unfortunately, disabused of those hopes."

Russia's aggressive behavior in eastern Ukraine continued this weekend, with the State Department releasing what it says is new evidence on Sunday showing proof that Russian artillery have been firing across the border into Ukraine.

That sort of provocation has coincided with renewed calls from Clinton and others for a quick strengthening of sanctions.

"They need to understand they must stand up to Vladimir Putin," Clinton said of Europe's leaders. "If the United States and Europe don't present a united front, I think Putin's the kind of man who will go as far as he can get away with. I think he is still smart enough and cautious enough to be pushed back, but there has to be a push in order to make that happen."

She urged European leaders to reduce their reliance on Russian energy to minimize their own pain under a stronger sanctions regime - a message she also said she delivered while she was still at the State Department.

"Putin has shown he has no conscience. He takes advantage of this horrible downing of the airliner. And then just redoubles his efforts and rearms the rebels," Schumer said. "It's about time we took tougher action against Putin. He's a schoolyard bully."

Schumer said the Europeans "have to be part of the sanctions," and he urged them not to appease Putin as their predecessors did Nazi Germany in 1938.

"If they appease Putin, they will not stop him, he will get worse," he said.

Former Secretary of State Madeleine Albright said she's been "appalled" at how slowly Europe has responded to Russian aggression.

"The president has been pushing the Europeans," she said on CBS News' "Face the Nation." "The Europeans have to step up...on supporting Ukraine, on making clear that the kind of behavior that Putin is engaged in is illegal."

Ben Rhodes, a national security adviser to the president, said the Europeans are preparing to do just that, predicting new action from Europe by the "end of July."

"We still think the best thing the United States can do is send a message to Russia through very strong sanctions, coordinated with the Europeans. And I'd expect in the coming days...you will see the Europeans move out on stronger sanctions," Rhodes said on CNN. "The president has spoken to these leaders and they indicated in their meetings last week at the European council that the energy sector, the arms sector, and the financial sector [are] on the table for European sanctions...And we are confident that there's going to be strong action."