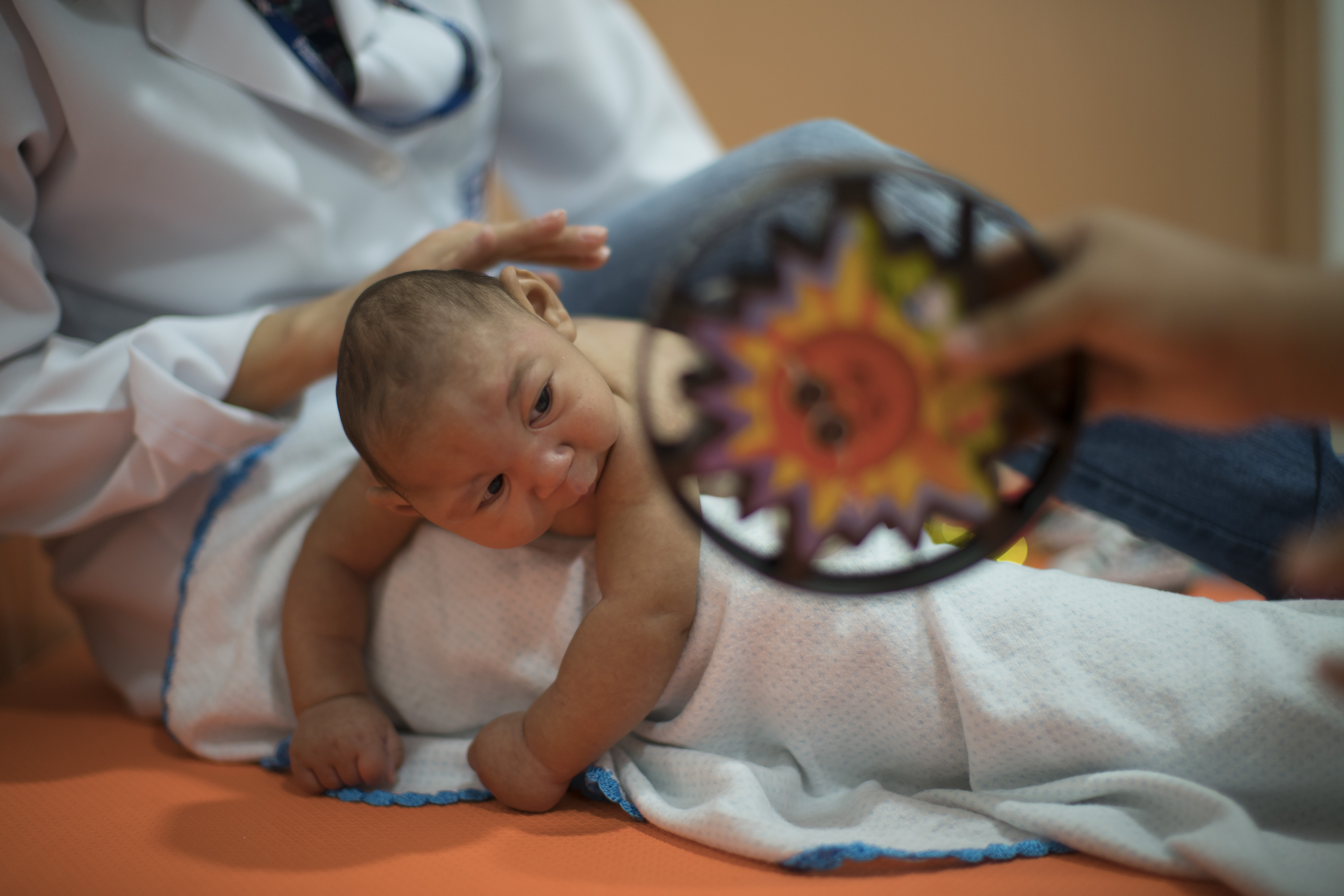 The mosquito behind the Zika virus seems to operate like a heat-driven missile of disease. The hotter it gets, the better the mosquito that carries Zika virus is at transmitting its buffet of dangerous illnesses, scientists say.

Although it is too early to say for this outbreak, past outbreaks of similar diseases involved more than just biology. In the past, weather has played a key role, as have economics, human travel, air conditioning and mosquito control. Even El Nino sneaks into the game. Scientists say you can't just blame one thing for an outbreak and caution it is too early to link this one to climate change or any single weather event.

As the temperature rises, nearly everything about the biology of the Aedes aegypti mosquito -- the one that carries Zika, dengue fever and other diseases -- speeds up when it comes to spreading disease, said entomologist Bill Reisen of the University of California Davis.

"With higher temperatures you have more mosquitoes feeding more frequently and having a greater chance of acquiring infection. And then the virus replicates faster because it's hotter, therefore the mosquitoes can transmit earlier in their life," Reisen said. The thermodynamics of mosquitoes are "driven by temperature."

The hotspots for this Zika outbreak also have been temperature and drought hotspots recently. Recife, Brazil, the largest city in the Zika-struck region, saw its hottest September-October-November on record, about 1.2 degrees Celsius (2.2 degrees Fahrenheit) above normal, according to NASA data. The state of Pernambuco had its hottest and driest year since 1998, according to the state weather agency. And globally, last year was the hottest on record.

Scientists have studied Zika far less than other mosquito-borne diseases, so for guidance they often look at dengue fever or chikungunya, which are transmitted by the same species of mosquito. Dengue infects as many as 400 million people a year, with a quarter of them sick enough to be hospitalized.

Zika was just declared a global public health emergency after being linked to brain deformities in babies in South America. Several thousand cases of microcephaly have been reported in Brazil since October, although researchers have so far not proven a definitive link to the virus. No vaccine exists for Zika.

Experts say as temperatures in the U.S. warm in the spring and summer, we can expect to see Zika spread to the states, especially areas in the South where the Aedes mosquito is present. However, due to a number of factors, including access to air conditioning and protective screens, as well as less crowded living conditions than Latin America and overall better mosquito control, the impact is not expected to be as severe.

"Everything that we've seen so far doesn't suggest that there will be a widespread outbreak of Zika in the U.S.," Dr. Thomas Frieden, director of the Centers for Disease Control and Prevention, told CBS Evening News anchor Scott Pelley.

So far, at least 48 cases of Zika have been reported in the continental U.S. All but one -- a Dallas patient who was infected via sexual transmission -- were bitten by a mosquito while traveling abroad.

In general, mosquitoes don't live long, maybe 10 to 12 days on average, said Tom Scott, a University of California Davis professor of both entomology and epidemiology. That's also about how long it takes a virus to grow in the mosquito gut, making the bug infectious and able to spread the disease. Often the insect will die before it can get a chance to spread the disease.

Warmer air incubates the virus faster in the cold-blooded mosquito. So the insect has more time to be infectious and alive to spread the disease, Scott said.

Kristie Ebi, a professor of global health at the University of Washington, calls it "a temperature-driven eruption."

That's not the only role of weather.

El Niño, a natural warming of parts of the central Pacific Ocean that changes weather worldwide, usually puts northeastern Brazil into a drought, as it did last year. Aedes aegypti does well in less-developed regions in droughts, because it lives in areas where poorer people store water in outdoor containers, said Jonathan Patz, director of the global health institute at the University of Wisconsin.

"As with all mosquito-borne viruses, climate is one of many factors that influence Zika transmission," said Andy Monaghan, a scientist who works on public health impacts of climate change at the National Center for Atmospheric Research. "I think it is too early to say anything about the role of climate change in the ongoing Zika outbreak."

However, Monaghan earlier this year presented a paper to the American Meteorological Society's annual convention that predicts that eventually Aedes aegypti "will move northward in the U.S. due to future warming, which would expose people to the mosquito on a regular seasonal basis in states like Missouri, Tennessee, Kentucky, North Carolina, Virginia and D.C."