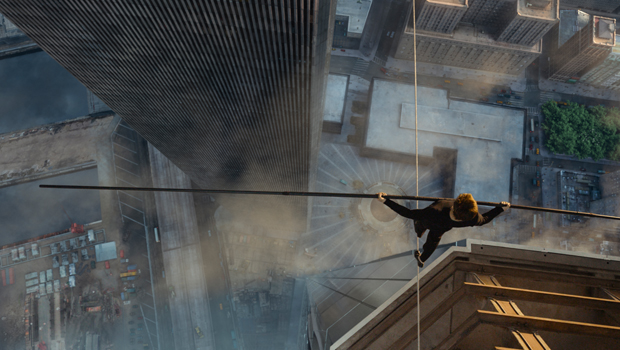 "The Walk," the 3D flick that tells the story of Philippe Petit, the Frenchman who famously walked a high wire between New York's Twin Towers in 1974, is giving some viewers vertigo.

After its premiere at the New York Film Festival this weekend, a number of critics reported moviegoers getting sick, some even vomiting, after viewing certain scenes.

The movie stars Joseph Gordon-Levitt as Petit, who snuck to the top of the World Trade Center and performed the death-defying feat 110 stories above the ground without a net.

"The last 20 minutes of the film I had to look away a couple of times because of the sensation of the height. I felt a little bit queasy. I felt nervous. It was a tingling sensation and some anxiety," Denise Widman, board director of the Boston Jewish Film Festival, told the New York Post.

Director Robert Zemeckis, whose films include "Back to the Future," "Forrest Gump" and "Who Framed Roger Rabbit," told reporters after the screening that his intention was to evoke feelings of vertigo in viewers.

While the 2008 Oscar-award winning documentary "Man on Wire" told the story of Petit's incredible act through the use of still photos, re-enactments and interviews with the daredevil himself and those who conspired with him, no footage exists of the actual walk.

Zemeckis said he wanted to recreate the scene by actually placing the audience up between the towers on the wire.

And, from what critics are saying, it seems to work.

On the scene where the main character lies on the wire, Mexican filmmaker Percival Arguero-Mendoza told the Post: "It felt very real. I felt a knot in my stomach. It's like my head was reeling but I was not dizzy. The audience got a fear of him falling. It's like actually picturing in your mind him falling. You really get a sense of depth."

"The Wire" isn't the first movie to make some viewers physically ill. Shaky camera work in movies like "The Blair Witch Project" and "Cloverfield" reportedly left some audience members with migraines, nausea and vomiting.

Research also shows that 3D movies often make people sick. According to a 2013 study published in PLOS One, 55 percent of the 497 people surveyed reported some sickness after viewing a 3D film.

The reason, experts explain, is because the brain is receiving conflicting information from the senses. While 3D visuals play out on screen, the eyes send signals to the brain that the body is moving. But within the inner part of the ear, where the movement of fluid is used to sense motion and balance, no change in motion is detected.

"The end result is it feels like something is poisoned," Dr. Darius Kohan, an ear surgeon at Lenox Hill Hospital in New York City, told CBS News. "So the reaction is gastrointestinal. You feel nauseous and dizzy."

Dr. Kohan recommends moviegoers sit as far away from the screen as they can, and suggests holding a hand over one eye to help the body reset during dizzying scenes. Avoiding big meals before show time can also help.

And those who are sensitive to vertigo or motion sickness may want to avoid the 3D experience.

"The Walk" is currently playing in limited theaters in the U.S., with a wider release date set for October 9.