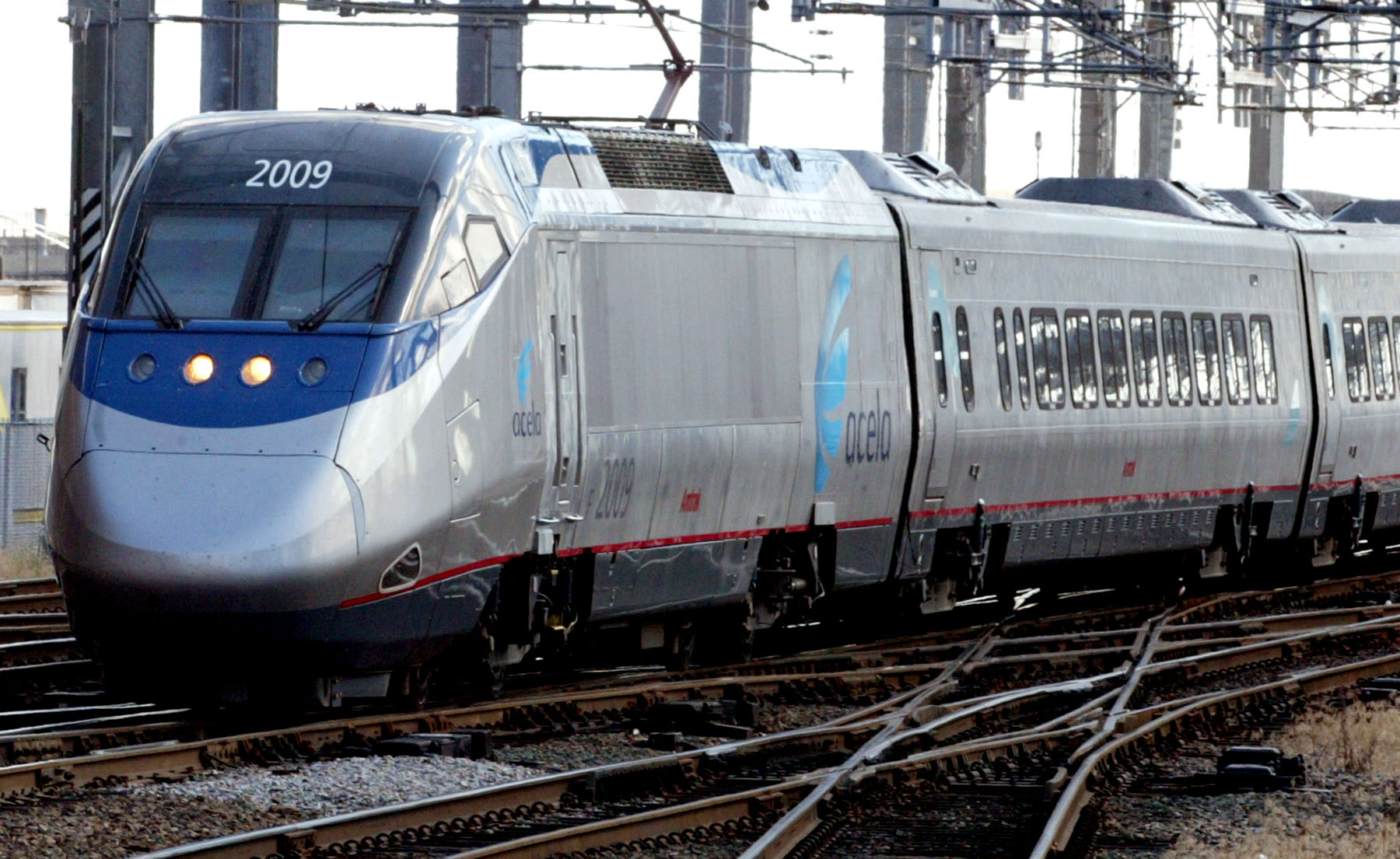 Compared to Japan, which just opened the newest section of its high-speed rail network, the concept has struggled to catch on in the U.S.

The White House unveiled its vision for new train corridors in 2009, but so far there's been little progress. Finally, though, plans to start laying the tracks for a faster future are afoot, reports CBS News correspondent Jeff Pegues.

The Bullet Train in Japan covers 320 miles in just 2 hours and 25 minutes, traveling at close to 190 mph. Amtrak's Acela trains can reach only about 150 mph, but now there are high-speed rail projects underway in the U.S. that will boost that top speed by 50 mph.

Within six years, Texas developers are promising a link between Dallas Fort Worth and Houston at 205 mph. In California, another project hopes to bring a 200 mph system linking cities including San Francisco and Los Angeles by 2028.

"Once the system is up and operating, people will appreciate its efficiency, its safety and its dependability, and that's what we have to do here; we have to demonstrate that this system can work in the United States," Lawless said.

Chairman of the California High-Speed Rail Authority Dan Richard said his state has three of the five busiest Amtrak routes.

"We know that there's a tremendous potential for ridership," he said.

Over the years, high-speed rail initiatives in the U.S. have typically not gone very far.

Between 2009 and 2010 alone, three projects in Florida, Wisconsin and Ohio failed when their funding was cut.

"That's an example of one that has turned into a real boondoggle," California Rep. Jeff Denham said.

Denham represents one of the California districts through which the planned system will travel, and says the $68 billion price tag is a waste of money.

"There aren't ridership numbers to be able to balance the project, and there also aren't private investors willing to invest in it because there will not be profit if you don't have ridership," Denham said.

The Texas project is being funded privately, but it too is facing growing opposition that could stop it in its tracks.

A state representative has proposed legislation that would require elected officials in every city and every county to approve the project.

Cattle ranchers like Rhonda Page Jordan are against it.

"It's not feasible, it's not reasonable, and it's not necessary," Jordan said.

She owns land near Houston that's been in her family for more than 130 years. The high-speed rail line could force them to move.

"Anyone in the United States, and perhaps the world, looks at the state of Texas, and they see cows, cowboy boots, horses and people that farm and ranch," Jordan said. "If they were to try to take Texas Central Railway right through this property, they're going to destroy the very thing that makes Texas the great state it is."

For both projects, it's taken years to get to this point, but they remain on track. In California, where the population is expected to reach 46 million by 2035, high-speed rail is seen as a solution to its growing transportation needs.

Sandy Hook shooter's father: I wish my son had never been born

Woman who falsely accused Black teen at hotel speaks out