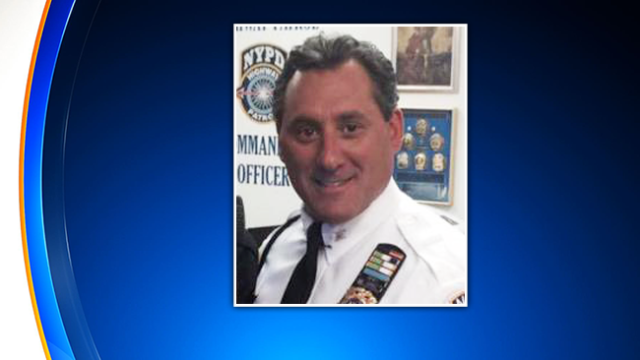 Inspector Michael Ameri was found in his car in West Babylon, New York, dead from an apparent self-inflicted gunshot wound, according to the NYPD.

"We are saddened to learn of the passing of Inspector Michael Ameri. Our thoughts and prayers are with his family during this difficult time," New York City Mayor Bill de Blasio said in a statement to CBS News.

Ameri was found dead near a Long Island golf course around 12:40 p.m., according to Suffolk County police. Ameri was the commanding officer of the city's Highway Patrol Unit. He was recently questioned as part of a federal investigation into alleged corruption in the NYPD, sources told CBS New York.

Ameri was one of many police officers and officials questioned, and was not disciplined by the department in any way, sources said.

The probe has focused on Jeremy Reichberg and Jona Rechnitz, two businessmen who have ties to de Blasio's 2013 campaign. Both served on de Blasio's inaugural committee and either donated or raised money for him.

So far, nine police officials, including four deputy chiefs, have been transferred or stripped of their guns and badges as internal affairs detectives and FBI agents examine whether officers accepted gifts and trips from businessmen in exchange for police escorts, special parking privileges and other favors.

The probe has also involved an investigation of payoffs for gun licenses. Alex "Shaya" Lichtenstein of Brooklyn has been charged with bribing police to give him gun permits without doing background checks or providing justification for owning a gun.

The investigation has also focused on fundraising efforts by Mayor de Blasio and his campaign team.