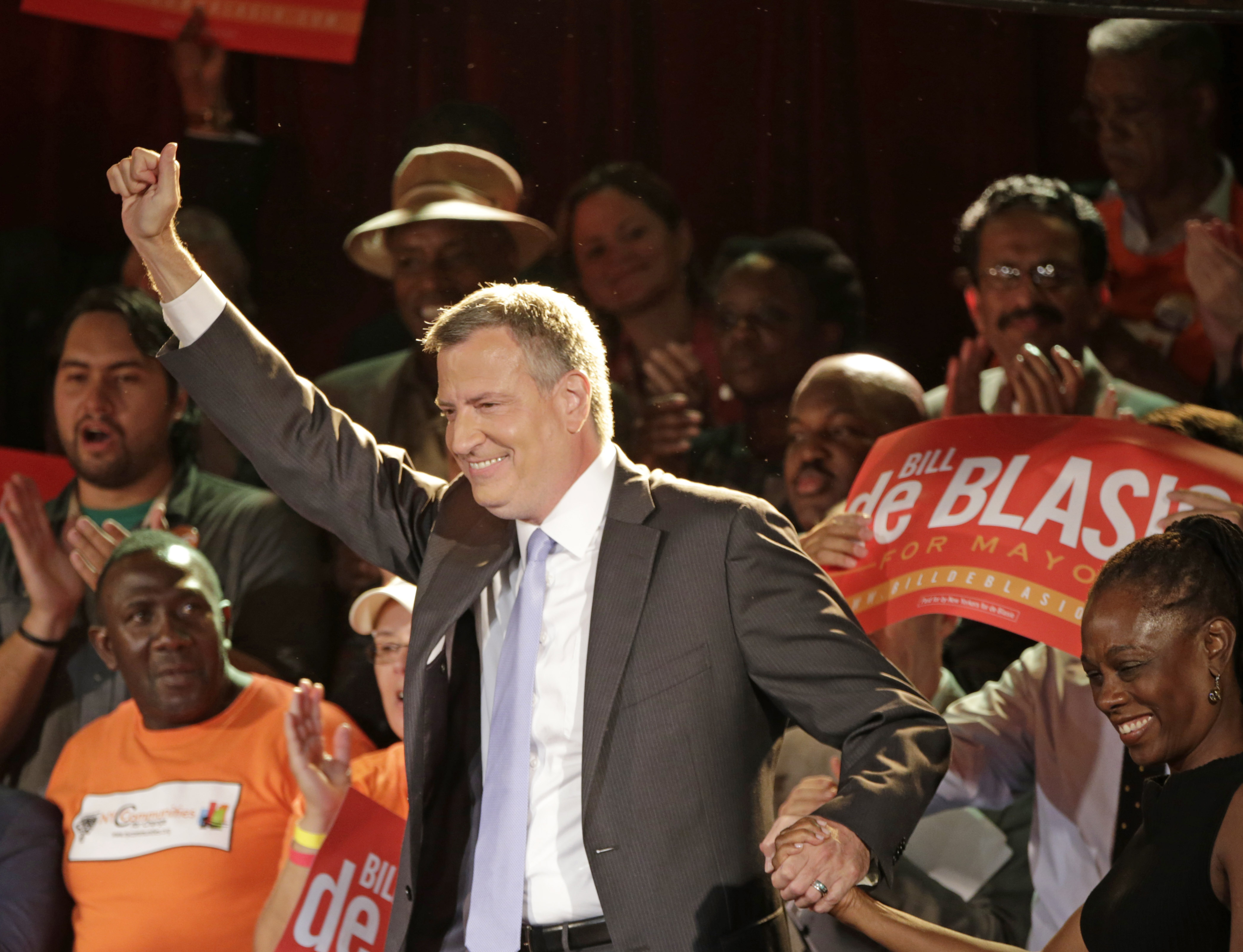 NEW YORK - During his campaign to become New York City's mayor, Bill de Blasio held himself out as a champion of the average New Yorker who would diminish the clout of big business interests at City Hall.

CBS New York reports the accusations have put the mayor on the hot seat.

When confronted by a crush of reporters asking about the accusations after leaving an event in Midtown last week, de Blasio said: "We hold ourselves to the highest standard of integrity, everything we've done from the beginning is legal and appropriate."

Disclosure forms filed by the mayor's nonprofit group, the Campaign For One New York, show that it accepted numerous contributions from companies that did business with the city or wanted something from his administration.

Investigators want to know if real estate developers and other donors received preferential treatment from the city in exchange for contributions to the group, which was created to promote the mayor's policy agenda.

One donor, Joseph Dussich, ran a janitorial supply company that was trying to sell the city mint-scented trash bags to repel rats. He gave $100,000 to the Campaign for One New York, and was subsequently awarded a city contract.

Hudson Companies, a real estate firm, gave $5,000 before the city awarded it a bid to transform a Brooklyn library into a residential skyscraper.

Also on the donor list was the powerful American Federation of Teachers, which gave a whopping $350,000 to the nonprofit in 2014, less than a month before the city penned a contract with its public school teachers giving them raises and retroactive pay. City Hall denied any link. Union president Randi Weingarten insisted the donation "was fulfilling a long-standing commitment" by the union to support universal pre-kindergarten, which was at the top of the Campaign for One New York's priorities list.

De Blasio, a liberal Democrat, said nobody who donated to the nonprofit group ever got preferential treatment from the city.

"We do everything to the letter of the law, disclose everything, are open about it, do not let it affect our decisions," he said in a recent radio interview. "Meanwhile a lot of people are doing a lot worse and not getting any examination."

New York City's ethics agency, the Conflict of Interest Board, had issued an opinion that donors to the Campaign for One New York must not have business "pending or about to be pending" before City Hall.

De Blasio said city lawyers had carefully vetted the donations to make sure they complied with that edict.

Campaign for One New York had long come under fire by good government watchdogs - who called it a "shadow government" that raised $4 million and spent much of it on consultants who also did work for de Blasio's political campaign.

De Blasio announced this year that its work was done and it would soon close. That did nothing to stem the scrutiny, which intensified in recent weeks with reports that the FBI and others were investigating the group's donors.

Federal authorities have subpoenaed Dussich, the janitorial supply company owner with the minty trash bags, as part of their probe. His attorney, Roland Riopelle, said his client is "fully cooperating" with investigators, but declined further comment.

There was no response to messages left with Frias Transportation or Hudson Companies.

Don Peebles, a real estate developer, said de Blasio called him on the phone in 2014 to solicit a $20,000 donation at a time when he had several projects going that required either city or state approval.

Peebles told The Associated Press that he gave the sum because he was a political supporter and believer in pre-kindergarten education, not because he expected favors in return.

But Peebles, a Democrat who's considering running for de Blasio's job in the next election, said it was a mistake for the mayor to target developers eager for access to City Hall.

"When the mayor calls it's more difficult to say, 'No.'"