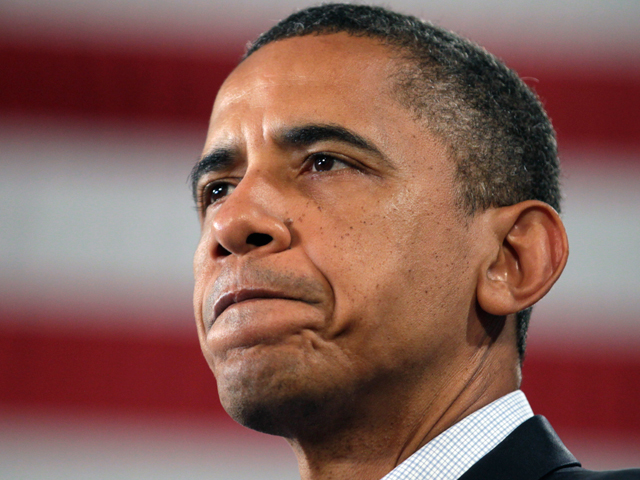 President Obama has 14 months to turn the economy around before facing voters on Election Day 2012.

The president's latest poll numbers suggest voters are growing impatient with his performance on the economy, and Republicans are eager to offer an alternative. Some members of his own party are clamoring for more bold, stimulative measures, but Mr. Obama faces a daunting political environment (what with a "super committee" focused on deficit reduction) that will make significant moves all the more difficult.

Hoping to convince voters that they can still count on him to revive the economy, Mr. Obama will deliver a speech next week laying out a series of economic initiatives to stimulate growth. The president will put forward ideas he's endorsed before, as well as new ideas, according to the White House.

It's unclear how much his forthcoming plan could revive the economy before November 2012, but it will at least give Congress an indication of what the president wants to get done -- and may give voters an idea of what to expect from another four years of the Obama administration.

Yesterday in the White House Rose Garden, Mr. Obama called restoring the economy the nation's most "urgent mission." He said the ideas he'll propose next week will be steps Congress can take immediately "to put more money in the pockets of working families and middle-class families, to make it easier for small businesses to hire people, to put construction crews to work rebuilding our nation's roads and railways and airports, and all the other measures that can help to grow this economy."

Mr. Obama has in the past endorsed the idea of setting up an infrastructure bank to fund projects like highway and rail construction, and could specifically call on Congress to put that plan into action. He's also talked about renewing a 2-point cut in the payroll tax for employees and extending unemployment benefits -- two other ideas that could be in his speech.

The president has long been pushing for Congress to ratify pending free-trade agreements with Panama, Colombia and South Korea. The White House and other proponents of the free trade deals say they'll stimulate the economy, but those who oppose the deals fear they would lead to job outsourcing.

Mr. Obama has also hinted he could ask for new incentives for employers to hire more people -- he's already called on Congress to pass a tax credit for companies that hire unemployed veterans, a proposal he touted at the American Legion National Convention on Tuesday.

According to the Associated Press, the White House is considering other ideas, such as a $50 billion school construction initiative, and encouraging businesses to create more jobs in the U.S. by giving them preferred tax rates for bringing foreign sources of income to the U.S.

It's likely, however, that the president's plan will be criticized as too weak by liberals and too costly by conservatives.

Representing a more liberal standpoint, Democratic Rep. George Miller of California on Friday introduced a bill to give state and local governments billions of dollars to keep public employees -- like teachers, cops and firefighters -- on the payroll. Miller points out that hundreds of thousands of public jobs were lost in the recession, which has contributed to the stubbornly high unemployment rate.

Miller's bill has essentially no chance of passing in the GOP-led House, where Republicans have downplayed public job losses as part of the downsizing of government. And even more moderate stimulative measures the president could put forward are likely to face pushback from Republicans. House Majority Leader Eric Cantor has made clear that he thinks even extra emergency relief spending to help victims of Hurricane Irene should be offset with spending cuts elsewhere.

Cantor sent a memo to GOP lawmakers Monday that the House this fall will focus on rolling back and stopping regulations they say are hindering job creation. For instance, they'll take on the Environmental Protection Agency, calling into question it's proposed changes to ozone regulations and other rules. This year, Cantor said, the House GOP will focus on at least 10 regulations identified as "costly bureaucratic handcuffs that Washington has imposed upon business."

Meanwhile, Mr. Obama's 2012 competitors are busy criticizing the president's economic record. Texas governor and Republican presidential candidate Rick Perry said this week he would not support any stimulus as president. And in the same week Mr. Obama will deliver his jobs speech, presidential candidates Jon Huntsman and Mitt Romney are also slated to unveil jobs plans.