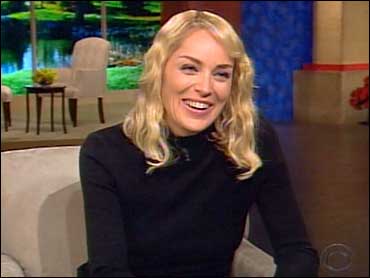 Bail also was set at about $500,000 for several other leaders of activist groups, many of them instrumental in disruptions at last fall's World Trade Organization meetings in Seattle.

John Sellers, 33, a leader of the Berkley, Calif.-based Ruckus Society, has been charged with numerous misdemeanors, including conspiracy, obstruction of justice and disorderly conduct, attorney Larry Krasner said. He was arrested Wednesday after police identified him for what they said were actions Tuesday evening.

"He sets the groundwork. He sets the stage," Assistant District Attorney Cindy Martelli said during his bail hearing Thursday. "He facilitates the more radical elements to accomplish their objective of violence and mayhem."

A $1 million bail also was set for Kate Sorensen, 34, a leader of the Philadelphia Direct Action Group and Philadelphia ACT UP, which were among the primary organizers of training and demonstrations during the convention and in Seattle. She also is accused of instigating property damage and instructing people how to do it.

At least two other people, including ACT UP leader Paul Davis, had bail set at $450,000 and $500,000, said Krasner. The attorney said he is representing about 10 protesters arrested this week.

While Tuesday was a wild day for street demonstrations in Philadelphia, with some 300 protesters arrested in sometimes violent brawls with police, the intensity of the protests diminished significantly the remainder of the week.

Protesters arrested during civil disobedience often are released on summary charges or have bail set at less than $20,000, Krasner said.

"It's an unconscionable, ridiculous bail and completely off the map from the norm," Krasner said. "This is a desperate effort to systematically punish these people without a trial, to lock them up, keep them off the streets."

In a news briefing Thursday, police Commissioner John F. Timoney spoke of "some arrests effected in the Center City area that included some of the so-called leaders." He declined to provide details but insisted that no pre-emptive arrests had been made "just to take the leaders out."

Despite the arrests, critics of the Philadelphia olice force conceded they did a good job handling protests surrounding the Republican convention.

It's quite a change for the often criticized force, which was embarrassed just last month when several officers were caught on videotape kicking and beating suspect Thomas Jones.

"I'm certainly not proud of them, but they were more subdued than I expected compared to the reputation of Philadelphia," protester Bernadette Moreno, 18, of Pittsburgh, said Thursday.

That's high praise from a protester for a force with a history of brutality, corruption and racism dating back to the mid-1970s.

"It was obvious they knew what they were doing. That's a big change for Philadelphia," said Temple University professor James Fyfe, a former New York City police officer. "In a way the Jones situation had a good effect because the cops were very concerned of the criticism."

Philadelphia NAACP President J. Whyatt Mondesire agreed that police officers seem to have taken a lesson from the videotaped beating.

"As incredible as it sounds, the beating of Thomas Jones probably saved these kids a couple of beatings, a couple of lumps," said Mondesire, one of the most vocal critics of police for the Jones' beating.

Presser accused police of partially inciting Tuesday night's violence by raiding a warehouse that protesters had used as a staging area. About 70 people were arrested at the site, which organizers said was used for making signs and puppets.

"I've been assured we have probable cause to make those arrests," he said.