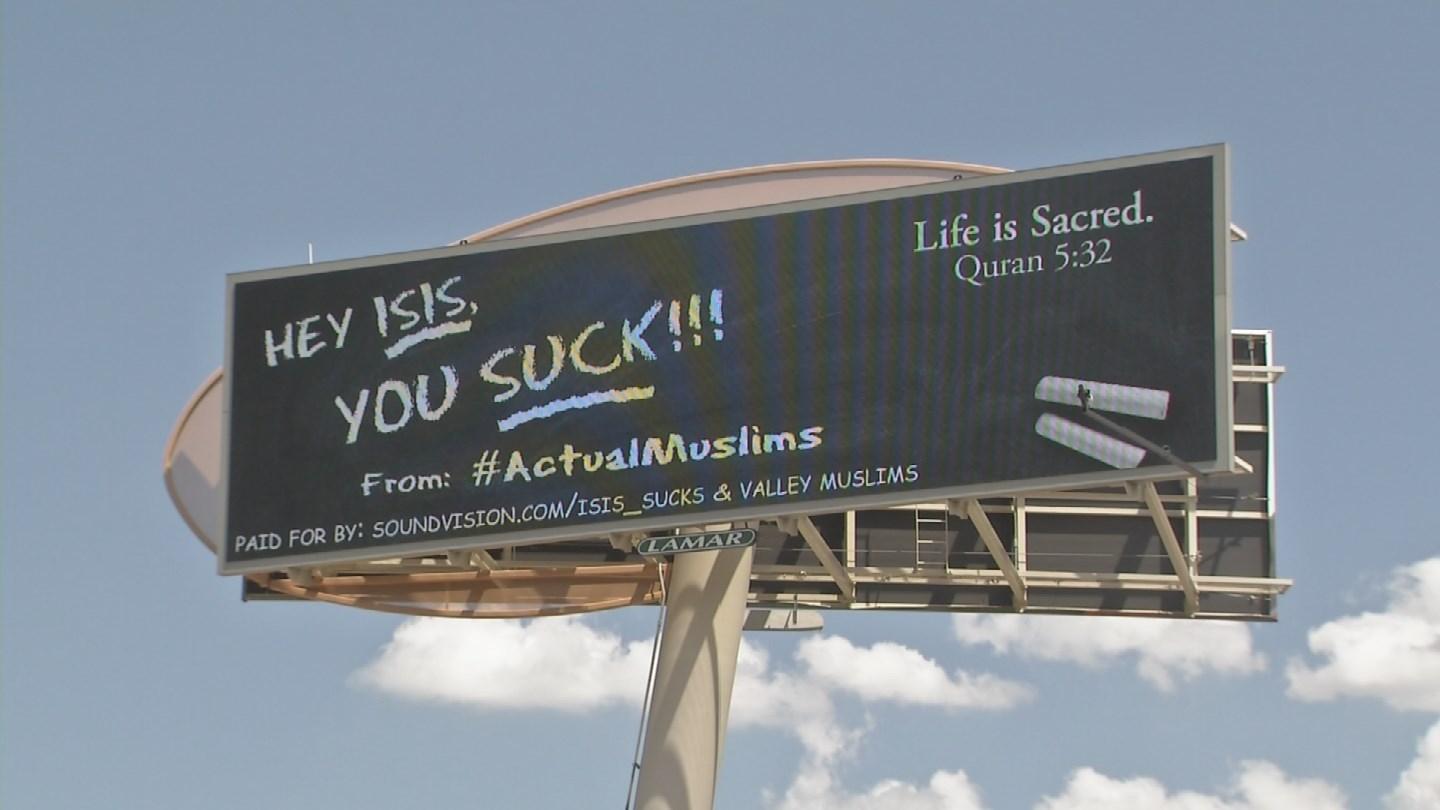 PHOENIX - A new anti-ISIS billboard is turning heads on a major Phoenix highway, and organizers say they hope to bring the campaign to more cities.

Reading “Hey ISIS, you suck,” the billboard is signed, From: #ActualMuslims.  A quote from the Quran, “Life is sacred,” is imprinted on the billboard.

According to multiple reports, the same billboard appeared in Chicago recently along a major highway.

The sponsor of the billboard campaign, Sound Vision​, a nonprofit group, said the campaign was a grassroots effort started by a group of young American Muslim fathers in Chicago.

Writing in The Islamic Monthly​, one of the organizers, Omar S. Ali, said: “Our message was to speak to the common American folks to make them aware that ISIS does not represent us, or our faith.”

Ali continues: “Designing, creating and implementing the billboard idea was truly a grassroots effort by a group of Muslims from Chicago who, like me, sincerely want to let the world know that we are Americans and love this country and will not allow an extremist fringe group to hijack our faith.”