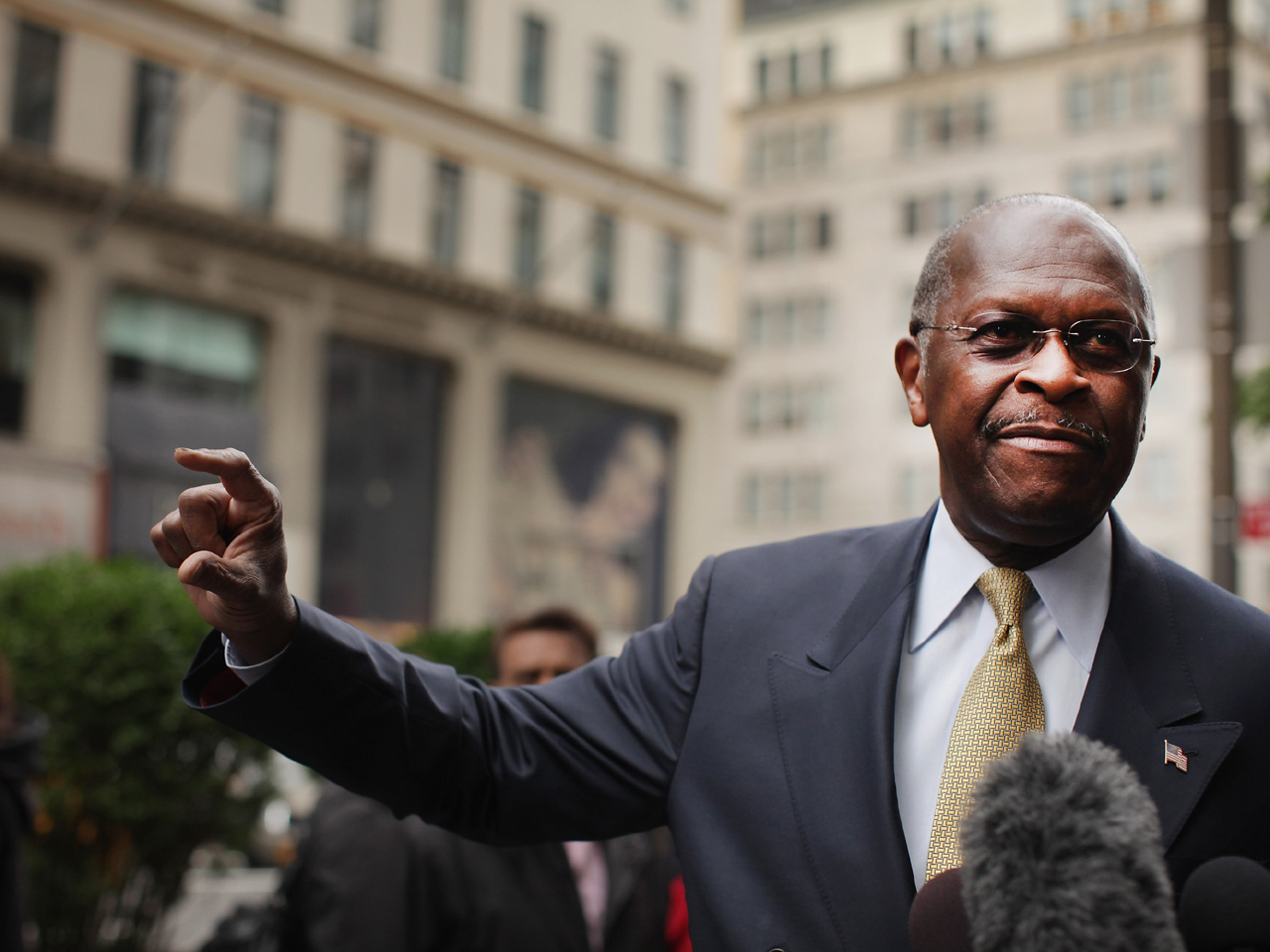 As the "Occupy Wall Street" protests enter their third week and spread to cities across the country, Republican presidential candidate Herman Cain is expressing skepticism about the demonstrations.

"What do they want?" Cain asked when asked about the protests in an interview with the Wall Street Journal. "I don't have facts to back this up, but I happen to believe that these demonstrations are planned and orchestrated to distract from the failed policies of the Obama administration."

"Don't blame Wall Street, don't blame the big banks," he continued. "If you don't have a job and you are not rich, blame yourself!"

The demonstrations "come across more as anti-capitalism," he added.

The Occupy Wall Street protests,originally organized by the anti-consumerist magazine Adbusters, started on Sept. 17 with a few dozen demonstrators who tried to pitch tents in front of the New York Stock Exchange. Since then, thousands across the country have joined.

The protesters say they demonstrating against corporate greed and the outsize influence Wall Street has in Washington. While they weren't started by pro-Obama groups, supporters of the president like labor unions are now joining the demonstrations.

One motto that's spread through the demonstrations has been, "I'm the 99 percent" -- a reference to those who not among the wealthiest 1 percent of Americans.

While Cain dismissed the protests, he stressed in his interview with the Wall Street Journal that he's more in touch with the middle class than the GOP frontrunner, Mitt Romney. In the latest CBS News poll, Cain is tied for first place with Romney.

Romney "has been a Wall Street executive, I have been a Main Street executive," Cain said, citing his experience in the restaurant industry. "I have been closer to the pulse and the heartbeat of medium and small businesses, operationally, more so than Mitt."

And while Cain has been successful in business, he told the Wall Street Journal's Alan Murray, "Don't spread this perception I'm a kajillionaire."

On Tuesday, Romney also decried the Occupy Wall Street protests. "I think it's dangerous, this class warfare," he said.