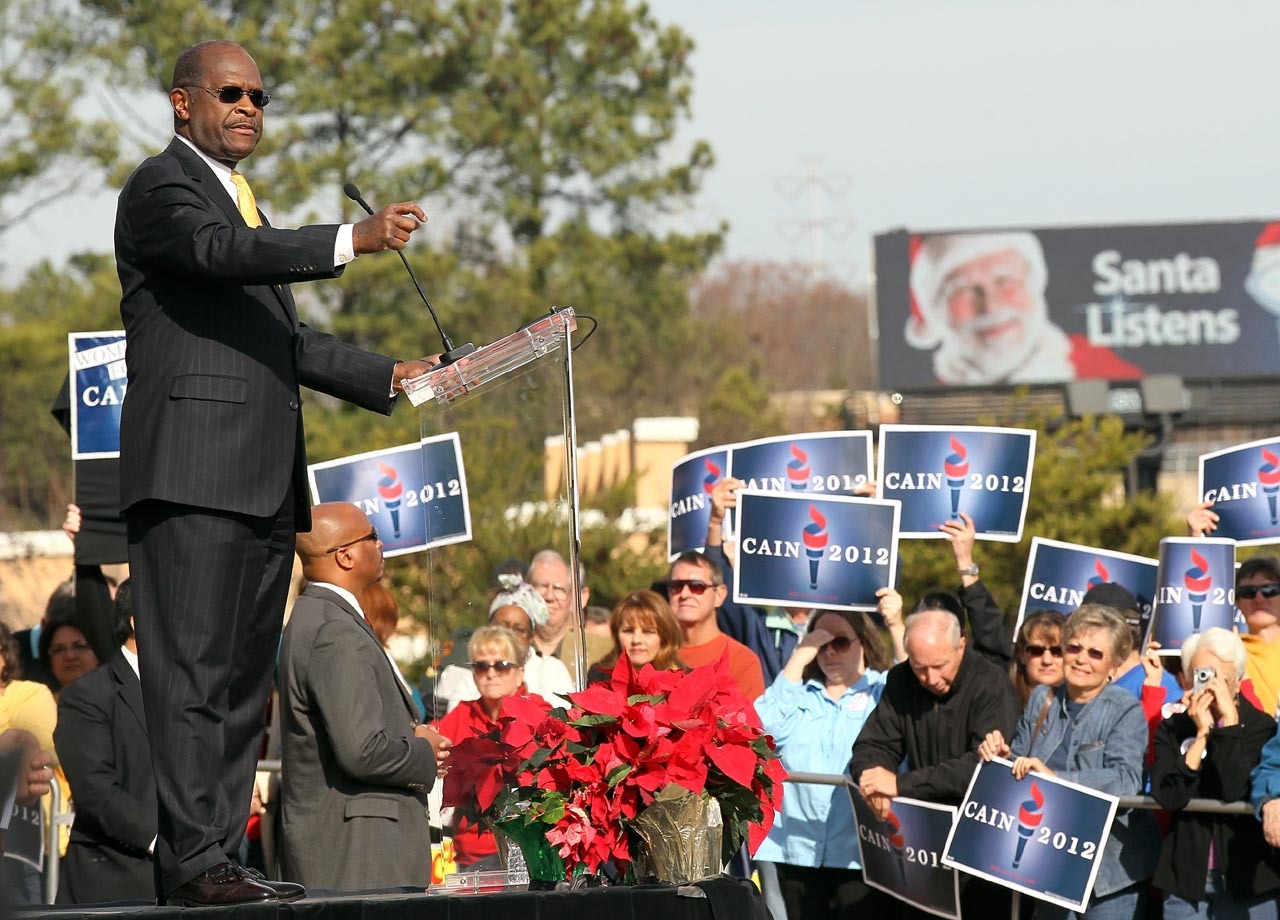 And then there were seven. Acknowledging the harm that charges of sexual misconduct have inflicted on his family, Herman Cain told supporters Saturday that he is suspending his campaign for the Republican nomination. Cain's withdrawal leaves seven candidates still in the race and a lot of questions about who stands to benefit. CBS News political correspondent Jan Crawford was in Atlanta for the Cain announcement.

"I am suspending my presidential campaign because of the continued distraction," Herman Cain announced in a speech Saturday.

He continued to deny the allegations that rocked his campaign.

"These false, unproved allegations continue to be spinned in the media and in the court of public opinion," he said.

After the announcement, Cain told CBS News he made the decision on his own.

"My wife didn't say 'Do it or don't do it.' She just said, 'I support you.' I recognized the pain in her. And the pain it was causing her and my family because of the constant spinning [and] spinning, when the allegations were false and unproved to begin with, that just wasn't something that I wanted her and family to continue to go through. "

Asked if he would have done anything differently looking back, Cain said: "No, no. I have no regrets."

Cain had run an unconventional campaign--and his exit was unconventional too. Hundreds of cheering supporters gathered for what was supposed the opening of his new Georgia headquarters. It felt like a rally--especially when Cain arrived holding hands with his wife Gloria.

Supporters were devastated by his announcement. including Erica Daniell. "I'm sad for a lot of reasons," she said, "because I really had hopes for our country with him."

The former Godfather's Pizza executive enjoyed broad appeal as an inspiring speaker with a simplified plan to put a flat 9 percent tax on sales, income and corporations.

But the allegations sexual harassment and then an affair simply were too much.

At the event today, disappointed supporters like Laura Schaeffer said they were angry Cain was forced out.

"The media did this to him," she said. "They took a decent and upstanding man and they shredded him with lies."

Crawford spoke with Cain's wife, Gloria, after the event. She said Cain made his decision before he got home last night and that she would have supported him either way. She had gone back and forth whether he should get out of the race. But on Saturday, Cain said he would continue to be involved in conservative causes and speeches across the country and that he will be endorsing a candidate.