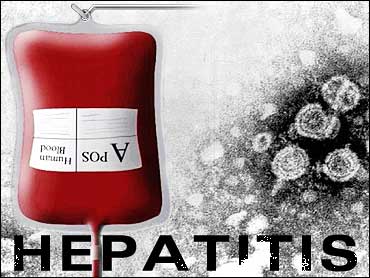 It's estimated that up to a third of all Americans will be infected with a form of hepatitis in their lifetimes. Despite its prevalence, little is know about the disease.

So Saturday Early Show medical contributor Dr. Mallika Marshall offers advice on how to avoid it.

Hepatitis is basically inflammation of the liver, which over time can lead to scar tissue or something called cirrhosis, liver failure and even liver cancer.

There are several types of hepatitis including A, B and C. These are all types of viral illnesses, Dr. Marshall says, though other things, such as alcohol poisoning, can cause hepatitis.

With regards to viral hepatitis, Hepatitis A is the least serious and is quite common, affecting 180,000 Americans each year. It is generally passed on by eating food or drinking water that's been contaminated with human waste.

Hepatitis B and C are more serious, and are generally spread though bodily fluids such as with unprotected sex, sharing needles or through contaminated blood products.

The following are the common symptoms for hepatitis:

Many people infected with hepatitis don't feel any symptoms at all, and if they do, the symptoms may be mistaken for something else.

Here is what you can do to avoid the disease:

Avoid Raw Shellfish
Mollusks, such as clams, mussels and oysters, are particularly common sources of hepatitis A in this country.

Wash Raw Produce
Fruits and vegetables can easily get contaminated during harvesting and packaging. So always rinse your produce off with water before eating it. Another thing you should do is remove and discard the first few layers of lettuce or an onion before serving them.

Wash Hands Frequently
A lot of people forget to wash their hands before preparing food, and this is a big way that food borne-illnesses are passed on.

Ask Questions At Salon
Instruments that are used at nail salons, such as nail clippers and cuticle shavers can be breeding grounds for hepatitis viruses. So make sure before the manicurist uses them on your skin that they've been properly disinfected.

Get Tested
If you have any of the symptoms we mentioned, you should get tested for hepatitis. It involves a simple blood test. And you definitely want to get tested early so you can get treated early.