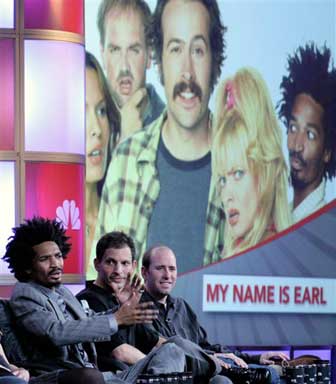 No longer relegated to the bench when he faces tough left-handed pitching, Colorado Rockies rookie Todd Helton is actually thriving in lefty vs. lefty matchups.

Helton hit a two-out, two-run homer in the seventh off southpaw Mike Mohler, highlighting a five-run inning as the Rockies rallied for a wild, 11-10 win over the Oakland Athletics on Sunday.

Helton pulled a 2-2 fastball into the second deck in right field to cap the comeback.

"I was kind of peeking over my shoulder, waiting to see if Groove (manager Don Baylor) was going to pull me," Helton said. "He showed a lot of confidence in me, just letting me hit, and I appreciate that. The more you see left-handers, the more comfortable you become."

Helton doubted he would get a chance to hit the game-winner, having grounded out weakly in his first three at-bats against Oakland starter Tom Candiotti, the first knuckleballer he has ever faced.

"After those terrible at-bats I had against the knuckleballer," he said, "I didn't think I was going to get another chance. It looked like the lefty was throwing about 115 (mph) after that."

Baylor said Helton "has been swinging the bat well" but declined to commit to playing Helton against Seattle's Randy Johnson in the Rockies' next series.

Colorado batted around in the seventh, as the A's did in their half. After two singles off T.J. Mathews, Mike Lansing hit an RBI single off Mike Fetters (0-2).

Bichette, who earlier had a two-run homer, finished with three RBIs.

A's rookie Ben Grieve drove in a run in the eighth with his second double of the game. In the three-game series, Grieve went 9-for-13 with eight RBIs.

Oakland sent nine batters to the plate in its seventh against Rockies starter Jamey Wright and reliever Mike DeJean. The A's, trailing 6-5, loaded the bases with two outs.

Stairs greeted DeJean (3-0) with a single between first and second, and Ryan Christenson followed with an RBI single.

Dave Veres pitched the ninth for his third save.

"The last three outs of the game that was my biggest concern," said Baylor, in reference in Colorado's bullpen collapse in an 8-6 loss on Saturday night.

It turned out to be a happy 49th birthday for Baylor, who said, "I hope no one stresses on their birthday like I did. It was back and forth."

"Our defense was our downfall," he said. "We don't make a play to start the fourth inning, and we wind up giving up three unearned runs. In the seventh, we couldn't get anyone out."

Grieve doubled with two outs in the first and scored on Jason Giambi's single. In the Rockies' half, Neifi Perez drew a leadoff walk from Tom Candiotti and Bichette hit his 11th homer.

Colorado padded its lead to 3-1 in the second when Ellis Burks tripled and scored on John Vander Wal's sacrifice fly.

The A's erupted for four runs in the fourth, thanks to four well-placed ground balls. Giambi reached on second baseman Lansing's fielding error, Blowers singled through the mound and Miguel Tejada hit an RBI single between first and second against a drawn-in infield.

Christenson doubled over the third-base bag, and A.J. Hinch hit a two-run single between first and second.

Colorado reclaimed the lead at 6-5 with three runs in its half, keyed by Wright's two-run double.

Notes: The Rockies made two changes in their rotation for a three-game series beginning Tuesday in Seattle. Mike Saipe (0-0) will make his second major league start on Wednesday, and Darryl Kile (5-10) will pitch Thursday. John Thomson was eligible to come off the disabled list on Wednesday but continues to be bothered by a blister on the middle finger of his pitching hand. Bobby Jones has a similar injury and will skip his scheduled Thursday start. ... Candiotti's double in the third inning was the first regular-season extra-base hit by an Oakland pitcher since Sept. 15, 1972, when Ken Holtzman doubled against Texas. ... Wright's two-run double represented both his first extra-base hit and first RBIs of the season. ... The A's have won 14 games in June, their most wins in any month since going 17-10 in July 1996.