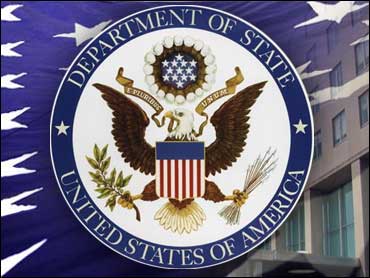 First the good news: greater numbers of young people are taking the foreign service exam, looking for a diplomatic career. Since Colin Powell became secretary of state this is especially true for minorities.

Now the bad news: the State Department is badly understaffed and a new General Accounting Office report says it "…is facing serious staffing shortfalls at many of its posts, especially those designated hardship posts…"

The bottom line: more diplomats are willing to serve in London, Paris and Rome than they are in Karachi, Kiev and Jedda.

The GAO report reviewed staffing in seven countries and visited three of those—China, Saudi Arabia and Ukraine. A lot of its report is in the language bureaucrats use to talk to and about each other. There are references to "staffing shortfalls", "compromising diplomatic readiness", "bidding" for positions and other phrases those outside the system have a hard time understanding.

So how big is the problem? The GAO says "at the U.S. mission in China, 62 percent of Foreign Service employees did not meet the language proficiency requirements of their positions. In Russia, 41 percent of U.S. mission employees did not meet the language proficiency level designated for their positions." In Saudi Arabia, the report says, "the head of the public diplomacy section at a consulate had no Arabic language skill".

In other hardship posts the GAO looked at, it found junior officers working at positions several levels above their experience.

Examining the bidding system the State Department uses for foreign service officers to pick their positions, the GAO found State had difficulty filling a number of positions in hardship posts, many of which were in countries key to U.S. foreign policy. In China and Russia, for example, the GAO investigators found 25 positions had no bidders at all this year.

The foreign service is a complicated career path. Officers have to juggle their ambitions with their talents, their family's safety and, increasingly, their spouse's career opportunities. Does a post have proper medical facilities? What about a good school for the kids? Is the extra pay for spending a couple of years in Kiev, Ukraine worth it compared to a longer stay in Madrid or Canberra?

In recent years, America's diplomats have increasingly found themselves on the front lines, almost as much as professional soldiers who sign up to fight and are allowed to carry weapons to protect themselves. State Department figures show 14 American diplomats lost their lives between 1991 and 2001. The number is considerably higher when you include foreign service nationals who work at U.S. embassies and consulates around the world.

The GAO says that new hiring by State will solve part of the problem but it recommends an overhaul of the current system, without which it concludes "there is little assurance State will be able to place the right people in the right posts at the right time. As a result, diplomatic readiness could be at risk at hardship posts, many of them of significant importance to the United States."