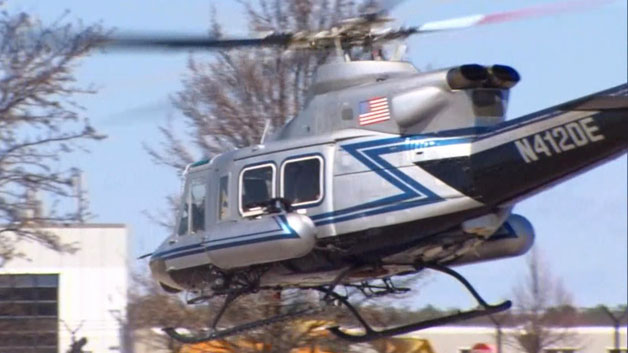 BOSTON -- As the city prepares for its third Boston Marathon since two homemade bombs exploded at the 2013 race, security is being stepped up on the ground and in the air.

"Just as a precautionary measure, it doesn't mean that anybody expects that something will happen," Mark Parsons of the National Nuclear Security Administration told WBZ.

The helicopter flies about 150-feet off the ground and picks up normal signs of radiation like over medical facilities and construction sites that use x-ray machines.

Two pods on the sides of the helicopter measure the radiation levels. That data will be used to make a map that tells scientists what are acceptable normal levels.

But what if the worst case scenario is found?

"If the bomb were radiological in nature, we would expect to see it," said Dr. Michael Mazur of the NNSA.

The government's radiation-detecting chopper was back above the route on Thursday, but will not be in the air on Marathon Monday.

The FAA will have other types of aircraft to help keep people safe, according to Boston Police Commissioner William Evans.

Commissioner Evans added there will be a significant number of undercover police officers blending in with spectators and more cameras along the race route.

He also said that if the crowds get too large in Kenmore Square and along Boylston Street, police will kindly ask people to move to another area.

Like previous years, spectators are encouraged not to bring backpacks.