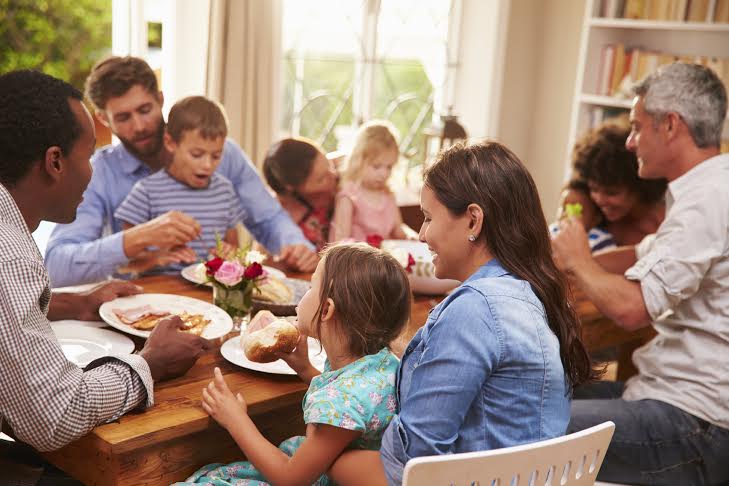 It takes a family to fight heart disease, a new study suggests.

A constellation of factors, from parenting style to how families cope with stress to the activity level and food choices in a home, can impact a person's heart health over the years, say researchers from the Icahn School of Medicine at Mount Sinai, in New York.

They reviewed dozens of studies on the topic and say the family is "a linchpin" when it comes to cardiovascular health. Their report, in the Journal of the American College of Cardiology, recommends health providers use family-based approaches to encourage healthier lifestyles that will help combat heart disease, the number one killer in the United States.

The report included findings on the physical activity levels of parents and how even children as young as preschool age mirror what their parents do or don't do when it comes to activity and exercise.

A parent's perceptions of obesity and, in particular, of his or her own child's weight, can play a big role in affecting childhood obesity, too. Parents of overweight children tend to underestimate their child's weight status, especially in younger kids.

"Many things do run deep run in families. This is especially true for obesity, as there are genetic influences and many environmental factors related to dietary choices and physical activity," said Dr. Chip Lavie, medical director of Cardiac Rehabilitation and Prevention and director of the Exercise Laboratories at the Ochsner Clinical School in New Orleans.

Lavie told CBS News, "Although the obesity rates have leveled in recent years, I believe there is still a great amount of concern about obesity in young people and children, which is mostly being caused by the very low physical activity, the prolonged sedentary time -- on cell phones, video games, computer sand TV -- combined with high caloric snacking."

And while genes play a role, the environment and habits of an individual, such as smoking, are intertwined with cardiovascular disease outcomes.

"We have to turn on the genes in order for them to work," said Dr. Suzanne Steinbaum, director of Women's Heart Health at Lenox Hill Hospital, in New York City.

A family's response to stress can have long-range heart health implications, the researchers found. For example, some turn to poor nutrition and sedentary behaviors when tough times hit.

How parenting style affects health when it comes to the heart was notable, said Steinbaum.

While not surprising, children of more permissive or more neglectful parents had worse eating habits, she told CBS News, "An authoritative parent, yet one who is willing to listen and communicate, that is probably more reflective of a healthier home psychologically and socially, and probably of healthier children and more successful children."

"I love this study," Steinbaum said, noting that it may be the first review of its kind to focus on what goes on in the home and how that relates to cardiovascular health.

"You can't separate the actual home life from heart disease. It's truly a family disease," she said.