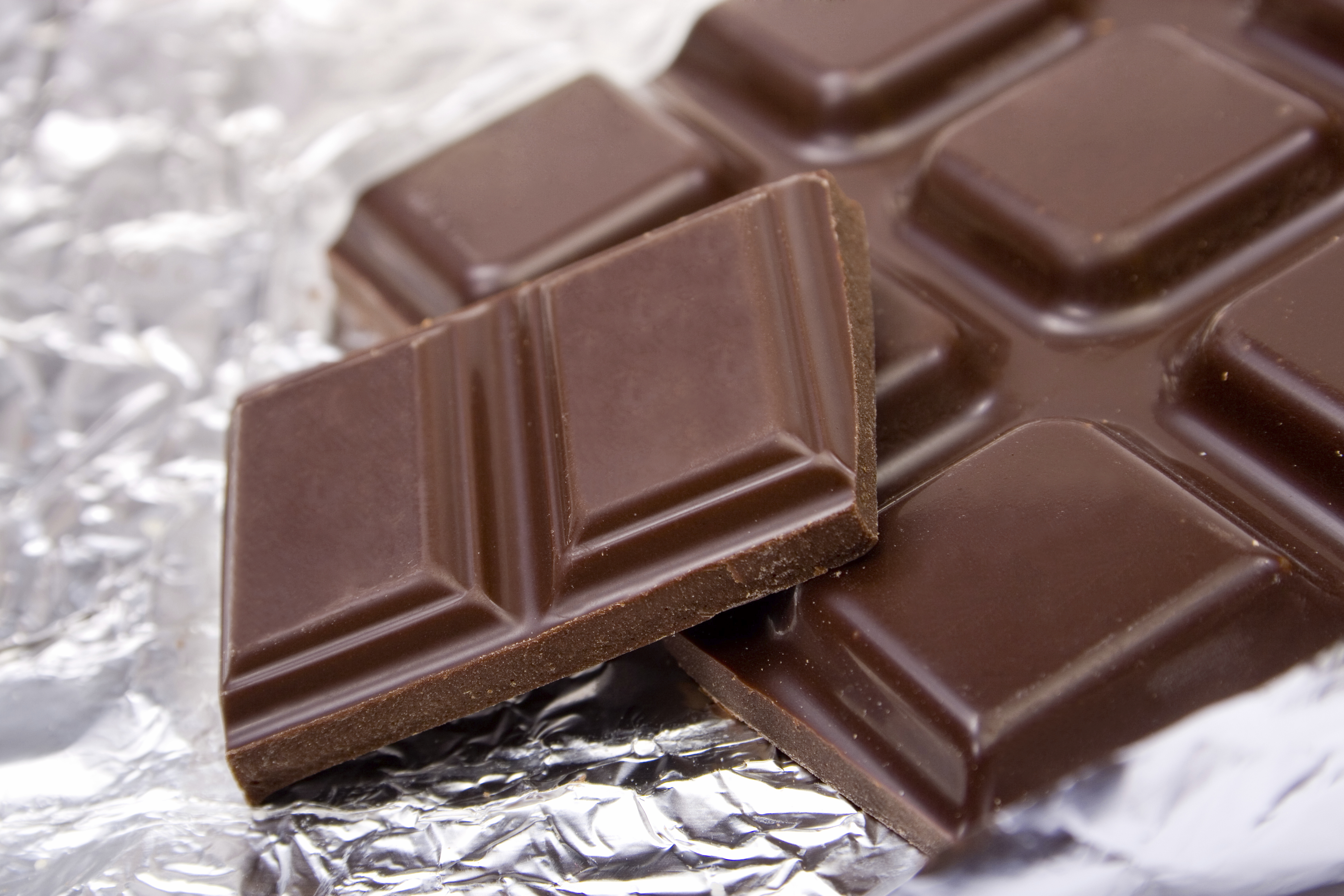 Good news for people who are trying to lower their risk of cardiovascular disease: a new study suggests you don't have to cut chocolate out of your diet.

In fact, new research published in the BMJ journal Heart says that it may actually be good for your heart.

The researchers looked at long-term health data on nearly 21,000 adults in England. They found that participants who consumed the most chocolate (up to 100 grams a day, the equivalent of almost two and a half Hershey bars) were 11 percent less likely than those who ate no chocolate to have a heart attack or stroke, and 25 percent less likely to die from cardiovascular disease. Results remained the same after researchers adjusted for a number of dietary variables including smoking, age, alcohol consumption and physical activity level.

"Our study concludes that cumulative evidence suggests higher chocolate intake is associated with a lower risk of future cardiovascular events," Prof. Phyo Myint of the University of Aberdeen Institute of Applied Health Sciences said in a press release.

Before you run for the candy aisle, it's important to note that the study shows only a correlation between chocolate consumption and reduced cardiovascular disease risk -- it does not prove that chocolate lowers the risk. The researchers also point out that food frequency questionnaires, which the study was based on, do have a certain amount of recall bias and may underestimate the items eaten.

Reverse causation -- the possibility that people at higher risk for heart disease may watch their diets and eat less chocolate than those who are healthier -- may also help to explain the results, they say.

To further evaluate the heart benefits of chocolate, the researchers also carried out a systematic review of previously published evidence on the links between chocolate and cardiovascular disease. Results from those studies were even more convincing: overall, chocolate consumption was linked to a 25 percent lower risk of heart disease and stroke and a 45 percent lower risk of associated death.

Chocolate lovers in the current study ate more milk chocolate than dark chocolate, which suggests that the health benefits of chocolate aren't specific to dark, which is often touted for its health benefits because it contains a compound called flavonoids.

"This may indicate that not only flavonoids, but also other compounds, possibly related to milk constituents, such as calcium and fatty acids, may provide an explanation for the observed association," Myint said.

According to the Cleveland Clinic, flavonoids found in chocolate can help to repair damage caused by free radicals. Flavanols are also beneficial for vascular health and may lower blood pressure and improve blood flow to the brain.

"There does not appear to be any evidence to say that chocolate should be avoided in those who are concerned about cardiovascular risk," the researchers conclude.

So, let them eat chocolate!