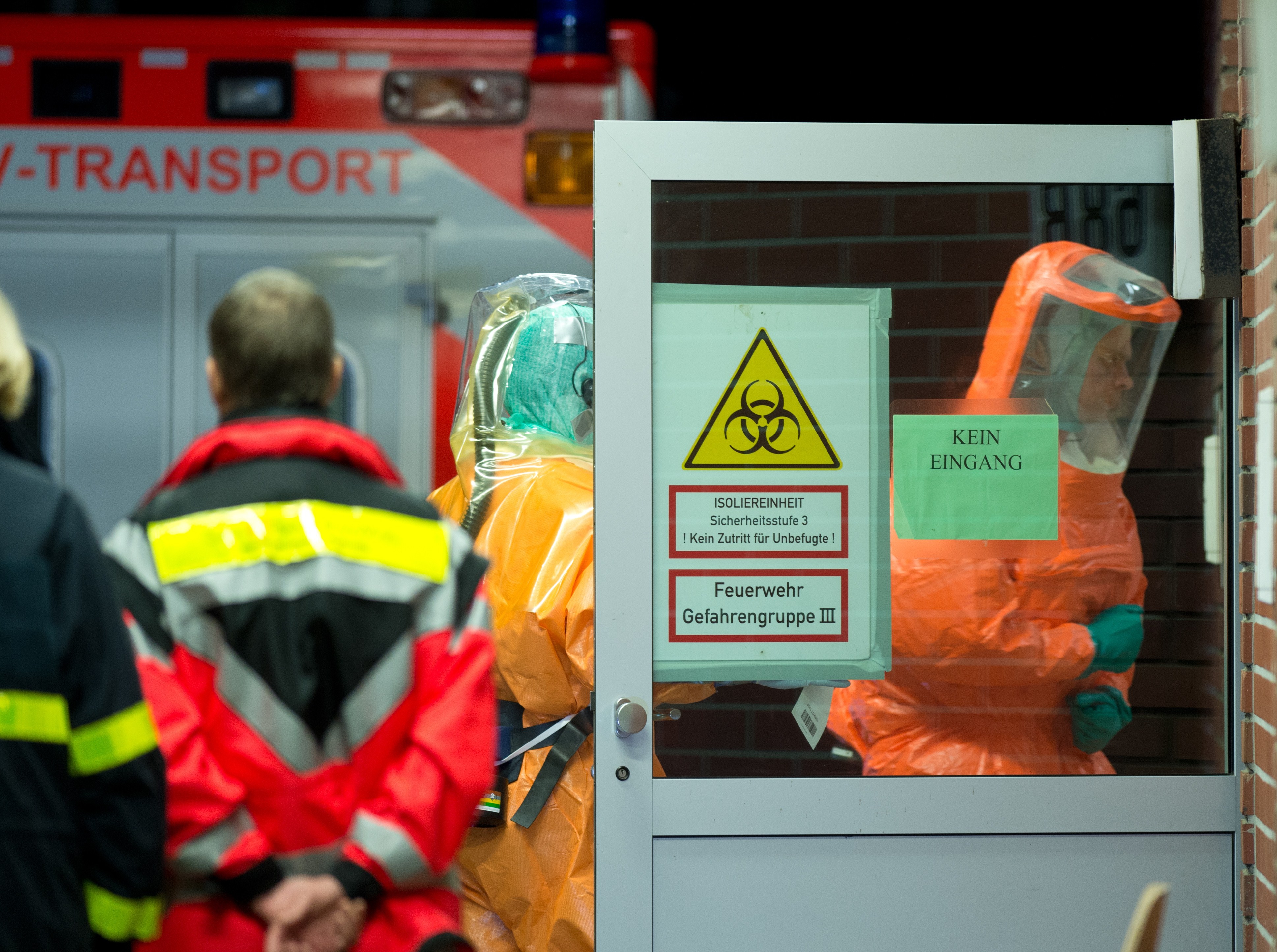 A drug currently in development for heart attack patients may be a promising treatment for Ebola.

A case study, published Thursday in the journal Lancet, provides details of one doctor's successful treatment with the drug known as FX06. The 38-year-old doctor from Uganda contracted Ebola while working in Lakka, Sierra Leone in September.

After he began to develop diarrhea and fever, health officials say he tested positive for the Ebola virus and was flown to Frankfurt University Hospital in Germany for treatment. He was placed in intensive care in a level 4 biocontainment unit five days after he developed acute symptoms. The doctor is still unsure how he became infected.

Within 72 hours of arriving at the hospital, his condition got much worse and he developed hemorrhaging. As his lungs, kidneys and gastrointestinal tract showed signs of failing, the patient was given extensive supportive care, including dialysis and an antibiotic to prevent any subsequent infections, as well as fluid IVs to prevent dehydration, a common side effect of the virus.

Additionally, doctors gave him a 3-day course of FX06, a drug currently in development to treat vascular leakage, or loss of fluid from the blood vessels, to prevent further damage in cardiac patients after a heart attack. FX06 is a naturally-occurring blood clotting protein found in humans.

The drug seals the walls of blood vessels, which are thinned out when the Ebola virus begins to attack the body. The drug has been shown to stop vascular leakage in mice with Dengue hemorrhagic fever, a virus in the same family as Ebola.

After receiving the drug, the patient's condition steadily improved.

"Despite the development of vascular leak syndrome and a consecutive multiorgan failure, we managed to support the patient until the development of a potent, adaptive immune response could effectively control the infection," the authors write in the paper.

Thirty days after he first started showing symptoms, doctors determined he was Ebola free and discharged him from the hospital.

It's still unclear what role FX06 played in his recovery, or whether the quality supportive care he received was the main factor that helped him survive. The paper notes that a second Ebola patient who was also given FX06 did not survive.

The case highlights a main challenge when it comes to assessing the effectiveness of any potential treatment for Ebola. The experimental serum ZMapp, which was given to a number of infected health care workers before supplies ran out, appeared to help most of them recover. However, like the doctor who received FX06, they also had the benefit of being hospitalized at sophisticated medical facilities equipped to handle patients with life-threatening, infectious diseases, so the impact of the serum alone was not clear.

Case studies of a number of patients treated in Europe and the U.S. have shown that providing the right supportive care can mean the difference between life and death for an Ebola patient. Fluid IVs, dialysis, oxygen, anti-diarrheal and anti-vomiting medications all help to keep a patient stable, allowing them to survive long enough to fight off the infection on their own.