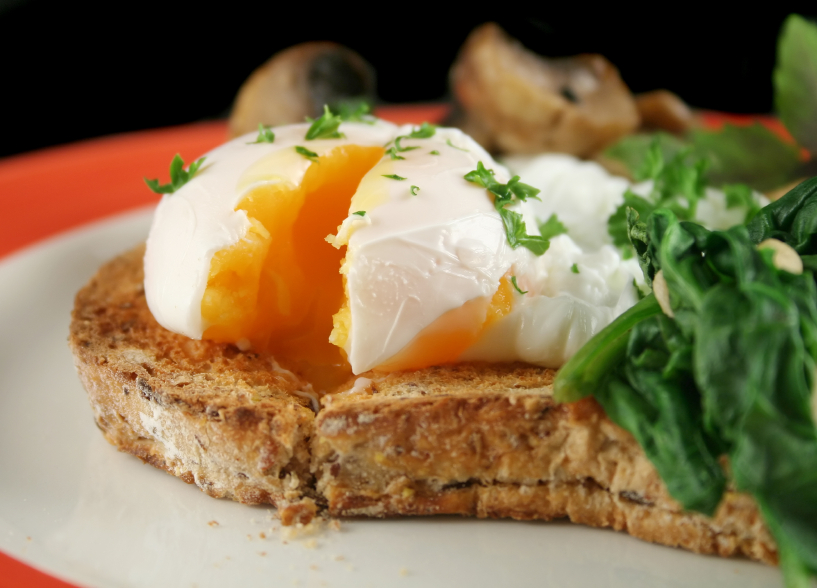 An extra cup or two of coffee may be OK after all. More eggs, too. But you definitely need to drink less sugary soda. And, as always, don't forget your vegetables.

Recommendations Thursday from a government advisory committee call for an environmentally friendly diet lower in red and processed meats. But the panel would reverse previous guidance on limiting dietary cholesterol. And it says the caffeine in a few cups of coffee could actually be good for you.

The committee, which is made up of doctors and nutritionists, also is backing off stricter limits on salt, though it says Americans still get much too much. It's recommending the first real limits on added sugar, saying that's especially a problem for young people.

The Agriculture and Health and Human Services Departments will take those recommendations into account in writing final 2015 dietary guidelines by the end of the year. The guidelines affect nutritional patterns throughout the country -- from federally subsidized school lunches to food package labels to your doctor's advice.

Even with the changes, the report sticks to the basic message of the previous guidelines in 2010: Eat more fruits and vegetables and whole grains; eat less saturated fats, salt and sugar.

The report says dietary cholesterol now is "not considered a nutrient of concern for overconsumption." This follows increasing medical research showing the amount of cholesterol in your bloodstream is more complicated than once thought.

The committee says available evidence "shows no appreciable relationship" between heart disease and how much dietary cholesterol you eat, but it still recommends eating less saturated fat. As in previous years, the report advises limiting saturated fats to 10 percent of total calories.

LaPook added, "There's never a free lunch or dinner. Because it turns out the foods that are high in cholesterol are also high in other bad things like saturated fats, trans fats, refined sugars, things like that."

The panel doesn't give a specific recommendation for how much cholesterol -- or how many eggs -- a person may eat.

Added sugars should be no more than about 200 calories a day -- about the amount in one 16-ounce sugary drink, says the advisory committee.

The recommendation is part of a larger push in recent years to help consumers isolate added sugars from naturally occurring ones like those in fruit and milk. Added sugars generally add empty calories to the diet.

Americans now get about 13 percent of their calories from added sugar, or 268 calories a day, the committee says. Older children, adolescents and young adults generally take in more. The 10 percent recommended by the committee is "a target within reach," says Miriam Nelson, a Tufts University professor of nutrition who served on the panel.

Sugary drinks should be replaced with water instead of those with low-calorie sweeteners; there's not enough evidence those drinks can help with weight loss, the committee advises.

A SOFTER APPROACH ON SALT

Sodium adds up quickly. A turkey sandwich and a cup of soup can average about 2,200 milligrams.

That's just under the committee's recommendation of 2,300 milligrams a day for all people, even those most at risk for heart disease.

The 2010 dietary guidelines had recommended those at risk for heart disease limit sodium to 1,500 milligrams. The new report said lowering to that amount can still be helpful for some. The new advice follows a 2013 report by the Institute of Medicine that said there is no good evidence that eating less than 2,300 milligrams a day of sodium offers benefits.

With the average American eating more than 3,400 milligrams daily, the panel recommends at least trying to reduce sodium intake by 1,000 milligrams a day if the new goals are unattainable.

Alice Lichtenstein, a member of the panel and a professor at Tufts University, said the new recommendation "puts the focus where it should be." Get sodium intake down, and fine-tune the numbers as more evidence comes in.

A HEARTY ENDORSEMENT FOR COFFEE

The report looks at caffeine for the first time, and says coffee is OK -- even good for you. The panel says there is strong evidence that 3 to 5 cups a day can be part of a healthy diet, and there's consistent evidence that it's even associated with reduced risk of type 2 diabetes and heart disease.

The advice comes with some caveats -- don't add calories with cream, milk and added sugar. The report also advises against large-size energy drinks that are popular in the marketplace, and it recommends pregnant women limit caffeine to two cups of coffee a day.

The panel recommends eating more vegetables, fruits, whole grains, legumes, nuts and seeds. A plant-based diet is "more health promoting and is associated with less environmental impact" than the current U.S. diet, which is high in meat.

The report stops short of telling people not to eat meat, saying "no food groups need to be eliminated completely to improve sustainability outcomes."

Overall, the panel advises a diet lower in red and processed meat, and in a footnote says lean meats can be part of a healthy diet. The North American Meat Institute criticized the report, saying the health benefits of lean meat should be "a headline, not a footnote."