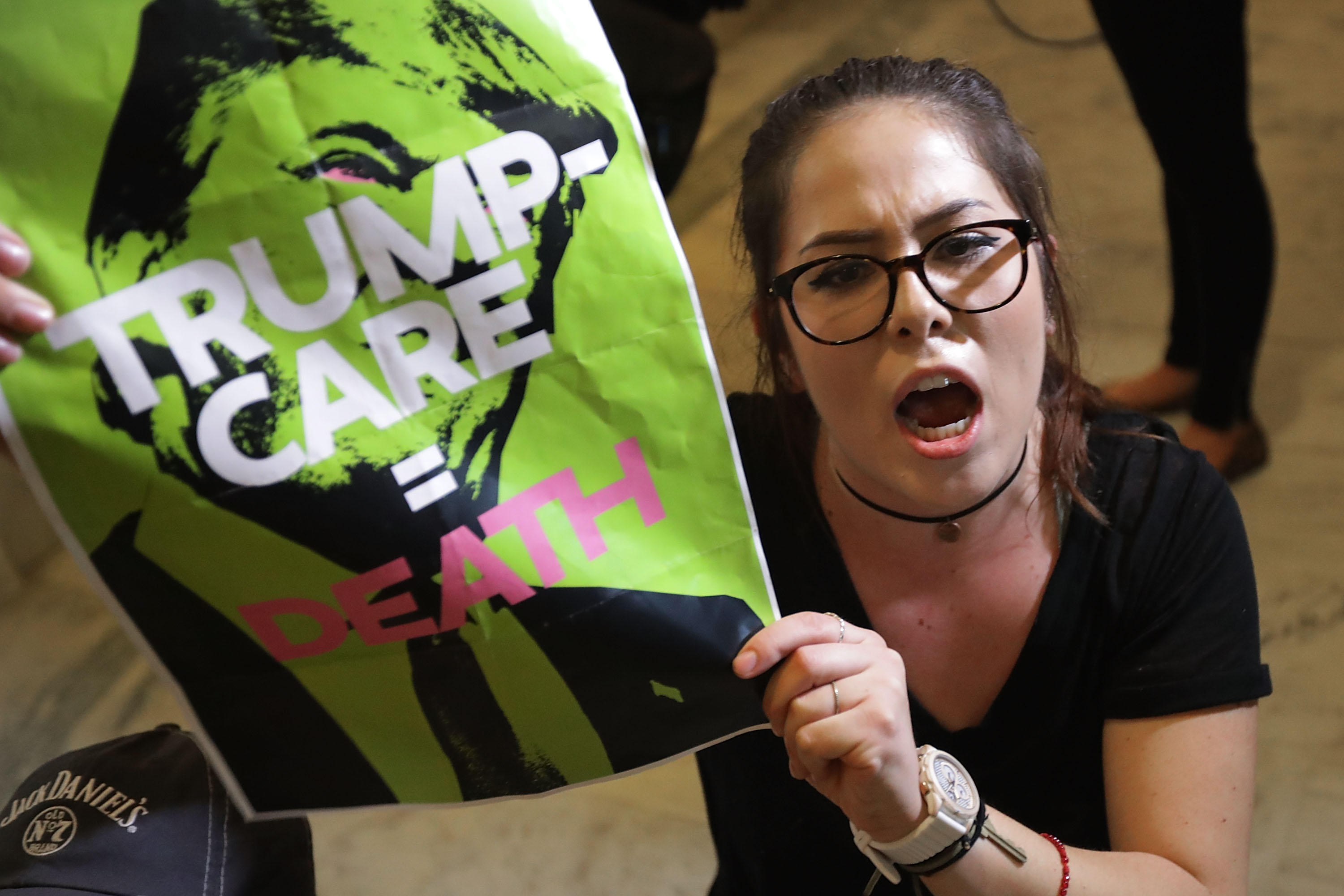 Several Republican Senators faced constituents angry over the Senate GOP health care bill during the July 4 congressional recess in their home states. On Monday, they were met with similar sentiments on Capitol Hill, where protesters swarmed their offices.

Elsewhere on the Hill, more protesters echoed the chant, stating in unison "your health care bill will kill me!" by the office of Sen. Richard Burr, R-North Carolina.

Capitol Police arrested a total of 80 protesters scattered throughout both the House and the Senate office buildings, according to a statement from their office.

Ten Senate Republicans have come out against the current iteration of the GOP health care bill, and following the recess, many more are hesitant about it.

"I think there's still a path," said Sen. Pat Toomey, R-Pennsylvania. "It's very, very difficult when you can only lose two votes, and there may already be two that are irretrievable. We're in a tight spot, but we've got to give this every effort."

One of these votes may belong to Sen. Susan Collins, R-Maine, who said her constituents "were opposed overwhelmingly to both the Senate and the House versions of the health care bills."

"We should be working with our Democratic colleagues," Collins told CBS News. "President Obama made a big mistake when he pushed through the Affordable Care Act without a single Republican vote. I don't want to see us make the same mistake."

Republican leadership hopes to reveal a revised version of the bill by the end of the week and bring it to a vote on the Senate floor by next week.

"We're just trying to get a good picture of what the alternatives are and hopefully next week we will be prepared to take the bill up and vote on it," said Senate Majority Whip John Cornyn, R-Texas.

In terms of getting the 51 votes necessary to pass the bill, Cornyn said that "it's going to be a test" for the Senate, but that he's "hopeful and optimistic we'll pass the test."