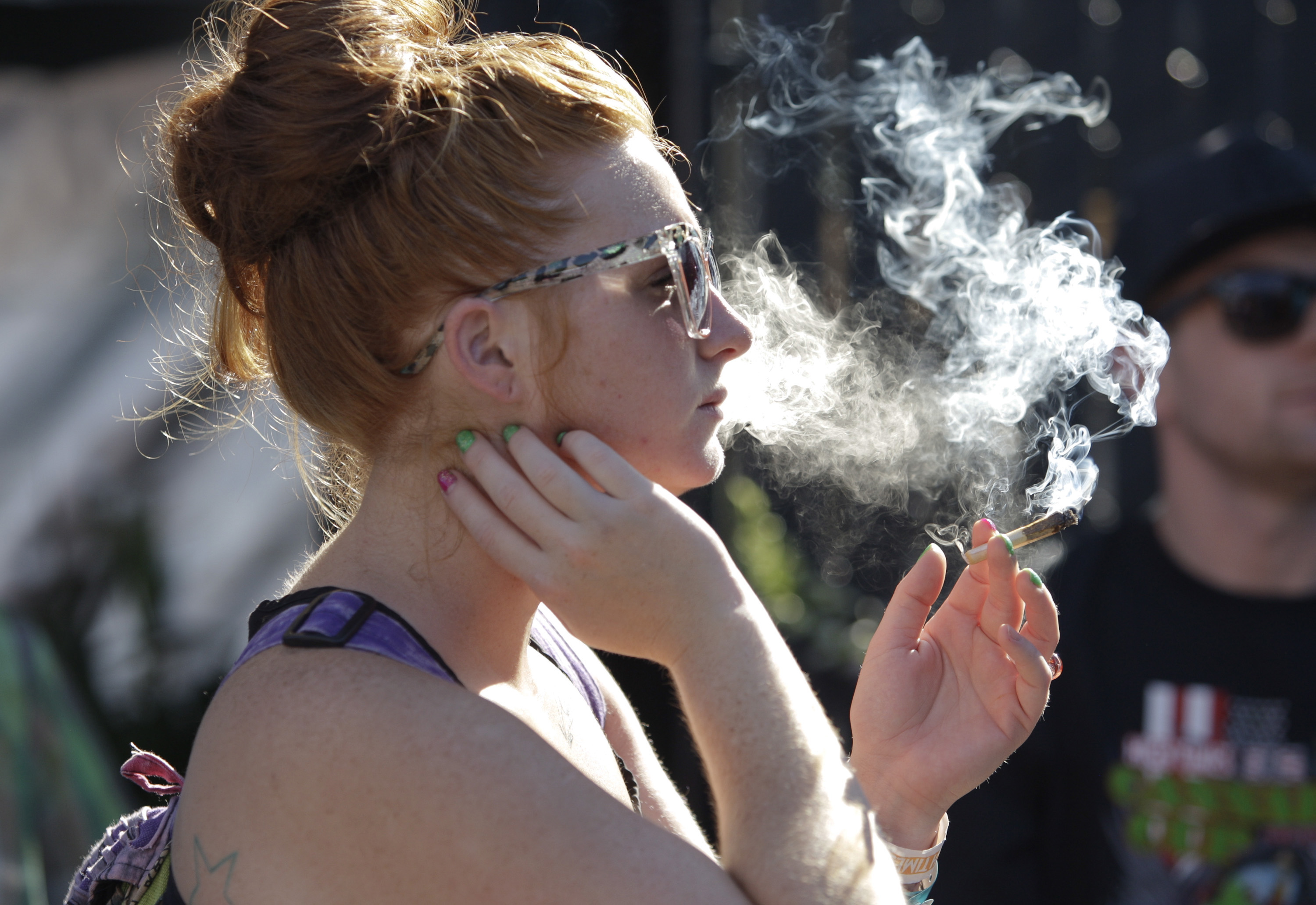 That whiff of pot that drifts your way at a rock concert or outdoor event could damage your heart and blood vessels as much as secondhand cigarette smoke does, preliminary research suggests.

Blood vessel function in laboratory rats dropped by 70 percent after a half-hour of exposure to secondhand marijuana smoke -- similar to results found with secondhand tobacco smoke, researchers from the University of California, San Francisco reported Sunday.

Reduced blood vessel function can increase a person's risk of developing hardened arteries, which could lead to a heart attack.

"Smoke is smoke. Both tobacco and marijuana smoke impair blood vessel function similarly," said study senior author Matthew Springer, a cardiovascular researcher and associate professor of medicine in the university's cardiology division. "People should avoid both, and governments who are protecting people against secondhand smoke exposure should include marijuana in those rules."

The safety of marijuana has become a growing public health concern as more states move toward legalization of the drug. Twenty-three states and Washington, D.C., have approved cannabis for medical use. And voters in four states -- Alaska, Colorado, Oregon and Washington, along with the District of Columbia -- have legalized the sale and possession of marijuana for recreational use.

"Marijuana for a long time was viewed as a relatively innocuous drug, but a lot of that came from a lack of information," said Dr. Stephen Thornton, a toxicologist and medical director of the Poison Control Center at the University of Kansas Hospital. "Now, as more and more people are using it, we're finding more and more detrimental effects. People just need to be cautious."

Secondhand tobacco smoke causes an estimated 34,000 premature deaths from heart disease each year in the United States among nonsmokers, according to the U.S. Surgeon General's 2014 report on the consequences of smoking.

Even advocates for marijuana's legalization acknowledge that secondhand marijuana smoke can be detrimental to health.

"The amount of second-hand smoke used in this experiment is probably well beyond what most people would endure in a casual setting. But repeated exposures are likely to take a toll," said Mitch Earleywine, a psychology professor at the State University of New York at Albany and chairman of NORML, a non-profit that works for the legalization of marijuana.

Springer, who was scheduled to present his findings Sunday in Chicago at the American Heart Association's annual meeting, said he came up with the idea for his study at a Paul McCartney concert.

"We were already studying the effect of secondhand tobacco smoke on vascular function, and in the middle of the concert, a bunch of people started lighting up," Springer said. "My first instinct was to say they can't do that here. But then I realized it was marijuana.

"I think if people started lighting cigarettes in the middle of a stadium, people would tell them to stop. But because they were smoking marijuana, it was OK," he continued.

The rats suffered the same effects even if the marijuana contained no THC, the compound that causes intoxication, a finding consistent with tobacco studies that found nicotine is not required for cigarette smoke to interfere with blood vessel function.

"Tobacco smoke and marijuana smoke both contain thousands of chemicals, many of which are toxic," Springer said. Burning tobacco produces more than 7,000 chemicals, including hundreds that are toxic and 70 that are linked to cancer, according to the U.S. Centers for Disease Control and Prevention.

Springer recommended that governments that have made some indoor or outdoor areas smoke-free go back to see if the laws specifically cite tobacco use, or if they would apply to marijuana smoke as well. "Some of these laws might be written very narrowly," he said.

Because the study findings were presented at a medical meeting they should be viewed as preliminary until published in a peer-reviewed journal.