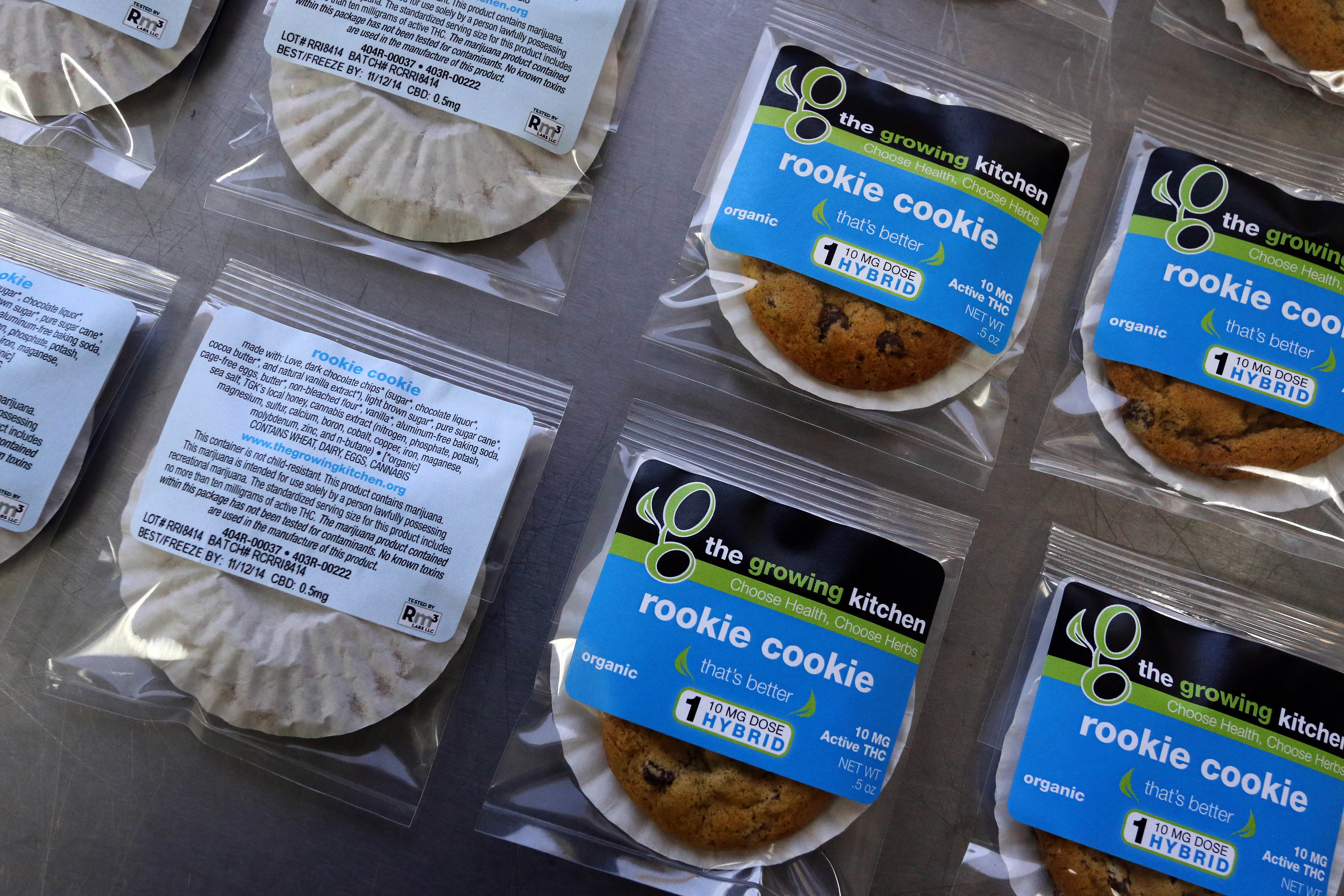 DENVER -- Colorado health officials want to ban many edible forms of marijuana, including brownies, cookies and most candies, limiting legal sales of pot-infused food to lozenges and some liquids.

The Colorado Department of Public Health and Environment told marijuana regulators that many forms of edible marijuana "are naturally attractive to children" and violate the law's "requirement to prevent the marketing of marijuana products to children."

The recommendation was obtained by The Associated Press in advance of a third and possibly final workgroup meeting Monday to draw up rules for identifiable markers or colors for edible marijuana products so they won't be confused with regular foods.

The health department's recommendation, sent to the regulators Oct. 14, would effectively take most forms of edible marijuana off store shelves. The final decision will be made by the Department of Revenue's Marijuana Enforcement Division, which oversees retail marijuana sales.

Lawmakers have ordered state pot regulators to require pot-infused food and drink to have a distinct look when they are out of the packaging. The order came after concerns about the proliferation of pot-infused treats that many worry could be accidentally eaten by children.

Statewide numbers are not available, but one hospital in the Denver area has reported nine cases of children being admitted after accidentally eating pot. It is not clear whether those kids ate commercially packaged pot products or homemade items such as marijuana brownies. The Health Department's recommendation would apply only to products sold commercially, including a form of liquid pot called a tincture that can be added to foods.

The Health Department's recommendation is one of several made to marijuana regulators. The advocacy group Smart Colorado wants to see a requirement that edible versions of marijuana be colored, marked or stamped to indicate they contain the drug.

The marijuana industry opposes a ban on most pot products. A spokesman for Dixie Elixirs, which makes marijuana-infused sodas and mints, said Monday that the rules go too far and may not be able to keep pot-infused foods out of children's hands.

"Labeling and packaging are the best and only way to deal with accidental ingestion," said Joe Hodas, Dixie's chief marketing officer. He said the rules would help drive the black market.

A Health Department spokesman did not immediately comment on the agency's proposal, which comes as authorities warn parents about lookalike pot-infused candies at Halloween.

Denver police released a video earlier this month about the danger of possible mix-ups.

"Some marijuana edibles can be literally identical to their name-brand counterparts," department warned in a statement, urging parents to toss candies they don't recognize.

Marijuana-legalization activists want to tamp down stories about pot users who got sick after eating potent medical-grade cannabis, an experience so common it seems everyone in Denver knows someone who endured it.

Most serious was the March death of a college student who had never tried pot before visiting Denver for spring break. The man ate a single cookie that contained 65 milligrams of THC, then jumped to his death from a hotel balcony after his friends said he started acting erratically.

And New York Times columnist Maureen Dowd famously wrote in June of trying a marijuana-infused candy bar, after which she "lay curled up in a hallucinatory state for the next eight hours."

Colorado dispensaries have launched a "First Time 5" campaign of posters to encourage new users to take a 5 milligram half-dose of marijuana to make sure they don't overdo it. A marijuana advocacy group has taken out billboards and magazine ads with the tagline "Start Low, Go Slow."

"There are times when some people may use too much of an edible during their first experience," Steve Fox with the Council for Responsible Cannabis Regulation told CBS Denver.