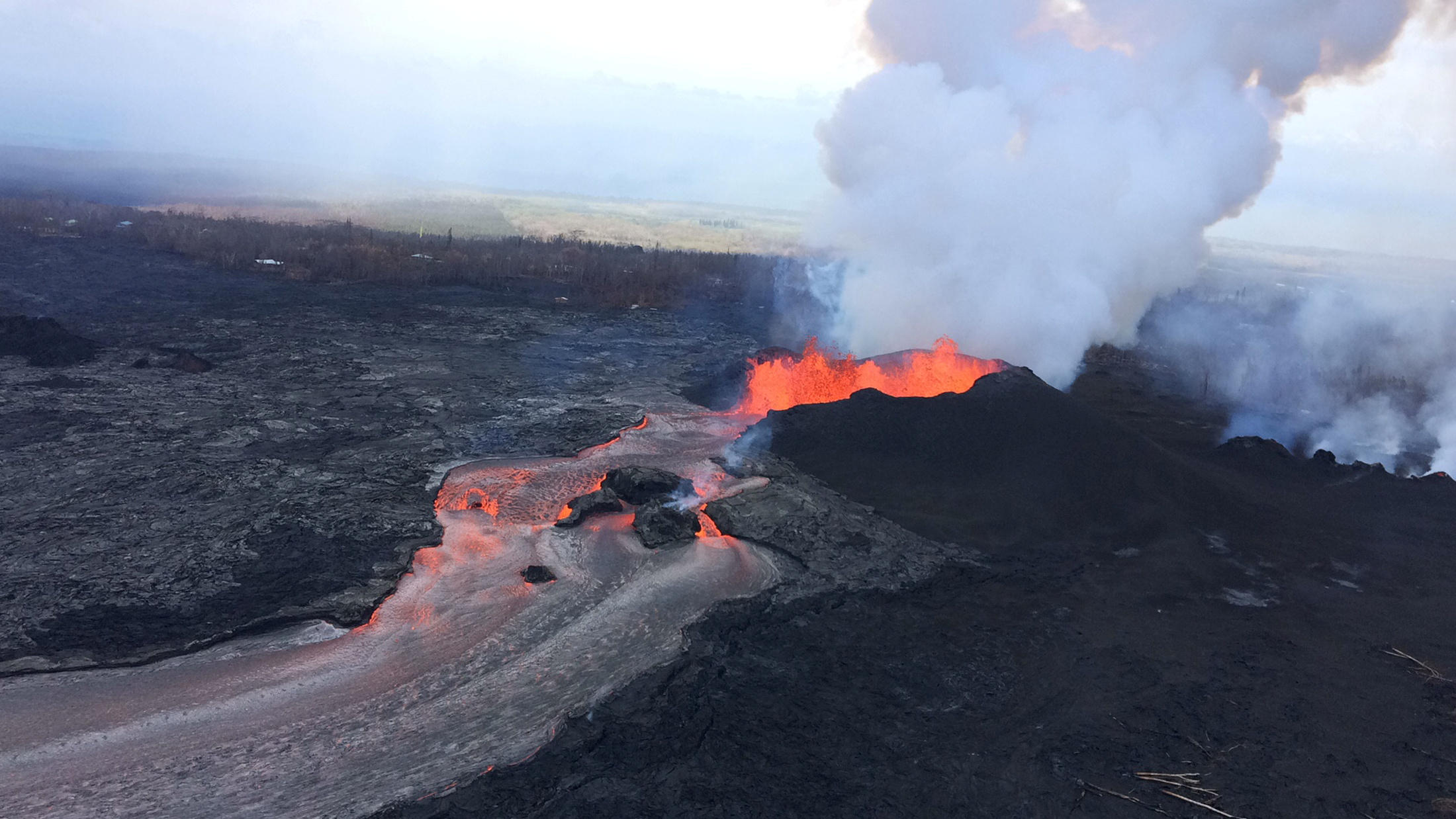 HONOLULU -- The ongoing eruption of the Kilauea volcano in Hawaii is not causing crystals to rain from the sky despite reports of residents finding little green gems in the area.

"Hawaii's Kilauea Volcano Is Literally Raining Gemstones Now, And We Want Some," said a headline on sciencealert.com, with reports on the phenomena also picked up by newspapers and magazines. They all featured photos of small stones said to be olivine, which were tweeted by a woman who identified herself as a meteorologist in Arizona.

The woman, Erin Jordan, told The Associated Press in a Twitter message her friends who found the stones live in Kalapana, Hawaii. The Big Island community is about 12 miles from the neighborhoods where a series of lava fissures have opened up in the ground since early May.

While olivine is a common mineral in Hawaiian lava, and it is embedded inside the lava that has been bursting out of fissures near the Kilauea volcano, sizeable rocks of actual olivine "gems" are not showering down, scientists say. Photos posted of olivine on social media are "definitely not what we're seeing in the lava," Cheryl Gansecki, a geologist at the University of Hawaii's Hilo campus on the Big Island, told reporters last week during a U.S. Geological Survey briefing. They could be from much older lava flows, she said.

"There's not olivine raining from the sky, except in clumps of lava," Gansecki said. "I think this is pretty much a nonstory, unfortunately."

"What we're seeing are tiny and they do no separate from the lava themselves," she said. "You'd have to crush the lava to get them out and find them."

Michael Garcia, a professor of geology at the University of Hawaii's Manoa campus in Honolulu, has a student who is extracting olivine from a 1985 eruption. The olivine extracted from lightly crushing pumice-like material in unpolished form is gray, not shiny and green, which it becomes after being weathered over time, Garcia said.

Olivine is the reason the Big Island has a green sandy beach, he said.

In gemstone form, a variety of olivine is known as peridot. But most of the Hawaii olivine is not typically gemstone quality, Garcia said: "Too small and broken."

Since Kilauea first started erupting weeks ago, many people have had to evacuate and hundreds of homes have been destroyed. CBS Honolulu affiliate KMGB reports another continuous threat is the toxic sulfur dioxide coming from fissures.

"It went from green jungle, can't see anything but me in our little area, to all of a sudden there's neighbors everywhere," said Ramona Taylor. "It's brown and trees look like a hurricane had hit -- just brown leaves everywhere."