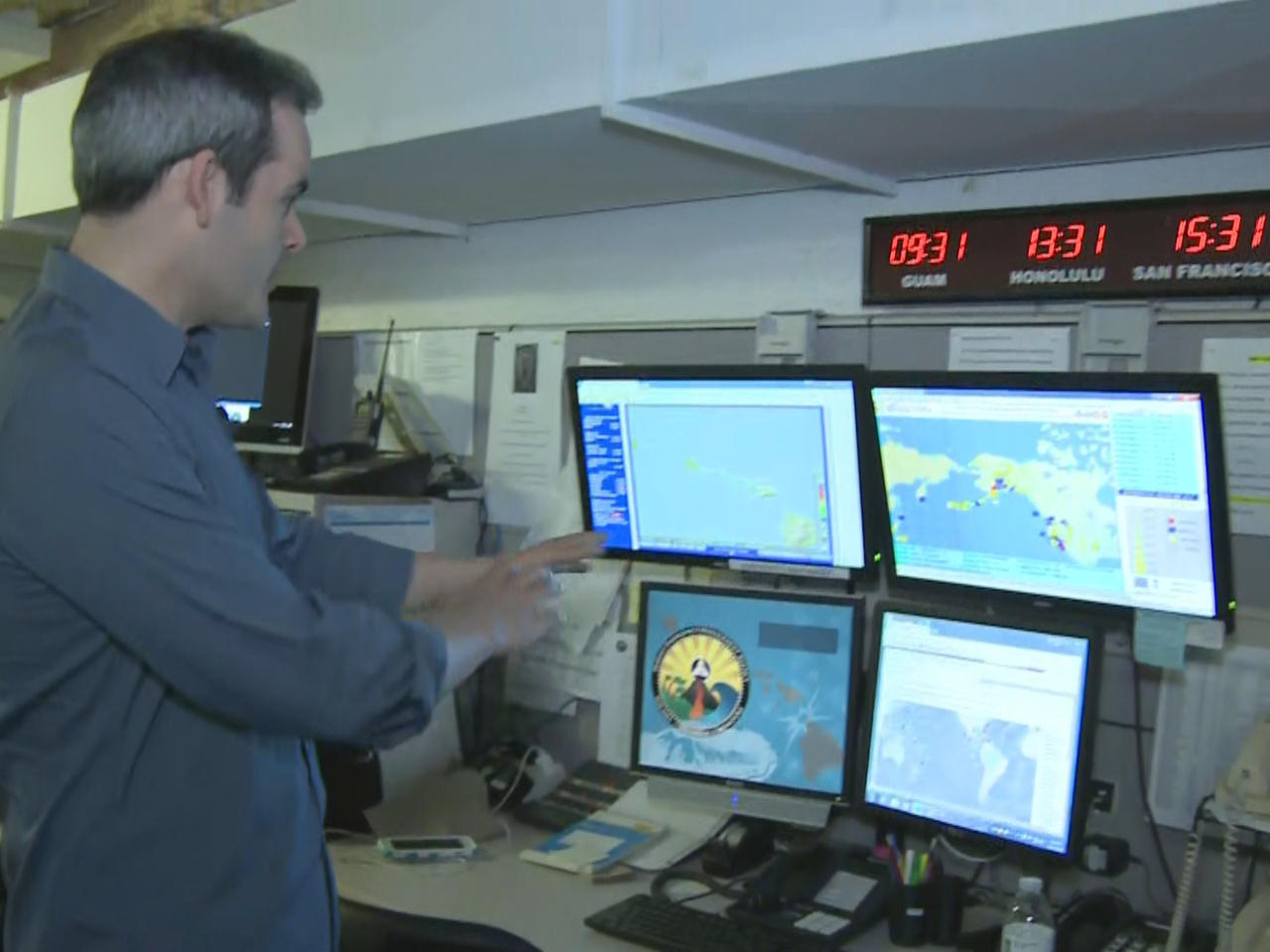 HONOLULU -- A former Hawaii state worker who sent a false missile alert last month said Friday that he's devastated for causing panic but was "100 percent sure" at the time that the attack was real. He says the on-duty call he received on Jan. 13 didn't sound like a drill, although state officials say other workers clearly heard the word "exercise" repeated several times.

"I don't think they're prepared for missile notifications," he said, CBS affiliate KGMB reports. "I think the military should handle that, but the point is — no, we weren't ready and we could have been trained more. It's just a big failure of the system."

The man in his 50s spoke to reporters on the condition that he not be identified because he fears for his safety after receiving threats.

The state's internal report on the false missile alert, released Tuesday, said that drill started as previous ones had: A recorded Pacific Command message was played over a loudspeaker at the Hawaii Emergency Management Agency that began "exercise, exercise, exercise," then warned of an incoming ballistic missile and said, "This is not a drill."

In its own report, the FCC said the employee who sent out the false alert heard "This is not a drill," but didn't hear "exercise."

"I was convinced that it was real," the ex-worker said. He called that the emergency management agency's "state warning point"  "chaotic" in the seconds after the drill started — minutes after a shift change. "I was 100 percent sure that it was real."

The ex-worker said it felt like he had been hit with a "body blow" when he realized it was just a drill and he has had difficulty eating and sleeping since.

The Hawaii Emergency Management Agency fired him. He described his life as "utter hell" since sending the alert, according to KGMB.

The man's superiors said they knew for years that he had problems performing his job. The worker had mistakenly believed drills for tsunami and fire warnings were actual events, and colleagues were not comfortable working with him, the state said.

His supervisors counseled him but kept him for a decade in a position that had to be renewed each year.

The ex-worker disputed that, saying he wasn't aware of any performance problems.

While working at the state warning site in a former bunker in Honolulu's Diamond Head crater on Jan. 13, the man said, he took a call that sounded like a real warning from U.S Pacific Command. He said he didn't hear that it was a drill.

But the problems at the agency went beyond the one employee.

Federal and state reports say the agency had a vague checklist for missile alerts, allowing workers to interpret the steps they should follow differently. Managers didn't require a second person to sign off on alerts before they were sent, and the agency lacked any preparation on how to correct a false warning.

Those details emerged Tuesday in reports on investigations about how the agency mistakenly blasted cellphones and broadcast stations with the missile warning.

It took nearly 40 minutes for the agency to figure out a way to retract the false alert on the same platforms it was sent to.

"The protocols were not in place. It was a sense of urgency to put it in place as soon as possible. But those protocols were not developed to the point they should have," retired Brig. Gen. Bruce Oliveira, who wrote the report on Hawaii's internal investigation, said at a news conference.

Hawaii Emergency Management Agency Administrator Vern Miyagi resigned as the reports were released. Officials revealed that the employee who sent the alert was fired Jan. 26. The state did not name him.

The agency's executive officer, Toby Clairmont, said Wednesday that he stepped down because it was clear action would be taken against agency leaders after the alert.

Another employee was being suspended without pay, officials said.