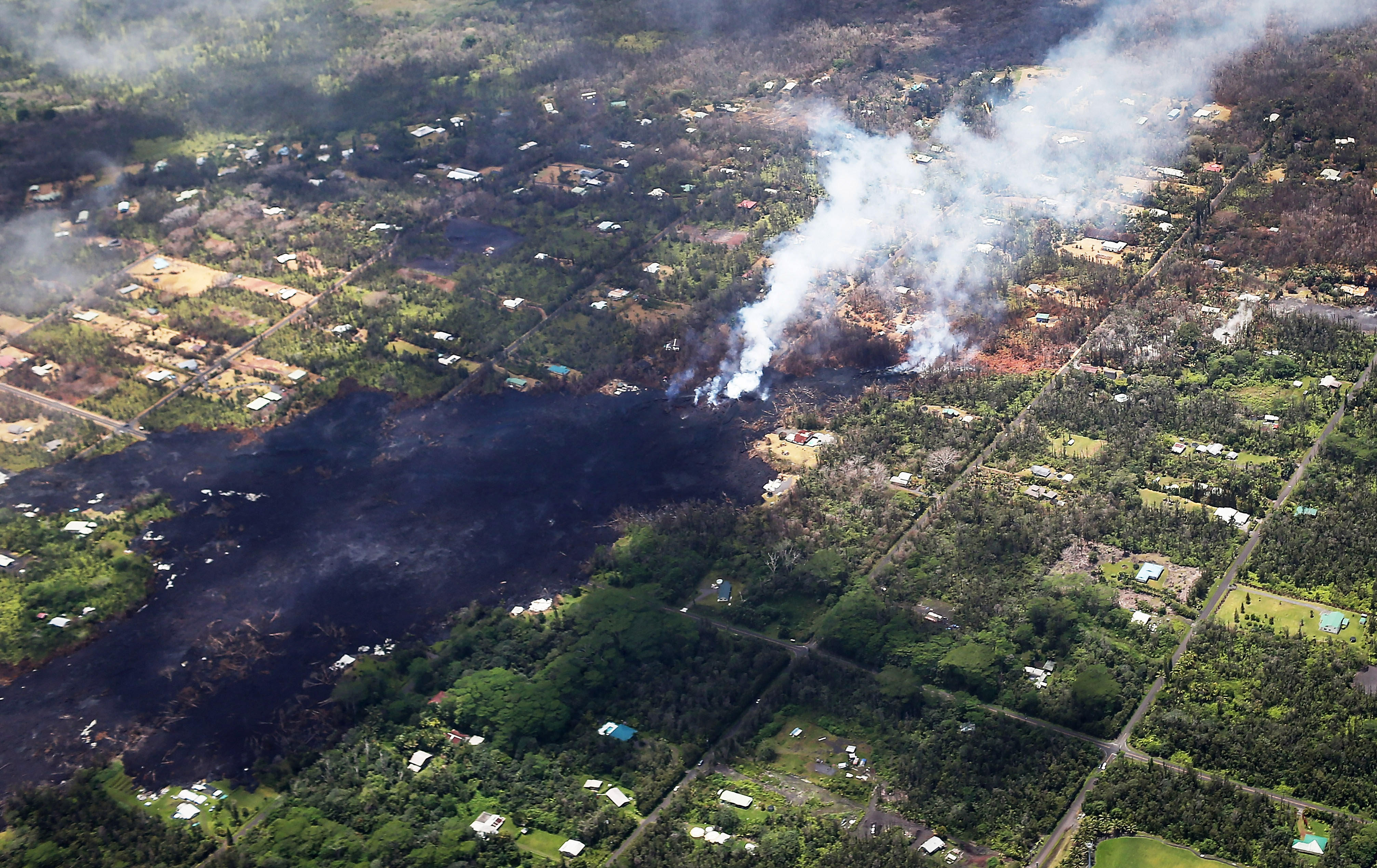 PAHOA, Hawaii -- New lava fissures, ground deformation and abundant volcanic gases indicate eruptions on the eastern flank of Hawaii's Kilauea volcano are likely to continue. Authorities said three new fissures opened Saturday and early Sunday, ramping up the amount of lava outbreaks in and around Leilani Estates to more than a dozen.

Officials had said an 18th fissure opened up, but because no lava was seen spewing from it, they are documenting 17 total active fissures so far on Hawaii's Big Island.

Hawaii County Civil Defense officials urged residents of Halekamahina Loop Road to evacuate as well as two nearby community centers that were serving as shelters for people and pets. It was there that officials found the new fissure along the road. They numbered fissure 18, but later renamed it No. 17.

Popping, exploding and sloshing sounds could be heard from the fissure as far as 1,500 yards away. Observatory scientist Steve Brantley says this most recent fissure measures 1,000 feet but is not acting vigorously. There is some intermittent spatter but no substantial lava flow.

The U.S. Geological Survey reports that the 17th fissure, which opened Saturday night, was spattering but no lava flow had yet formed. The 16th fissure opened and spilled lava into an open field earlier in the day.

The Hawaiian Volcano Observatory reported the fissures opened just east of the Puna Geothermal Venture energy conversion plant, where steam and hot liquid are brought up through underground wells and the steam feeds a turbine generator to produce electricity. Plant workers last week as a precaution removed 50,000 gallons of a flammable gas (pentane) stored at the site.

Geologists warn that Kilauea's summit could have an explosive steam eruption that would hurl rocks and ash miles into the sky.

The fissures have allowed molten rock to burst through the ground, destroying more than two dozen homes and structures and resulting in evacuation orders for almost 2,000 people.