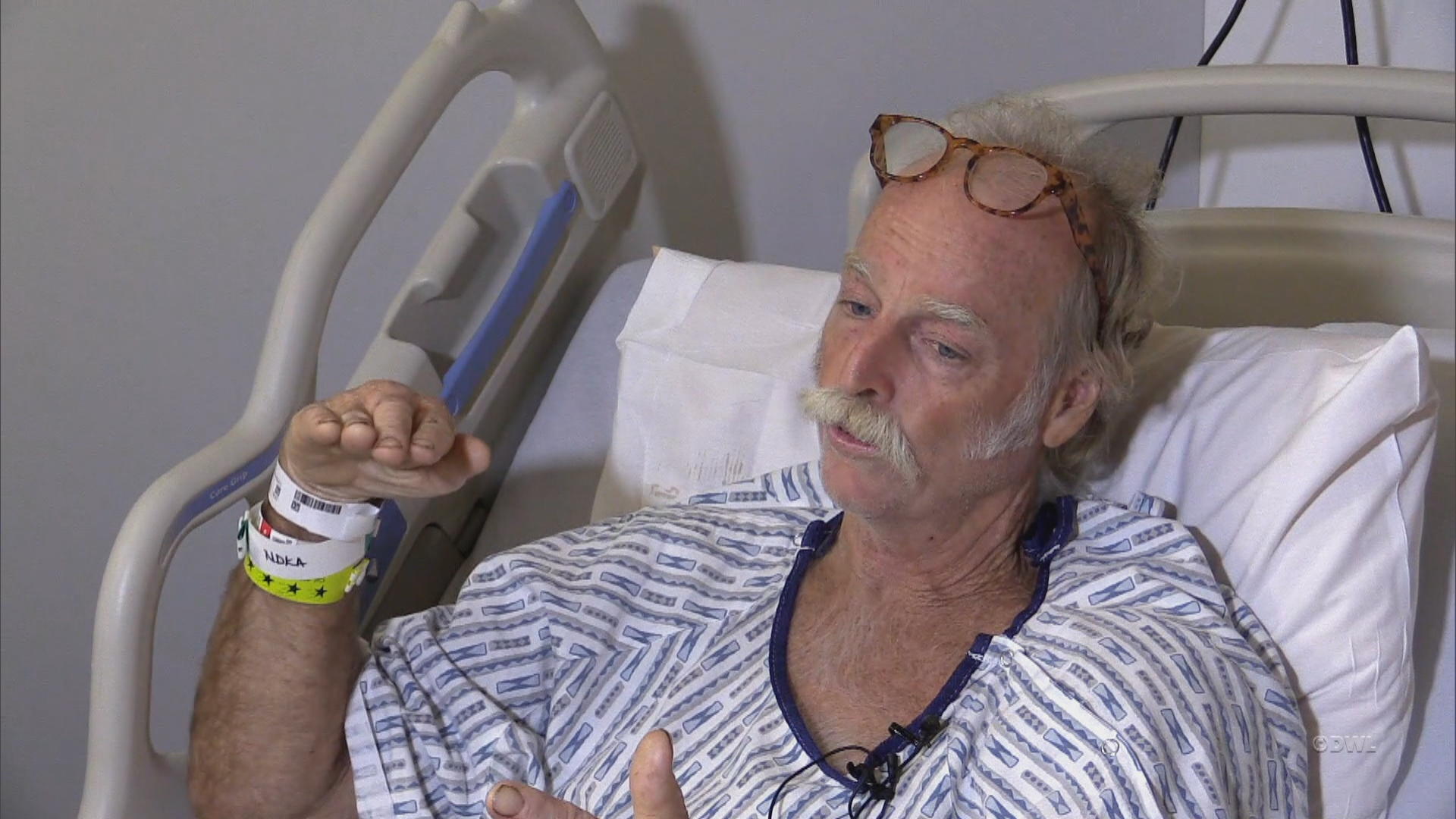 Hawaii's Kilauea volcano could trigger mass evacuations as lava approaches a key power plant on the Big Island. Emergency officials are worried it could trigger the release of deadly hydrogen sulphate gas.

Lava has destroyed nearly 50 buildings, including one near the plant, since the eruption began about three weeks ago. Scientists say toxic sulphur dioxide emissions have more than doubled since the eruptions began. Meanwhile, lava continues to flow into the Pacific, mixing with the ocean water and creating its own toxic gas, reports CBS News correspondent Mark Strassmann.

Still the only injury in this crisis so far happened on land. Darryl Clinton's lower leg was shattered on Mother's Day, hit on the shin by a lava bomb hurled 200 yards from fissure 17.

"It was super painful," Clinton said from his hospital bed. He had ignored orders to evacuate his home in Leilani Estates.

"Instead of straight up, it shot it in a horizontal direction. Right between the roof and the hand rail of the lanai," Clinton described. "Snapped my leg in half to where my ankle and foot and my leg were a hinge."

Of the 22 identified fissures, No. 22 remains the most dynamic and worrisome. A rogue lava flow has crept onto the neighboring property toward the 11 wells of the Puna Geothermal Venture power plant. Officials say they've doused 10 pressurized wells with cold water, a process called "quenching," and the 11th has been stabilized. They insist for now the public is safe.

"The largest volume of lava is flowing away from the plant," Hawaii Gov. David Ige said. "It's the residual portions that are overflowing toward the PGV site."

Of the 22 fissures, six are now active.

"I think the biggest worry for us is… the current fissure activity could actually become a little bit larger," USGS Scientist Steve Brantley told Strassmann.

Most of this lava is flowing toward the Pacific and away from worry spots like more populated areas and that geothermal plant. But geologists warn this eruption has weeks to go with significant unpredictability.