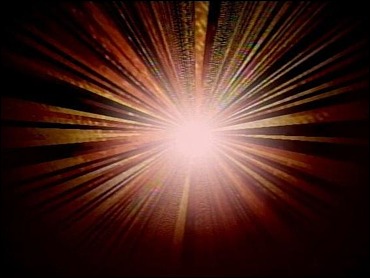 A team of Australian scientists has proposed that the speed of light may not be a constant, a revolutionary idea that could unseat one of the most cherished laws of modern physics -- Einstein's theory of relativity.

The team, led by theoretical physicist Paul Davies of Sydney's Macquarie University, say it is possible that the speed of light has slowed over billions of years.

If so, physicists will have to rethink many of their basic ideas about the laws of the universe.

"That means giving up the theory of relativity and E=mc squared and all that sort of stuff," Davies told Reuters.

"But of course it doesn't mean we just throw the books in the bin, because it's in the nature of scientific revolution that the old theories become incorporated in the new ones."

Davies, and astrophysicists Tamara Davis and Charles Lineweaver from the University of New South Wales published the proposal in the Aug. 8 edition of scientific journal Nature.

The suggestion that the speed of light can change is based on data collected by UNSW astronomer John Webb, who posed a conundrum when he found that light from a distant quasar, a star-like object, had absorbed the wrong type of photons from interstellar clouds on its 12 billion year journey to earth.

The discrepancy could only be explained if either the electron charge, or the speed of light, had changed.

"But two of the cherished laws of the universe are the law that electron charge shall not change and that the speed of light shall not change, so whichever way you look at it we're in trouble," Davies said.

To establish which of the two constants might not be that constant after all, Davies' team resorted to the study of black holes, mysterious astronomical bodies that suck in stars and other galactic features.

They also applied another dogma of physics, the second law of of thermodynamics, which Davies summarises as "you can't get something for nothing."

After considering that a change in the electron charge over time would violate the sacrosanct second law of thermodynamics, they concluded that the only option was to challenge the constancy of the speed of light.

More study of quasar light is needed in order to validate Webb's observations, and to back up the proposal that light speed may vary, a theory Davies stresses represents only the first chink in the armour of the theory of relativity.

In the meantime, the implications are as unclear as the unexplored depths of the universe themselves.

"When one of the cornerstones of physics collapses, it's not obvious what you hang onto and what you discard," Davies said.

"If what we're seeing is the beginnings of a paradigm shift in physics like what happened 100 years ago with the theory of relativity and quantum theory, it is very hard to know what sort of reasoning to bring to bear."

It could be that the possible change in light speed will only matter in the study of the large scale structure of the universe, its origins and evolution.

For example, varying light speed could explain why two distant and causally unconnected parts of the universe can be so similar even if, according to conventional thought, there has not been enough time for light or other forces to pass between them.

Or there may be startling implications that could change not only the way cosmologists view the universe but also its potential for human exploitation.

"For example there's a cherished law that says nothing can go faster than light and that follows from the theory of relativity," Davies said. The accepted speed of light is 300,000 km (186,300 miles) per second.

"Maybe it's possible to get around that restriction, in which case it would enthrall Star Trek fans because at the moment even at the speed of light it would take 100,000 years to cross the galaxy. It's a bit of a bore really and if the speed of light limit could go, then who knows? All bets are off," Davies said.