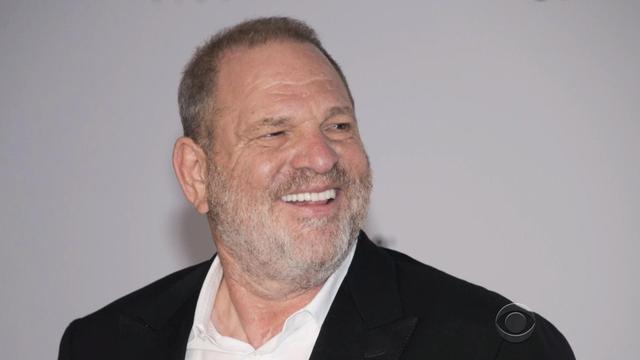 A lawyer for an Italian actress who says Harvey Weinstein raped her in 2013 met with reporters in Los Angeles on Friday.

"This victim described to the LAPD an extremely serious sexual assault and a rape," the lawyer said.

While more than 50 women now say Weinstein sexually harassed them, the actress is the sixth person to accuse him of rape or sexual assault.

Two weeks after the scandal broke, each day brings fresh condemnation. The Television Academy's board of governors voted Thursday night to start disciplinary proceedings that could lead to his expulsion.

"I think we are at a watershed moment," Tom Hanks told the BBC News. "I think his last name will become a noun and a verb, become an identifying moniker for a state of being, which there is a before and after."

Director and longtime Weinstein collaborator Quentin Tarantino is expressing his own shame for not speaking out.

"I knew enough to do more than I did," he said in an interview with New York Times reporter Jodi Kantor.

"Tarantino said to me specifically on the phone two days ago, 'Should I have done more? I knew these stories first hand. One of them happened to my own girlfriend [Mira Sorvino]. I minimzed it,  I brushed it aside," Kantor said.

Oscar winner Lupita Nyong'o, also writing in the Times, described what happened when she refused Weinstein's advances in 2011, dangling an acting role in front of a young actress looking for her big break.

Nyong'o wrote, "I just want to know that we are good." To which he responded, "I don't know about your career, but you'll be fine."

A spokesperson for Weinstein says the producer has a different recollection of the events with Nyong'o, adding just last year the actress sent Weinstein an invitation to her Broadway show.

As for the latest rape allegations, Weinstein unequivocally denies allegations of non-consensual sex.