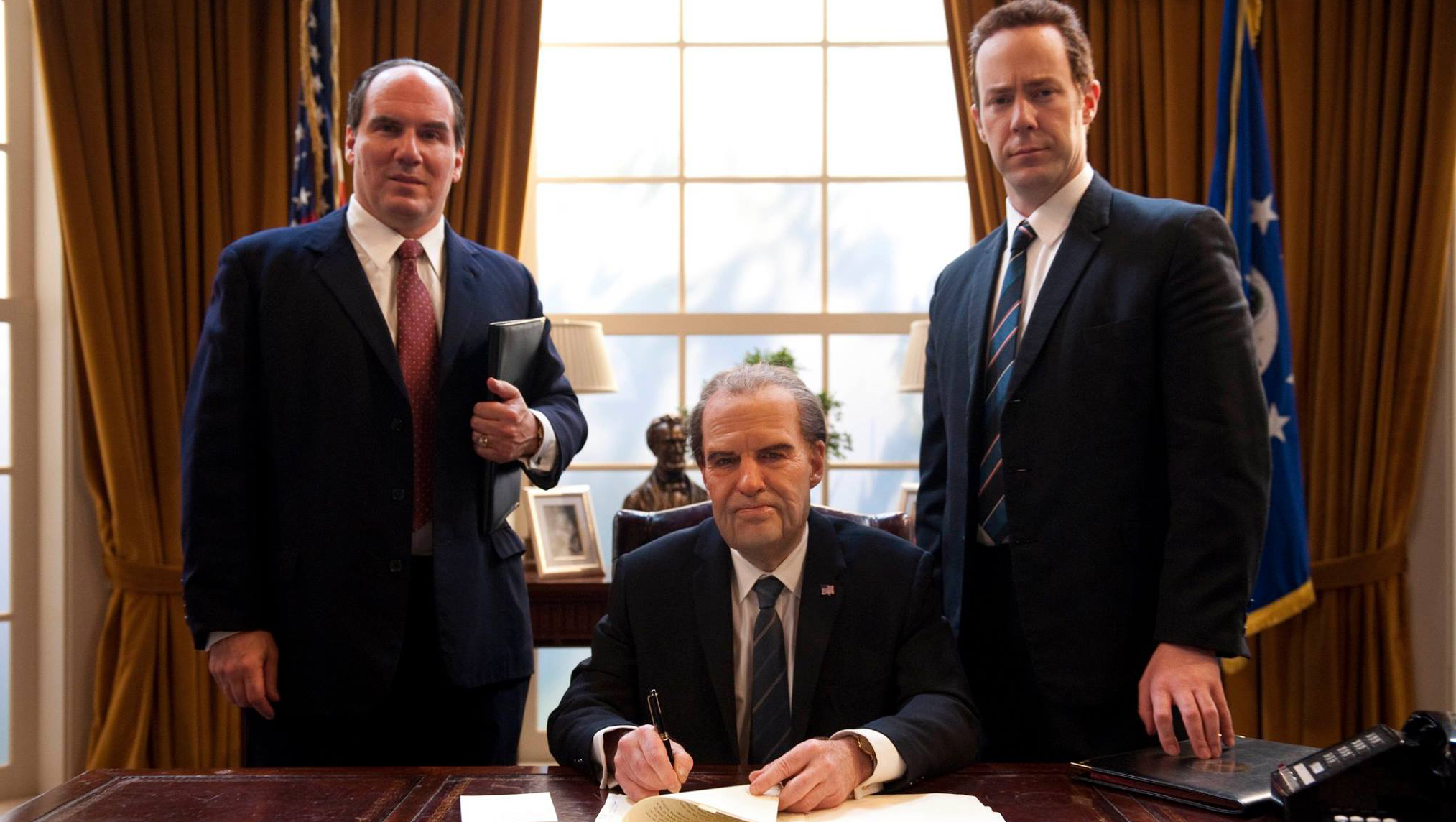 When people think of Richard Nixon, they likely remember the stern leader behind the Vietnam War, Watergate and an eventual resignation.

"Saturday Night Live" and "Simpsons" actor Harry Shearer wanted to offer a fuller picture of the former president, so he created "Nixon's the One," a six-part miniseries launched Tuesday on YouTube.

Shearer stars as Nixon, acting in correspondence to the actual audio from the secret service tapes taken in the Oval Office. The re-created scenes offer a day-to-day version of the ex-president that Shearer says people need to experience.

"I'd seen a fictionalized version of Nixon that just said to me, 'They don't have the guy that I know from this stuff,'" Shearer told CBS News. "They have just a general purpose movie villain, kind of. 'You kids get off the lawn,' kind of guy. And I'd always seen this strange, self-torturing, self-destroying guy who was, in my point of view, darkly comic. So I thought, let's do a show about that."

So, Shearer and Nixon scholar Stanley Kutler combed through hundreds of hours of audio footage, compiling the president's most humorous, damning and vulnerable moments from inside the White House.

Like a fly on the wall, the viewer watches interactions with cabinet members and confidants -- like Henry Kissinger -- and gets to experience the president's opinions on day-to-day life in America.

Even when those opinions aren't very presidential.

"A lot of it is still pretty shocking. He wasn't a fan of most different kinds of people, and didn't make any bones about it in private," Shearer said. "In one scene, he doesn't even know what he's watching, it turns out to be 'All in the Family' and there's a gay character and he just goes on this long rant about homosexuals, which he was not in favor of. And he ends it by saying, 'When I go to San Francisco I can't shake anybody's hand there.' I mean pretty amazing. Obviously he's a creature of his time, but he was a particular creature, and it was not all like that, even then."

There comes a point in the show when viewers may stop feeling like they're watching actors and actually think they're seeing secret footage of Nixon. That's the show's beauty. Shearer nails the body language and nuances of the character, and the result will definitely strike a chord with political junkies.

"I grew up in Southern California and Nixon was always a dark figure hovering over my life, as I envisioned it," Shearer said. "And I was in a comedy group starting out when he was president so I was doing versions of him and sketches featuring him pretty much all through that period"

Becoming Nixon was no easy task: getting into makeup and costume for the role took Shearer four hours every day, and an hour to get back out.

"I was the second to last person to leave everyday," Shearer said. "I have to see the guy in the mirror before I can start doing him. It was really important for me as an actor to do that."

Aside from playing the 37th president in the new miniseries, Shearer does the voices for Mr. Burns, Waylon Smithers, Ned Flanders, Principal Skinner, Kent Brockman and dozens of other essential characters on "The Simpsons."

As far as his favorite episode goes, Shearer says, "I have two: Three Eyed Fish, and season nine when Homer eats the magical pepper. I thought that was a beautiful episode."

The actor also co-starred in the cult mockumentary "This is Spinal Tap." There were rumors circulating this year about a band reunion, but Shearer would like to correct those: "I wanted to, but no."

Take a look at a clip from "Nixon's the One" below, and watch the full pilot here.