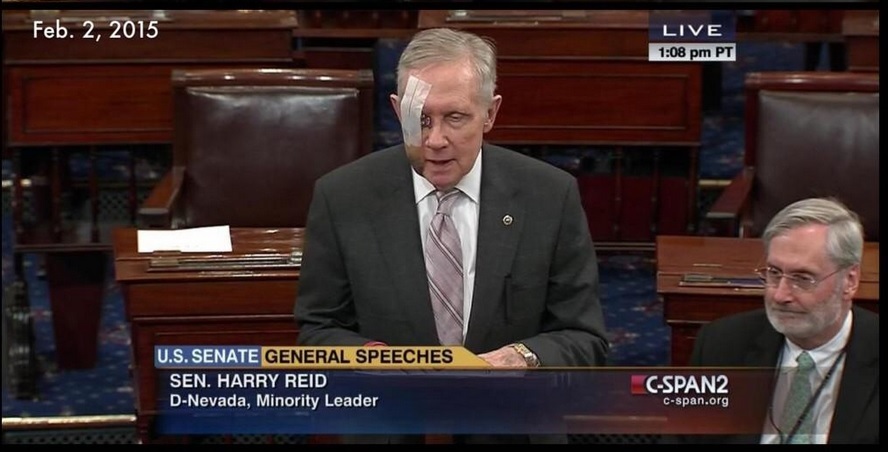 Senate Minority Leader Harry Reid, D-Nevada, returned to the Senate floor on Monday for the first time since suffering a freak exercising accident. The Democratic leader was still sporting a large bandage over his right eye, but he was ready to challenge the new Republican majority over its handling of homeland security funding.

Congress has yet to pass a funding bill for the Department of Homeland Security because Republicans are attempting to use the funding bill to roll back Mr. Obama's executive actions on immigration -- a move Democrats adamantly object to. If Congress doesn't pass legislation to fund DHS by Feb. 27, the agency won't be able to pay for some of its core operations.

To stress how important the funding bill is, Reid alluded to multiple recent terrorist attacks that have occurred around the globe. "All we need to look at is what's going on around the world," he said. "Terrorism is for real."

Reid underwent surgery last week in an attempt to fully recover his vision in his right eye, which was injured in an exercising accident last month. Reid, 75, was working out at his home in Nevada on New Years Day when his exercise equipment broke. The top Senate Democrat fell, breaking four ribs and several bones near his right eye, his office said in a statement at the time.