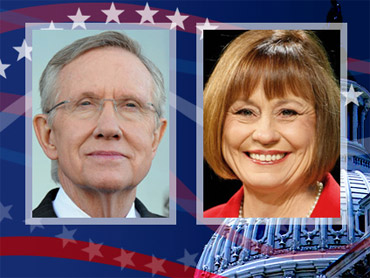 The most closely watched Senate race is in the country is in Nevada, where Senate Majority Leader Harry Reid is facing a tough challenge from Republican and Tea Party favorite Sharron Angle.

Reid is in the fight of his political life and pre-election polling shows the race is too close to call, reports CBS News correspondent Ben Tracy. To try to fire up his base he brought in one of the Democrats' best boosters: Michelle Obama.

"I am proud to be here supporting him today. Now Harry's not just a great leader, Harry is a good man," Obama told the crowd.

Reid called Mrs. Obama his "closer." He's hoping she can help get out the vote for him today.

But many experts believe Sharron Angle still has the momentum in this race. The latest polls show her up anywhere from 1 to 4 points and her Tea Party base is energized.

They have made Reid their No. 1 target in this election - hoping to take down the most powerful Democrat in the Senate. If Reid loses, he would be the first Senate Majority Leader to get booted from office by his state's voters in 58 years.

Thanks to early voting in Nevada, people have been casting ballots for two weeks now and it's believed that more than half the people expected to vote have already done so.

Sharron Angle plans to vote in her hometown of Reno Tuesday while Sen. Reid will be in Las Vegas campaigning and doing everything he can to get his supporters out to vote.

"They have to recognize that this is more of a repudiation of Barack Obama and the administration, and the leadership - the Democratic congressional leadership," he said. "They have to understand that pushing an ambitious agenda … is not exactly what the voters have signed up for yet. What they have to do is be a principled opposition but also demonstrate that they can help govern."

Democratic strategist Jamal Simmons said the massive influx of money for GOP candidates has been the biggest driver of their success.

"I think that a lot of surprises are going to happen during the day today and we'll find out. Some Democrats that people expect to go down will actually survive," he said.

The poll showing Reid down by four points "is not exactly the best poll" Simmons said, citing its inaccuracy when President Obama was elected in 2008. 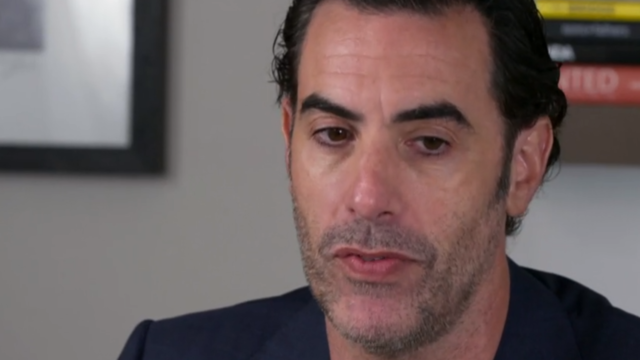