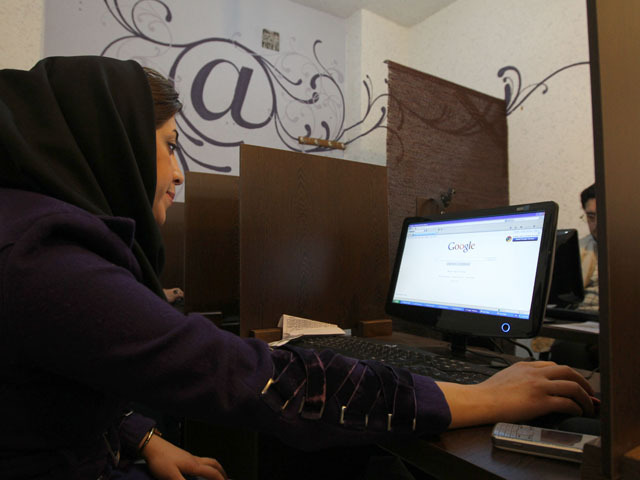 This guest column was authored by Milton Mueller is Professor, Syracuse University School of Information Studies, and author of Networks and States: The Global Politics of Internet Governance (MIT Press, 2010).

Responding to the desire of thousands of entrepreneurs and communities for alternatives to .com, the Internet Corporation for Assigned Names and Numbers (ICANN) has finally concluded that we should expand the domain name space. We can have web sites or email addresses with hundreds of new top level domain extensions, like .music, .berlin or .facebook, or new top level domains in Chinese, Arabic, Russian and dozens of other languages.

The policy decisions required to make expansion possible proved to be contentious. It took six years to achieve some level of agreement among the diverse groups involved. We thought we were in the end game of that process. But last week, a leaked document from the U.S. Department of Commerce showed that a crucial geopolitical battle is just beginning.

The Dept. of Commerce is trying to put governments in control of the Internet's domain name system (DNS). In an extraordinary reversal of the original U.S. approach to Internet governance, it is proposing that polices developed by ICANN be thrown out and replaced with policies approved by its Governmental Advisory Committee (GAC).

Censorship is one of the critical points of contention. The Dept. of Commerce is afraid that some proposed names, or the web sites that live under them, might be controversial. It would, therefore, like to give the world's governments unlimited authority to veto proposed domain names. It has flat-out rejected ICANN's plan, which would carefully limit censorship to names or proposals that contravene "generally accepted principles of international law."

The Dept. of Commerce's position is an assault on Internet freedom. If it has its way, any new domain name proposal could be censored simply because the name is controversial or offensive to an authority somewhere in the world. The U.S. is proposing that "any government" should be able to "raise an objection to a proposed [top level domain name] for any reason."

No defined legal standard would be required. There is no presumption that expression and innovation are innocent until proven guilty. China could object to an application for .humanrights in Chinese characters. Saudi Arabia could object to an application for .gay. The Korean government might object to a proposal in the Korean script because it would compete with their government-owned country top level domain. If other governments don't overrule those objections (and typically, they scratch one another's backs) ICANN would be forced to summarily reject the application, with no appeal. The U.S. has also rejected ICANN's proposal that objectors should be required to pay something to lodge an objection. A cost-free objection process invites parties to harass ideas or applicants they don't like.

Faced with this unpredictable process, applicants for new domains, who must spend six-figure sums just to apply, will self-censor and avoid anything controversial. The vitality of Internet expression will suffer.

It is astounding that this scary, retrograde idea is being championed not by China or Iran, but by the USA. Back in 1998, ICANN was called into being by the very U.S. Commerce Department that now proposes to eviscerate it. The Clinton-era government deliberately sought to privatize DNS governance so that the Internet's critical naming and addressing functions would not be subject to the jurisdictional fragmentation, factional geopolitics and stifling bureaucracy of the UN system. The Commerce Department White Paper authorizing ICANN says that it is settled U.S. policy "that neither national governments acting as sovereigns nor intergovernmental organizations acting as representatives of governments should participate in the management of Internet names and addresses."

Those were the days. Unless something is done to rein in the U.S. government, we will turn the GAC into a mini-United Nations. Governments will act as gatekeepers with powers of prior restraint over important forms of Internet expression. It is a dangerous precedent for other forms of Internet content control.

Although the U.S. can threaten ICANN with repercussions, the GAC is still just an Advisory Committee. ICANN has the legal authority to reject its advice. Let's hope that the ICANN board has the courage to stand up to the U.S. and that the Commerce Department itself is subjected to some needed oversight from Congress and the courts.

Is the Internet listening to your private conversations?