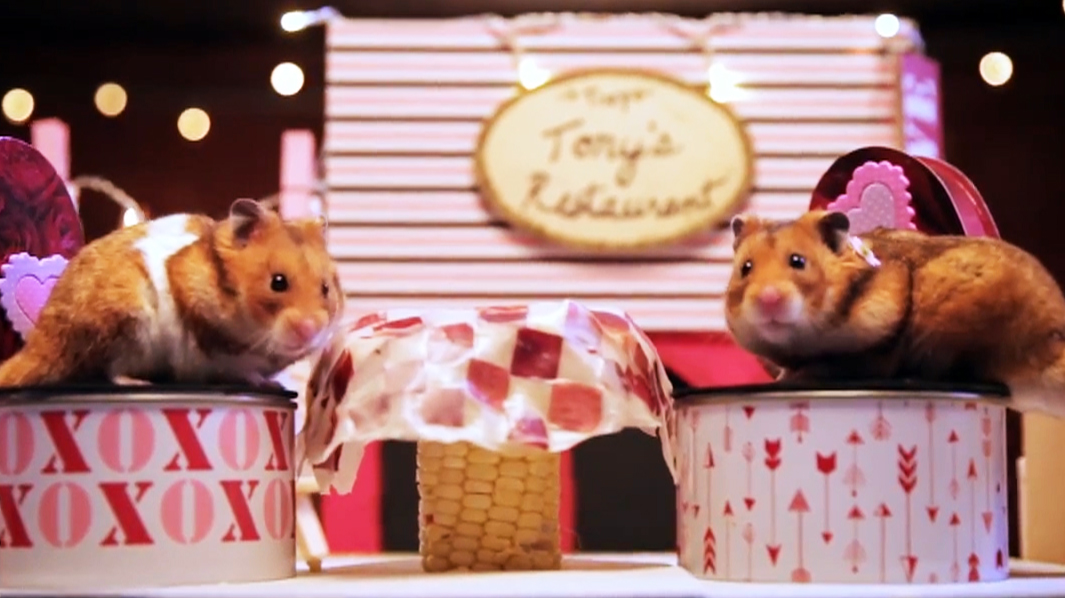 This week's most popular viral videos include a cat that's kind of a jerk, poppin' fried gnocchi, snoring like an airplane, GoPro pole vaulting, hamsters on a Valentine's date and Spot the robot struts its stuff.

First up, Jennifer Morales shared this video of a "gato malo," or "bad cat" in English. The flippant feline looks her owner right in the eyes before knocking items off the table.

Steve, from WebstaurantStore.com, can't contain his laughter after his plans to make fried gnocchi take an unexpected turn. He cranks the heat up too high, causing the balls of potato pasta to pop.

Best Vine Comps shared this piece of comedic genius. A clever gentleman grabs video of his poor, unsuspecting girlfriend snoring, and uses a toy plane to illustrate exactly what she sounds like.

Using a vertical pole to jump over a horizontal pole -- or pole vaulting -- isn't the world's most popular sport. But, it gets a lot more interesting when you shoot it on GoPro cameras.

HelloDenizen is back with the fifth installment in their Tiny Hamster series -- "Tiny Hamsters on a Tiny Date." Romance is in the air when the two lovable creatures take a tiny gondola ride and eat some fine cuisine from Tiny Tony's Restaurant.

And, meet Spot, the newest robot from Boston Dynamics. It weighs only 160 pounds and will probably render humans useless. Spot is equipped with a sensor in its head that helps it maneuver across rough terrain. But, perhaps most impressive is its ability to keep balanced when kicked from the side.