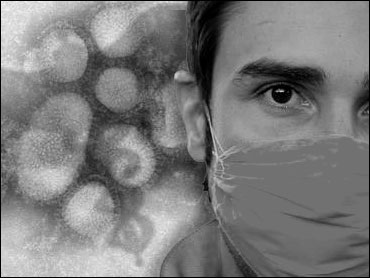 While we're nowhere close to what government planners say would be a worst-case scenario, health leaders at all levels have spent years planning for one. What they found was a grim picture of what could happen if a virus like H1N1 gets severely out of control.

The worst-case scenario report, CBS News medical correspondent Dr. Jennifer Ashton said on "The Early Show" Tuesday, predicts that about 30 percent of the U.S. population -- 90 million Americans -- could be infected.

The statistics, Ashton said, are based on a computer program that tracks and forecasts a path like a hurricane's. Part of the estimates, Ashton added, are based on infection patterns in the 1958 and 1968 influenza pandemics.

But with the World Health Organization estimating in May that 2 billion people could be infected next flu season, how likely it is this scenario?

Ashton said, "Hopefully not likely at all, but again, we want to prepare for a worst-case scenario, because they have social, medical and economic impacts."

Talking about worst-case scenarios is not meant to scare people, but rather to make them prepare. So how can you prepare?

Ashton said planning means talking to your employer to find out if you can work at home when you're sick or finding out what plans are in place at your children's schools. People should plan to check on homebound, elderly, impaired or sick neighbors in case the person who delivers care to them becomes sick himself.

"All of this is planning and it is critical," Ashton said.

Ashton said the regular flu season is also a concern because it takes a "huge medical and financial toll."

As for vaccines, Ashton said swine flu is still evolving, but there's likely going to be two vaccines.

She said, "People should really talk to their doctors about getting both of them."