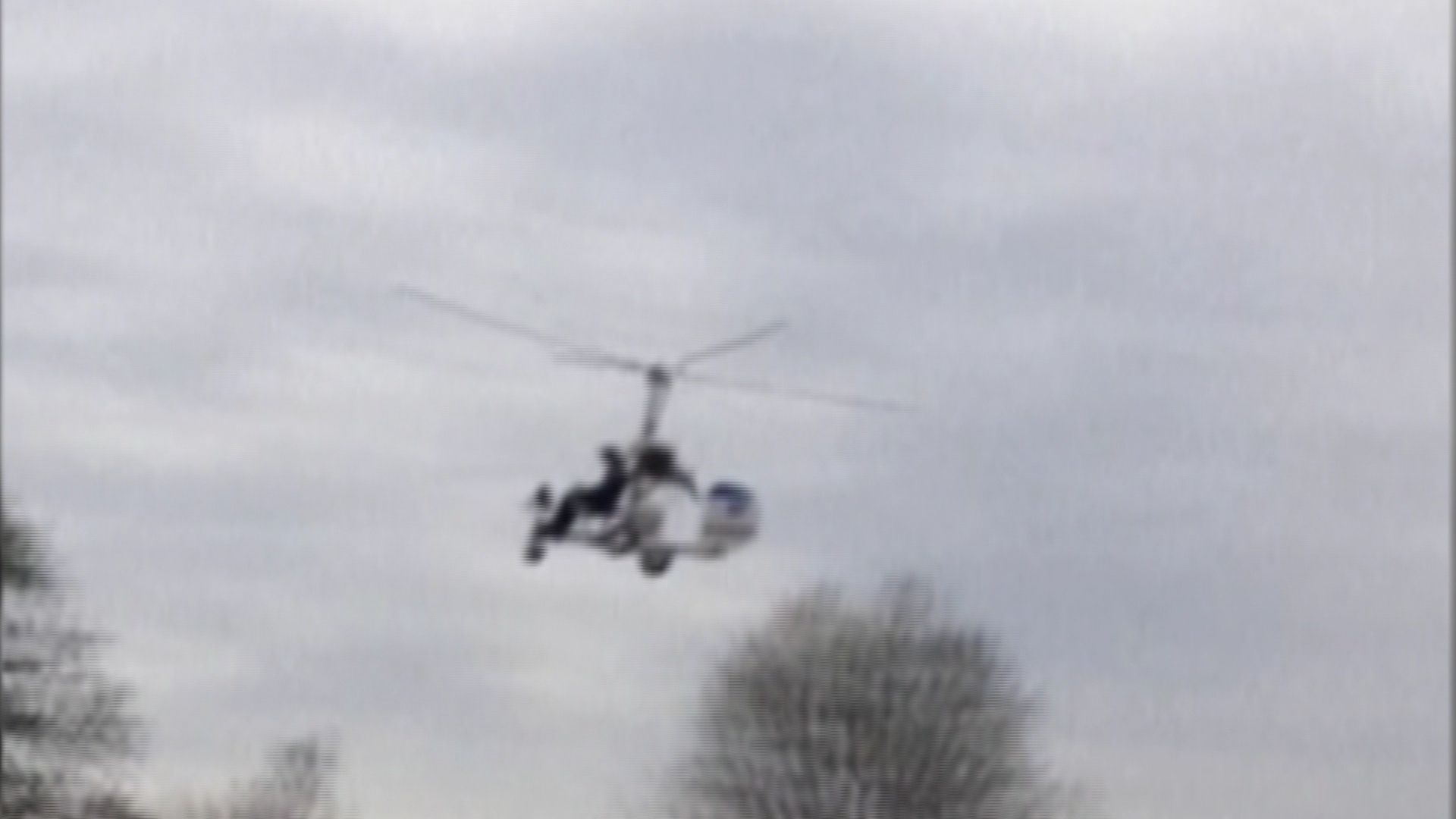 WASHINGTON -- House Oversight Committee Chair Jason Chaffetz had harsh words on Wednesday for postman Doug Hughes, who flew a gyrocopter through restricted airspace last week and landed it on the Capitol lawn.

"He is lucky to be alive," said Chaffetz, "he should have been blown out of the air."

But CBS News' Mark Albert reports Rep. Chaffetz reserved even tougher language for NORAD and the FAA -- which are responsible for monitoring airspace -- including the nation's most restricted patch of sky over Washington D.C.

"They chose not to brief us today and that's the heart of the question that we will be asking next Wednesday," he said. The Capitol Police also declined to attend the briefing on Wednesday, adding to Chaffetz and other lawmakers' frustration.

During the closed door briefing, officials from the Secret Service and Capitol Police revealed that multiple agencies had tracked the aircraft, saying "multiple weapons" were trained on Hughes, but security officials made a judgment call not to shoot him down, partly out of concern for the safety of people on the ground.

Chaffetz and others on the Hill made it clear they want a full explanation as to what was behind that decision, and they didn't get it on Wednesday.

Until Wednesday, it had been unclear whether Hughes might have managed to pilot his light aircraft into the heart of the nation's capital by flying so low and slow that he simply evaded detection until he was literally buzzing tourists' heads.

The Oversight Committee's top Democrat, Elijah Cummings, expressed frustration that members of Congress were never made aware of the potential threat.

Hughes flew into Washington from Gettysburg, Pennsylvania, intending to deliver letters to members of congress that day about campaign finance reform.

"I landed, I delivered the mail without anyone getting hurt, without any property damage, I succeeded," he said in an interview after the stunt.

The 61-year-old has since been charged with operating an unregistered aircraft and he remains under house arrest in Florida. If convicted, Hughes could face up to four years in prison, and heavy fines.