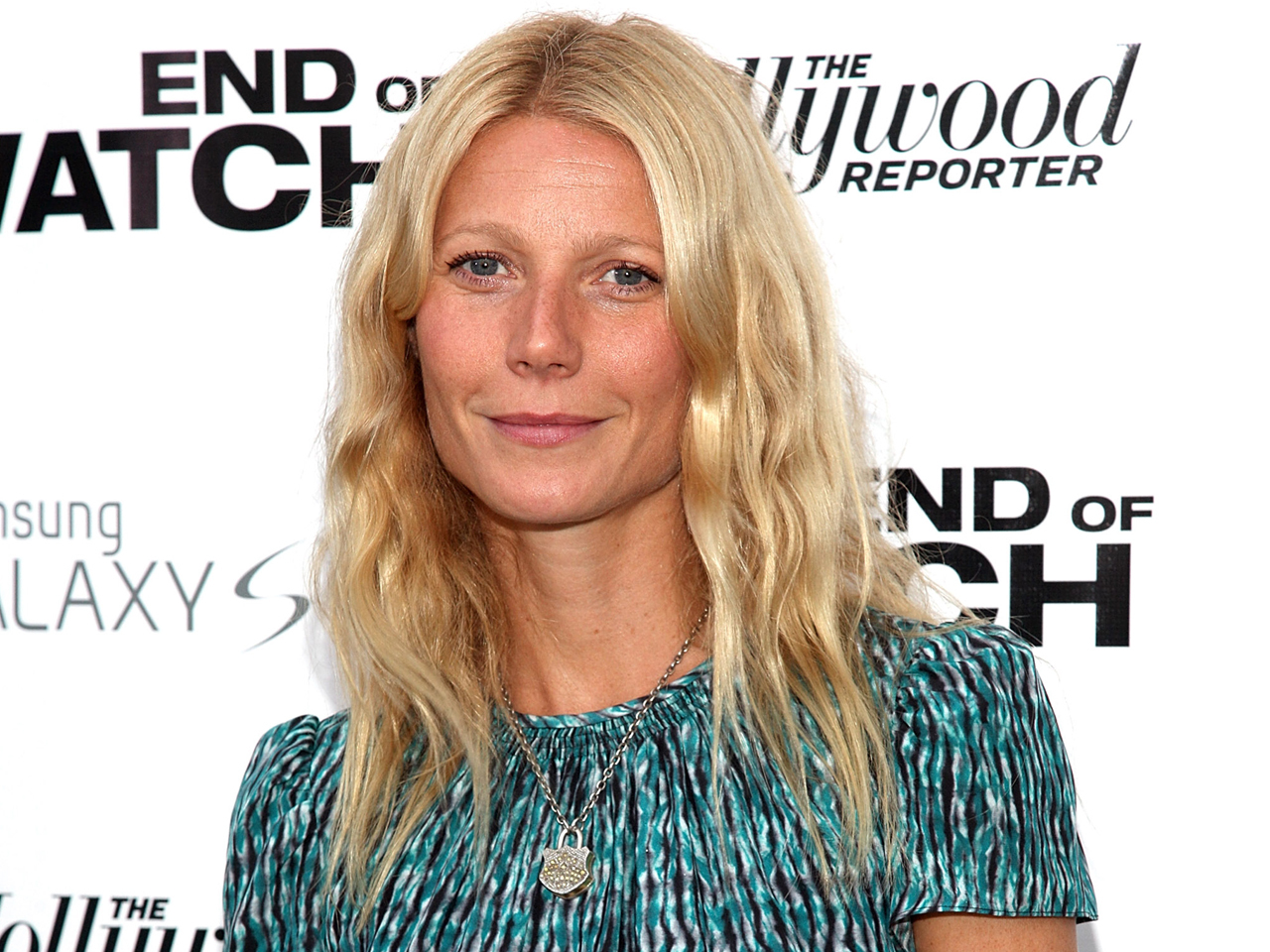 LOS ANGELES --Oscar-winning actress Gwyneth Paltrow faced her alleged stalker Dante Michael Soiu inside a Los Angeles courtroom yesterday during testimony that lasted nearly three hours as Soiu's trial for allegedly stalking Paltrow began. Soiu, 66, is the same man who was found not guilty by reason of insanity of stalking Paltrow 15 years ago in 2001 and was committed to a mental hospital, where a prosecutor said he stayed for six years.

Dressed simply in black pants and a white sweater, the movie star spent hours reading excerpts from 66 letters Siou had sent to her between 2009 and 2015. At one point she choked up and another time broke down in tears briefly before quickly regaining her composure and soldiering on to read more excerpts.

"I am not pursuing you. I am simply loving you," was one chilling excerpt Paltrow read which revealed Soiu's perspective on his obsessive letter-writing compulsion.

"The content of his letters was very, very scary to me - very disturbing to me," Paltrow said. In the excerpts Paltrow read, Soiu described his love for the actress, assured her their "marriage" was ordained, chastised her about religion and God, and rambled incoherently about religious ideology.

His letters were often single spaced, neatly typed, and lasting from three to nine pages in length, sometimes including handwritten notes professing his love across the top margin. Los Angeles County Deputy District Attorney Wendy Segall had a banker's box full of the letters sitting on the counsel table.

Paltrow took repeated deep breaths in the courtroom to maintain her composure and seemed to avoid making eye contact with Soiu until she was asked to identify him. At that point, she looked at him directly, described his location at the defense table, and his attire: glasses and a blue shirt with a gray sweater.

Segall, of the DA's Stalking and Threat Assessment Team, told the jury in her opening statement that Paltrow has been living with Soiu's threats for 17 years, since she won the Oscar in 1999 for the film "Shakespeare in Love." That's when, Segall said, "Mr. Soiu became dangerously obsessed."

"Ms. Paltrow's sense of security has been shattered by this man," Segall said. "She lives in fear for her safety and now fear for her two children's safety."

It was a letter Paltrow said she received in December of 2014 when returning home with her two children looking at Christmas cards that caused her to tear up in court. She said this frightened her because he had discovered her home address where she and her children lived, which she said made her feel "as a single mom" particularly "vulnerable."

Paltrow revealed that her fear over this development caused her to write her security guard asking about specific attack commands for a guard dog she owned, and for instructions as to where the "panic button" was in her home. Paltrow also revealed that a full time security guard lived in her home to protect her from threats including Soiu and another alleged stalker, Nickolaos Gavrilis, against whom she has a restraining order.

Soiu sat quietly in court, often shaking his head back and forth displaying his apparent disagreement with Segall's assertions. At times his right hand shook noticeably.

Soiu's attorney Lynda Westlund painted a very different picture of her client and his penchant for sending letters to Paltrow, arguing the letters were misunderstood.

"He is trying to do what he thinks he was born to do, minister to people, and he is actually quite aggressive about it," she told the jury in opening arguments. "What we have here on our hands is a lonely old guy who is writing letters. He certainly doesn't mean anyone any harm."

Westlund explained that Soiu also sent letters to Michelle Obama, Sylvester Stallone, and Julia Roberts, among others. She asked the jury to distinguish between the letters Soiu wrote recently, constituting the current charges against him, and his actions from 15 years ago, a different set of letters that led to the original charges which landed him in a mental institution.

Conversely, Segall wanted the jury to consider those early letters, which she believed constituted a pattern of behavior that was dangerous and threatening. Segall told the jury that beginning in 1999, Soiu wrote to Paltrow that her parents would die, sent her explicitly pornographic material, sent her sex toys, and traveled from Columbus, Ohio to surprise Paltrow's mother, actress Blythe Danner, at her Santa Monica residence where Paltrow occasionally resided in 1999 and 2000.

"He said in the letters that my body was full of sin and he would take a scalpel and cut it out of me. The letters were full of references to death and sex which to me was very disturbing," Paltrow told the jury about the initial round of letters which lead to the first stalking trial in 2001.

"He felt my parents were keeping us apart and said there was a curse on my family. He threatened that bad things would happen if they kept us apart."

Another passage Paltrow read from Soiu's letters to her stated, "Reject me and my words and God's vengeance will be yours." Paltrow explained she felt that was an "inherent threat."

"To me it means exactly what it says: If I reject him, something terrible is going to happen to me."

The tension built as Soiu's attorney Westlund cross-examined Paltrow regarding the letters. Westlund asked how Paltrow could feel so "terrified" if she sent an e-mail to her security guard explaining she was "a bit worried" about the Dante (Soiu) situation, implying Paltrow was not as fearful as she was expressing to the jury.

Westlund questioned whether Paltrow was even familiar with Soiu's letters or if her security handlers actually intercepted all of his correspondence. Clearly frustrated at Westlund's characterization of Soiu's behavior, Paltrow blurted out her own question directed to the attorney.

"If I were to come to you and say that the FBI told someone to leave me alone and they did not, would you say that was unlawful?" Paltrow asked. This prompted Judge Mark Windham to interject, literally crossing his hands in a "T" signal as if calling a "time out" in a basketball game, asking both sides, witness and defense attorney, to calm the interaction.

Soiu's trial will likely wrap up this week, leaving the jury to decide if his letters constitute dangerous threats as the prosecution suggests, or simply the harmless, religious ramblings of a lonely old man, as the defense contends.